Our Wedding Story: ‘We hired a camper van from Vintage Vans’ 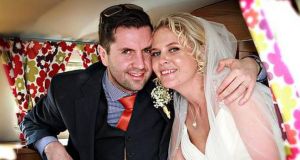 Engineer Alan (37), from Oldcastle, Co Meath, and nurse Audrey (39), from Mullingar, have been together for 12 years after meeting through Audrey’s brother, Michael, who was best man on their wedding day.

Alan proposed on December 23rd, 2013 at the Powerscourt Centre in Dublin outside the antique jewellery shops on the second floor.

“Would you like one of these?” he said, pointing at rings in the window. “Then he asked me to marry him,” says Audrey.

On May 29th, they were married in St Marys Church, Moylagh, Co Meath by Fr Ray Kelly (aka “the singing priest” who provided the church music along with EnChant) with a reception afterwards in Clonabreany House, Co Meath.

The bride wore a dress from Ophelia Bridal in Drogheda which she found with the help of her mother Kathleen and sister-in-law Jenny Shaw whose daughters Jessie (24), Abbie (19), Courtney (16), Holly (10) and Faith (5) were bridesmaids and flowergirls and who did hair for the bridal party. Groomsmen were Larry Boyle and Mark O’Connor.

The couple credit their parents, family members (Alan’s sister Anita McGrath of Celebration Cakes, Castlepollard, Co Westmeath made the cake) and friends (Maura Mulderry organised the hen party in Westport) for all their help and support in preparation for their day.

Audrey has a list of favourite memories including “walking up the aisle with my father Gene Shaw; seeing Alan for the first time; getting ready in the house with my nieces, sister-in-law and my parents. We hired a camper van from Vintage Vans and that was a really fun way to travel. The speeches were quite funny and both fathers, Connie and Gene, did a great job. As did the best man Michael . . . and Alan’s speech was very special to me.” 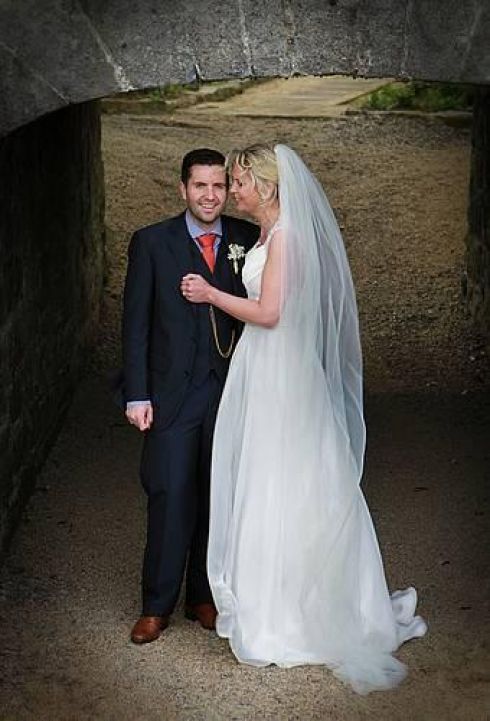 After a dozen years together, does married life feel different? “Yes, on an emotional level it’s hard to describe,” says Audrey, “We’ve always been very much in love and now that feels stronger again – which we didn’t think possible.” The newlyweds spent a week in Paris for their honeymoon.

Dry January is for chumps. My dry pandemic has been far tougher. Just ask my wife
4

Is this the best fish chowder in the world?
5

Coronavirus: Irishwoman in Cayman Islands on living under 24-hour lockdown
8