There’s nothing sexy about this hairless era

For many of today’s young women, to have hairy underarms and legs is embarrassing. Which is a shame, because hair is sexy 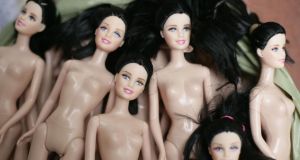 ‘Girls as young as 14 and 15 are waxing the hair off their arms, and every other part of their bodies. To be hairy isn’t womanly.’ Photograph: Dimas Ardian/Getty Images

Summer. Exposed flesh. Human hair must be banished. Discarded hair is clogging drains and sticking to wax strips everywhere. Brazilian or bush? No matter, just get rid of that hair. And it’s not just women and girls who are stripping off before exposing limbs and beach bodies in public. Men and boys are doing it too; just look around the gym and the beach.

They say that you are attracted to whatever you grew up with. For me, it was the hippy 1970s, when hair was cool. There was even a musical called Hair.

I had a friend in college, a woman, who was hirsute. She was beautiful and feminine with copious hair on her chest. Instead of getting rid of it, she wore low-cut peasant blouses to show it off. Sitting with her in the sun on the college green could be distracting, as even then it seemed radical for a woman to show off chest hair. And she slept with men. For her, chest hair didn’t signify anything but her own uniqueness.

Thirty years on, girls as young as 14 and 15 are waxing the hair off their arms, and every other part of their bodies. To be hairy isn’t womanly. The wax-or-shave argument is the only one they consider, and millions are spent on hair-removal products.

For many of today’s young women, to have hairy underarms and legs is embarrassing. Hair is too animal, too sexual, and nothing like the airbrushed women they see everywhere they look. Women are supposed to groom themselves to plasticine smoothness.

But there’s also a backlash going on. Instagram photos of young women showing off their hairy armpits and hairy legs have gone viral. There is a move back towards the 1970s, when hair was sexy. Men are growing beards again, and there is a 1970s return-to-nature vibe, which fits in with the whole sustainable, eco-friendly ethos that has developed. All that unnecessary use of shower and bathwater and shampoo and conditioner and shaving foam and aerosol spray scents is seen as wasteful and unethical.

God – or whatever you prefer to believe in – created a universe with bears that only eat bamboo. He/she/it also created human beings with vestigial hair that we don’t really seem to need.

The embarrassment about body hair runs very deep in society. In Hasidic Judaism, married women shave their heads and wear wigs or turbans. A woman’s hair is the basis of her sex, and thus must be suppressed.

It’s a form of misogyny that we practise in other ways as well. In the Catholic Church, women traditionally wore veils to cover their hair. In the 1970s you could tell Catholic women by the little black veils they wore to Mass. Brides are meant to wear veils, thus hiding their hair. Traditional First Communion costumes for girls had veils.

Hair is sexy. That’s why it’s there. They say you are attracted to the body hair style of your era, so someone who grew up in the 1960s or 1970s is likely to love body hair, while many younger people are more likely to be disgusted by it.

While I draw the line at hair sticking out of swimsuit bottoms – you might want a little trim – is there really any need to be as nude as a baby underneath? And as anyone who has waxed knows, the result can be red, irritated hair follicles that look like a case of the measles.

A survey by Askmen.com found that 88 per cent of men groom their own body hair and want to please their women in that regard, but when it comes to what they like to see in women, their responses vary. Forty-one per cent want a bare Brazilian or landing strip on a woman, 38 per cent prefer trimmed, 15 per cent like whatever makes the woman feel sexy (these are the good guys), 5 per cent go for natural (whatever that is these days) and 1 per cent “other”.

Quite what “other” means I will leave to your imagination.

It's crystal clear, making this soup is a job for the dedicated, or the deluded
8