The Sobriety Diaries: What I learned in one month without alcohol

In early May, a ‘normal Irish drinker’ undertook a minor social experiment: to give up drink for a month and write about it. Now it’s over. So is she getting drunk tonight? 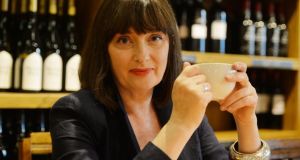 When you give up a vice, even temporarily, you secretly think that both you and the world will be remade. It is disappointing to find that you are still the same idiot you always were.

But so it has proved, even after almost five weeks off the drink: the one-woman social experiment I have been writing about this past month. It is amazing how rude, late and downright dumb one can manage to be while sober.

I also feel that that the lack of drama has let people down slightly. Friends – even nondrinking friends – suggested a manufactured lapse, a little alcoholic slip, just for the sake of diversion. No, I don’t know how I ended up with these people either.

Strangers have approached me and asked eagerly, “So when do you miss it the most?” And I have felt slightly panicked, like a man whose wife has asked him to tell her what he loves most about her.

I won’t say that I made things up exactly, but the answers were surprising, even to me.

It’s the “relief drink” I have missed the most. The drink you have when a long day is over. When you shut the front door behind the last of your guests. Or when you arrive at a destination after a frantic morning and traffic diversions and a mad drive through a rain-soaked jam to deliver people to a restaurant. (I had a huge dessert instead.)

The whining inner monologue about what we deserve to consume, what we’ve earned the right to consume and what we’re going to be rewarded by consuming is one of dreariest aspects of giving up drinking. And of continuing to drink.

The truth is that nobody cares if you’ve worked really hard this week, run the school sale of work or celebrated your birthday. Just drink or don’t drink, and leave the excuses out of it. Only in a culture emotionally dominated by the threat of deprivation would adults witter on about how we deserve to drink, or eat, or shop until we can hardly stand.

There’s no question that we’re a binge culture. We are very comfortable with excess , and I kind of like that.

It’s other people who make us worry. Like the medics at the University of Massachusetts medical school who this month defined an alcoholic binge as anything over four glasses of wine for women, and five glasses of wine for men. This level of consumption triggers an immune response in the drinker, they said. It causes the gut of the drinker to leak.

But Irish guts, like the Irish water system, can leak away in silence; we’re more worried about the new definition of an alcoholic binge. With luck those researchers never come to Ireland, because we would break their measuring system.

Maybe our binge culture makes it easier to take a break from drinking. Giving up alcohol is much easier than moderation.

Giving up alcohol is difficult only when you’re hungry and tired and stressed. You can get a little bit obsessed with it then. I’d like to apologise to my neighbour for boring her to death last Saturday about my not drinking. No matter that she was taking a wheelchair to an injured child at the time.

It is amazing what you can achieve just by sitting tight – or, rather, sitting sober. Alcohol promises us the opportunity to change the way we are feeling. When that prospect is no longer on the horizon we have to deal with our feelings. And guess what? Feelings change anyway. The stress passes. The traffic jam disperses. Your boss moves off to torture someone else.

So that’s what I’ve learned in the past five weeks. It’s not much really, is it?

I’ve also learned that most drinkers are worried about their drinking, and do not express those fears, because they’re frightened of being considered alcoholics.

I’ve learned that, despite evidence to the contrary in this country, drinking alcohol isn’t compulsory. We should do it only if we enjoy it. It’s the automatic drinking that’s a shame, and a waste – a waste of drink, besides everything else.

One of the most rewarding aspects of the past five weeks, besides the fact that I am now sleeping for Ireland, has been not just the response from Irish Times readers but also looking at alternatives to automatic drinking.

These included not only the Soberistas and Hello Sunday Morning websites but also the growing trend for alcohol-free bars. The Sober Sessions are a great idea from Áine Rynne. These are gigs in Dublin that are free of alcohol for both audience and musicians. The musicians, poor things, after years of abuse playing in the pubs of the nation, love it. The next Sober Session is in July.

I got a bit depressed reading Codependent No More and Drink, which should have been written by Fr Jack but was not.

The best exploration of drinking that I found was Drunk, a documentary play by the young theatre company Renters. After watching this funny, clever play you’ll never look at Abbeyfeale in quite the same way. The play is a work in progress that its creative director, Hanna Tatschl, hopes to stage in August.

Neither the Sober Sessions nor Drunk is receiving a penny of public money or commercial sponsorship.

I thought I was going to end this month with a bottle of champagne, or some gin. But I don’t feel like it, for some reason. Of course I’ll have some alcohol soon. I just don’t know when. That’s a good feeling. I recommend it. Series concluded

Let there be light in improved Georgian Village original for €1.9m
6

‘People think I’m drunk because of my slurred speech’
8

What should you say to someone bereaved by suicide?
9