Time of My Life: Aidan Comerford on a moment that changed everything with his two girls 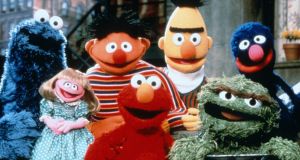 "Something happened that had never happened before. The girls climbed up and sat either side of me."

The Time of My Life is a weekly column about a moment that changed someone’s life – for the better or the worse. This week, comedian and author Aidan Comerford on a special moment with his daughters

Martha and I planned to have an awesome family, like The Brady Bunch but even cooler, if that’s possible. I would be the dad who enlightened and entertained, somewhere between an extremely hip Pa Ingalls from Little House on the Prairie and a self-aware Homer Simpson, while Martha would teach the kids how to eye-roll at their dad’s bad jokes.

Then we discovered that both of our daughters, Ailbhe and Sophie, are on the autistic spectrum. Like most parents, at the start, we only understood autism as a movie trope: social ineptitude married to marvellous maths. “No, Aidan, you can’t bring the girls to Vegas,” Martha would often say. She had a point. They’re not good at maths. We would have lost everything.

Early on, they both struggled in different ways with speech, social interaction and eye contact. I assumed that as they grew, and they lost their childhood love of rough-and-tumble, that I wouldn’t be able to make them similarly smile with words. How could they even begin to understand that Dad’s jokes are of the type that are so bad that they’re actually good? (Although, that’s a concept that Martha seems to struggle with as well.)

Their relationship back then could be best described as a truce

One Saturday morning, when Ailbhe was four and Sophie was three, the three of us were in the sitting room together. They were sitting on floor cushions, very much apart. Their relationship back then could be best described as a truce, although they did both love Bear in the Big Blue House, and repetition. I was on the couch, trying to quell the homicidal thoughts I was having about Tutter, the horrendously loud mouse in the Big Blue House. I took out my phone. YouTube suggested a Sesame Street video where Ricky Gervais sings Elmo a lullaby. “Oh YouTube, sometimes I think you’re the only one who truly understands me,” I thought.

As I watched it, something happened that had never happened before. The girls climbed up and sat either side of me. When I laughed at the silly bits in the video, they laughed too. When the video ended Ailbhe said, “Again!” I looked at Sophie, and she was actually looking back at me! She couldn’t speak, but I knew what her eyes were saying: “What are you waiting for, Dad? Murder that repeat button.”

With therapy, Ailbhe’s speech improved so much over the years that one day I was able to take her to a kids’ comedy show. She even developed taste. Afterwards she said, “Dad, why can’t you write jokes as good as that?”

While she often requires a lot of patience, she also has a beautiful laugh

Recently, Sesame Street introduced a character with autism called Julia. When I watched that video for the first time, my eyes welled up. Julia is so like Sophie. She plays, she sings, she can speak her needs, and while she often requires a lot of patience, she also has a beautiful laugh. Julia even has red hair too, although Sophie’s skin is a little pinker.

If you want to dispel some of myths about autism google the Julia video, and murder that repeat button.