Depression and isolation have hit Northern Ireland’s large Polish community hard: a concerned group is doing something about it 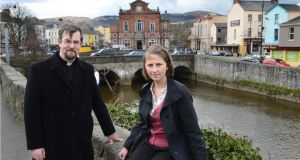 Jerome Mullen, a retired Newry-based businessman and rather busy honorary consul for Poland in Northern Ireland, is thinking back over the past difficult 12 months, counting his fingers to make his point.

“We’ve had five suicides in the last year. In fact, in the three months up to January there’s been one, two, three, four suicides,” he says. “There is a disturbing situation here, and something needs to be done.”

Mullen is working with an eclectic bunch of people – a Polish priest, a Polish academic, a local man who lost a son to suicide 10 years ago, a Newry Sinn Féin councillor and others – on a coordinated multi-agency structure that would provide a haven, a help and a resource for Polish migrants suffering from depression, loneliness, isolation and suicidal thoughts. But it’s complex.

The last case he dealt with was that of 24-year-old Bartosz. “He had two jobs, working in a printing company and in another place at night, but he had a gambling problem,” says Mullen. “His brother tried to help him, to stop him gambling, and to get his finances under some control – so did his friends – but he had the gambling compulsion.”

Mullen suspects he was also in hock to loan sharks. “He ran up a debt and he could not pay it back. It was only about £1,600-£1,800 [€1,870-2,100]. I think he was under pressure as well because there was a kind of threatening message found on his phone after his death. He was trying to win back his money and just getting further into debt.”

Bartosz was found dead in early January, a short time after another young Pole, understood to be a friend of Bartosz, took his own life on Christmas Eve in Newry. There is a suspicion that gambling may also have been a factor in his case.

What’s happening with vulnerable Polish people reminds him of what he observed with fellow Irish people when he went to work in London in 1959.

Most Poles arrived after Poland joined the European Union in 2004. Fr Stan Hajkowski, who says 9.30am Mass in Polish every Sunday in St Brigid’s Church in Newry, suspects that since the economic downturn the number may be closer to 2,000 than 3,000. Five suicides in a year from such a community is disquieting. There are 16 suicides per 100,000 people in Northern Ireland, on average.

The church could be a useful focal point where information about services for people suffering from depression could be easily disseminated, but because so few attend the church, this opportunity is not present.

Fr Hajkowski says about 70 attend the Polish Mass, with perhaps a similar number of Poles going to the English Masses in Newry. Poland, like Ireland, has a reputation as a Catholic country but the 57-year-old priest, who has also worked with Polish migrants in the US and England, says most of the emigrants are aged 20 to 35 and “religious practices are not on the top of their agenda . . . They are outside the faith community; they are outside the extended family they would have in Poland.

“We have very young people and very often there are problems of integration. Their language is not good enough to integrate with wider society.

Mullen, Fr Hajkowski and Dr Justyna Bell, a 29-year-old Cracow native married and living in Belfast, say the problem is crying out for a co-ordinated approach. They point to one practical problem that should be capable of a relatively easy resolution.

Bell, with others in Queen’s University’s Department of Sociology and its Centre of Excellence for Public Health at its School of Medicine, is conducting a study on mental-health problems in the North’s Polish community.

She says many Poles who come to work here have masters degrees that are often not recognised in Northern Ireland. In particular, there are people with degrees in psychology or who have studied psychiatry to a high level who could be recruited to provide counselling.

Bell feels this is a resource going to waste. This would do away with the need for interpreters at counselling sessions and medical interviews because they would have the language.

“It is hard for people to open up in front of a third person . . . what is important is that people are able to talk about their problems,” says Dr Bell. Many Polish people working in lowly-paid jobs are hugely over-qualified, she adds, another factor that can lead to depression.

She says that mental-health issues can be “taboo” subjects for Poles, although “that is slowly changing”.

Distressing
Local Sinn Féin councillor Pat McGinn works in the Cuan Mhuire centre in Newry, which helps people with addiction. He has taken an interest in the cases and tried to assist one of the young men who died. “It is essential that trusted, accessible community-based facilities supported by skilled and experienced mental-health professionals are made accessible to all those in need of such services, whether they be local people or migrants,” he says.

Mullen has been in touch with Séamus McCabe of the Public Initiative for the Prevention of Suicide and Self-harm (Pips). It was formed in Newry 10 years ago after McCabe’s 20-year-old son, also Séamus, took his own life.

McCabe understands the ripple effect suicide can have on family, friends and a community. He and Mullen, with people such as Hajkowski, Bell and McGinn providing solidarity and support, are exploring how Pips could provide an adjunct service to vulnerable Polish people.

Mullen, Hajkowski, Bell, McGinn, McCabe and many others want to channel all their positive energy into a structured, coordinated support system. To do that, they require official and professional assistance and funding. “I am a father and have family members living and working away from home and I would want to think that if they were in similar type of trouble, that there would be someone or some service there to try and help them,” says McGinn.

Mullen and the others agree that if the expectations of Polish migrants don’t work out, many experience a “shaming” sense of failure they won’t want people to know about back home in Poland.

“They are very intense people in the sense that they have come here with expectations of a better life, of a more prosperous life, of being able to take care of their families back in Poland. And remember some are separated from their children, from their wives,” says Mullen. “They want to work, they want to make money, but if it does not work out for them, they can find it very hard to take.”