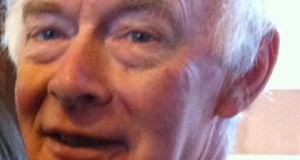 Joe Wyse: from modest origins in a basement in Rathgar in Dublin, the former bank manager grew Wyse Property Management into the largest residential property management company in Ireland

It may be an exaggeration to say that Joe Wyse, who has died aged 74, created a new industry in Ireland, but the statement nevertheless contains a large element of truth.

From modest origins in a basement in Rathgar in Dublin in 1980, the former bank manager grew Wyse Property Management (WPM) into easily the largest residential property management company in Ireland with a direct, hands-on approach which saw success achieved by attention to detail.

After leaving school at Gormanston College in 1959, Wyse joined the National Bank, serving in various locations including Abbeyfeale, Killarney and Dublin and finally, in the late 1970s, becoming an assistant manager in Bray, Co Wicklow.

He was born in Listowel, the eldest child of Jim, also a bank manager, and Kitty (née Doyle).

It was while stationed in Bray that Joe, then still a bachelor, was told by his friend and colleague Nuala McNamara, that it was company policy not to promote unmarried staff to manager. This gave him the push he needed to go out on his own.

The company grew very rapidly and today employs more than 70 staff. It succeeded, remarkably, in retaining all its employees through the 2008 property crash.

Wyse was innovative also in founding a computing business with software specially designed for the Irish apartments market by technical director George Murphy and in creating new types of lease arrangements.

Joe Cosgrave believes that part of Wyse’s success was down to his having “a great way about him … he was a bit of a psychologist, a problem-solver rather than a problem-maker”.

Outside of business, Wyse collected antique locks, and helped found the European Association of Antique Lock Collectors, hosting its annual conference in Dublin.

A keen golfer, he was a member at different times of Lahinch, Edmondstown and Royal Dublin clubs. A member also in his early days of the Aer Lingus choir, he had a wonderful bass voice, which he used to great effect in his singing of Ol’ Man River.

He was active in Gormanston Past Pupils Union, being a committee member up to the time of his death.

Joe Wyse eventually married, aged 48, Josephine O’Keeffe, who had set up and run one of the first Irish restaurants in Paris in the 1980s before returning to Dublin.

Josephine survives him, with their sons James and Tim. He is also survived by his six siblings, Michael, Anne, James, Barry, Fiona and Peter.

Shame-free sex education: It’s So Amazing! And only a little bit mortifying
6