Our wedding story: ‘We couldn’t conceive of spending too much on self-celebration’ 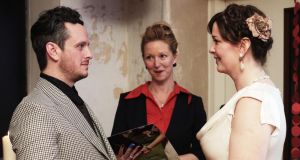 During the 2010 Dublin Fringe Festival, Aideen McDonald paraded through Temple Bar on stilts dressed as a giant bridezilla in a performance called The Bridal Solution, in which the effigy was crucified and sprayed with the colours of the rainbow.

No surprise then that she and Gary Bedford decided not to go down the traditional route.

“We couldn’t conceive of spending too much energy or money on self-celebration,” said the bride.

Lorraine Mancey O’Brien – described by Aideen as “nothing short of a talented writer, pre-marriage counsellor and a wedding planner all in one” – married them in front of 80 people at the Drury Buildings in Dublin. The wedding took place on St Valentine’s Day, which was their four-year anniversary. 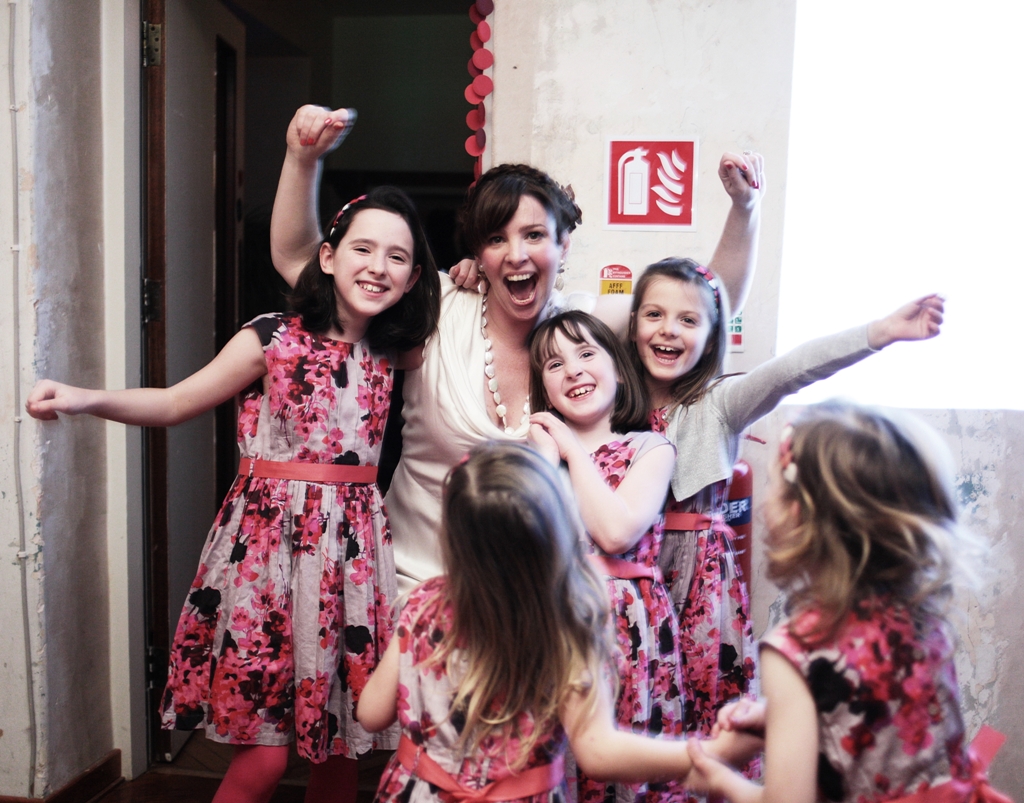 The ceremony included a celebration of the elements, with family members pouring sand and water and lighting candles. Instead of presents, guests were asked to share words of wisdom on life, love and marriage, and these were included in the ceremony and displayed around the room.

Their five nieces were flower girls who danced to Let It Go from Disney’s Frozen and brought up the rings. “Flower girls are a sweet tradition . . . I didn’t want to do any kind of aisle action so we had to come up with some form of alternate pageantry.”

“The highlight for us was most definitely making our speeches during the ceremony . . . we’re glad to have honoured our families publicly for all their support in life and to have made public and official a very private commitment to be each other’s best friends for life.”

It was also fun. “I had wanted to wear red and for both of our parents to make a speech but in the end I found a white dress that was flattering and cost €88 in the sales, and my mum chose to make our cake, not a speech. Making bunting for the room, organising lovely flowers (Ginkgo florist), deciding on canapés and charcuterie instead of set dining, a giant tiered cake of cheeses (Corleggy cheese), a DJ instead of a band”.

Aideen is also a celebrant with Marry Me Ireland, and she and Gary, who live in Easkey, Co Sligo, are just back from an “uncharacteristically luxurious” honeymoon in Thailand.