Our wedding story: ‘He knew before our first date that he’d marry me’

Siobhán Wilkinson had given up on the idea of marriage before she met Brian, “but when you find the right guy, there’s no turning back”

At 45, Siobhán Wilkinson (née Ferris) had “quite frankly given up on the idea of getting married, but when you find the right guy, there’s no turning back.”

Originally from Faha, Co Kerry, Siobhán was studying at UCD in 1988 when she went to New York on a J-1 visa. 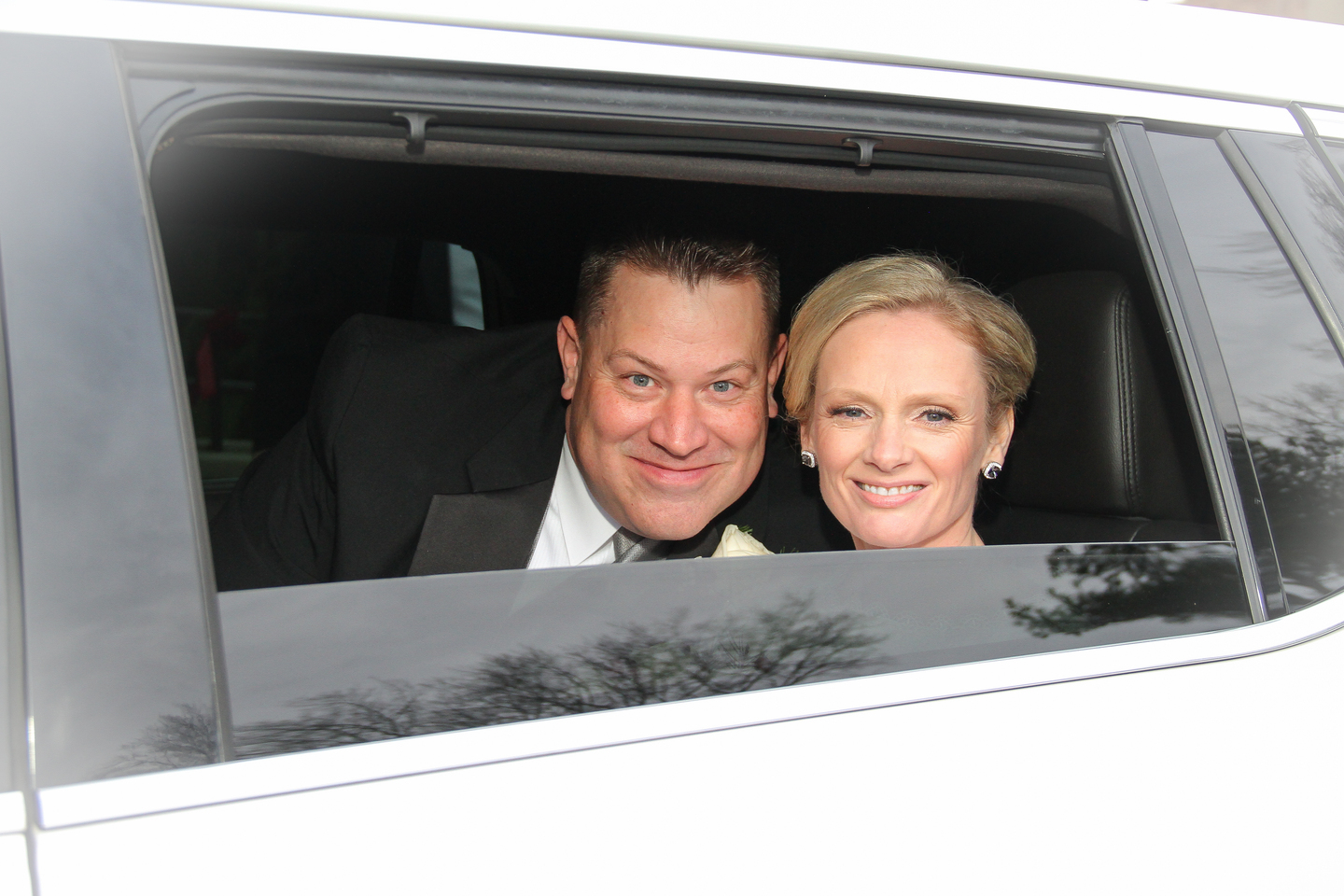 As fate would have it, she hated the city and moved to Seaside Heights in New Jersey. After spending the next three summers there, she decided in 1991 to stay permanently and started working at the Coin Castle arcade, where she has been ever since.

Then, six summers ago, “a handsome fella” came to work: a New Jersey man, high school teacher and football coach Brian Patrick Wilkinson. He turned out to be “the right guy”.

Their first date was “very casual” – on a dock by the river in Island Heights in summer 2013. Which was the spot where Brian proposed on March 1st, 2014. “If you ask him he says he knew before our first date that he’d marry me,” she says. “I on the other hand was a little slower – hopeful, but dubious.”

Their wedding took place on December 28th – the date Brian's parents married in 1968 – at St Joseph's Church in Toms River, New Jersey. At the reception for 190 in Toms River Hotel, their first dance was to Can't Take My Eyes Off You by Frankie Valli and the Four Seasons.

The bride wore her mother Eileen’s 48-year-old wedding dress and the diamond in her engagement ring belonged to Brian’s grandmother, Orva Meredith.

The bridal party included Siobhán’s sisters, Evelyn Erler (matron of honour) and Pauline Ferris (bridesmaid), the groom’s brother Timothy Wilkinson (best man), and his children from his first marriage, daughters Reilly (10) and Delaine (9) (junior bridesmaids), and his eight-year-old son Donovan (junior best man). “The best wedding present ever was that my best friend of 41 years, Mary Buckley, flew from Ireland – after telling me she wouldn’t be able to make it,” Siobhán says.

The Wilkinsons “mini-mooned” in the Pocono Mountains, Pennsylvania, m and will continue living in Toms River.

Angelina Jolie alleges Brad Pitt physically and emotionally abused her and their children
How to get by in a 3m by 3m apartment: ‘Small living has helped me think twice whenever I want to buy something new’
Michael Harding: I was waiting for new tyres when God Save the King rinsed Charles’ eardrums. I felt his pain
‘Irish people are too good — whenever you need help, they’re there for you’
The town that Charles built: A prince’s plaything or architectural theme park?

Jailed ex-garda John Murphy at centre of investigation into leaks to Hutch gang
Irish man Rory Mason killed in fighting in Ukraine
Witness protection: A life of exile, anxiety and poverty
Stacey Solomon: ‘In the street, my dad would have to say ‘She’s 10!’ to everyone looking at me. It was so gross’
Woman sues children’s hospital over disclosure of test results to father