OCD: it’s like having a bully inside your head

Obsessive-compulsive disorder is suffered by up to 3 per cent of the population. It is often made fun of, but the dark thought processes behind the ‘doubting disease’ can be traumatising, even life-destroying 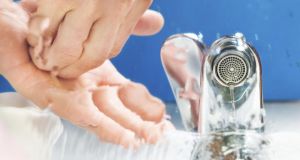 ‘If someone believes that their parents or children will die if they don’t perform the ritual, it becomes highly distressing.’ Photograph: Getty Images

Obsessive-compulsive disorder (OCD) makes the feeling of uncertainty intolerable. For most people, fears or doubts tend to drift in and out of our lives. We learn to put them into context, dismiss them as inconsequential and move on.

However, for those with OCD – between 2 and 3 per cent of the population – these unwelcome thoughts can become all- consuming, repeating in the brain like a record stuck on the same line of a song.

In Ireland, the disorder is the third most common concern reported to St Patrick’s mental-health support services, after depression and anxiety, while the World Health Organisation lists it as one of the 10 most debilitating illnesses. Yet it takes an average of nine years for someone with OCD to be diagnosed correctly.

One reason is that the disorder is not always outwardly evident, as sufferers often keep the thoughts they grapple with a secret. But for some people, such as 26-year-old David Bass, the havoc OCD causes can be impossible to hide. At its worst, the condition’s ability to instil doubt has caused him to contact the police and confess to crimes he hasn’t committed.

When Bass was 13, the sight of a friend vomiting in school triggered a fear of getting sick, causing him to open doors with his feet and wash his hands so excessively that they would bleed. His OCD has appeared intermittently over the years, varying from a need for orderliness to the fear that he has knocked someone down while driving, both of which are common symptoms.

Nicknamed “the doubting disease”, the disorder is associated with hyperactivity in the part of the brain responsible for regulating distress. It also sets off compulsive behaviour, such as repeatedly checking locks and switches, which temporarily quells this sense of alarm.

“The compulsions give you a quick fix,” says Bass. “It makes you feel like you’re doing something about it, like you’re maintaining control over the problem. But that’s a trap, because it just feeds into a vicious cycle: the more you do the rituals, the more you need to do them and the worry just continues.”


Gradual recovery
In 2010, Bass began interviewing film stars as a presenter for ITV A t the Movies when he developed a fear of sweating that kept him awake at night. Two years later, his OCD required hospitalisation, and he has been slowly working towards stability ever since. “Whatever positivity or success you have in your life, OCD will throw a spanner in the works,” he says. “Once you think you’re over one thing, it will throw up something else. Some people say, ‘It’s mind over matter; just ignore it.’ But the more you try to fight it, the more power it gains. There’s no logic that can convince you otherwise.”

The disorder is like having a bully inside your head, says psychologist Leslie Shoemaker, an adviser to OCD Ireland and a lecturer at DIT. “It goes through your personal filing cabinet, finds your vulnerabilities, and attacks the things you love and care about. Uncertainty is key. It will latch on to that and run away with it.”

Thought processes can become so distorted, says Shoemaker, that she often sees patients questioning their core values. “Someone might be walking along, see a child and think, ‘What a gorgeous little girl’. But then they panic because they think, ‘God, what does this say about me? What if people knew I was having this thought? Does this make me a paedophile?’ Whereas the average person would think ‘What a pretty little kid’ without a second thought. It’s important to understand that people with OCD have the same thoughts as people without OCD. The difference is the interpretation.”


‘Huge amount of shame’
The fear of being responsible for harm is so prevalent among OCD sufferers that Shoemaker likes to compare them to superheroes: they both take extreme measures to protect others and lead double lives. “There is a huge amount of shame, and that prevents people from getting help, which breaks my heart because OCD is so treatable,” she says. “The therapy and medication keep improving. There is more help than ever before.”

But there is still some way to go, she adds, both in terms of specific training for GPs and increasing public awareness. Despite high-profile cases – Leonardo DiCaprio, JK Rowling and David Beckham have all struggled with the disorder – stigma and misconceptions are rife.

“You can often see people doing rituals on the train or the Luas,” says Debbie van Tonder, a cognitive behaviour psychotherapist who specialises in anxiety at Dublin’s St Patrick’s Hospital. “And because people don’t understand the complexity behind that, they might make fun of it. But if someone believes that their parents or children will die if they don’t perform the ritual, it becomes highly distressing. That’s why they’re enacting these sometimes bizarre behaviours that even they recognise as excessive or irrational.”


Aideen’s story
Aideen, a 22-year-old student from Dublin, asks that her real name not be published due to the negativity she has experienced after previously speaking about OCD. Though Aideen has struggled with anxiety and compulsive hair-pulling since the age of eight, her disorder was not diagnosed until 20 months ago while she was receiving treatment in hospital.

“In one sense I felt like, ‘Thank God I know what’s happening’, and in another way I thought, ‘How was this missed until now?’ ” she says. “When I was growing up, there was no procedure I went through, no way of talking to my parents or the principal about my feelings. [The reaction] was just: ‘Don’t do it.’ Things are getting better – there are support groups and all sorts of information about OCD now – but I’m still desperately trying to break the stigma.”

David Bass feels the same. “The public perception needs to change,” he says. “Just because OCD isn’t visible doesn’t mean it’s not traumatising or life-destroying. For people to think it’s something quirky is not just naive but unhelpful.”


OCD: SIGNS YOU MAY NEED HELP – AND WHERE TO GET IT

Tell-tale signs
l Having obsessive thoughts that cause distress and functional impairment. These may include fear of contamination; fear of causing harm to yourself or others; intrusive, sexually explicit or violent images; a need for orderliness or symmetry.
l Trouble getting to and from places due to repetitive behaviour or mental acts. This may include checking locks, switches and appliances; hoarding; excessive cleaning; counting, praying or tapping to reduce anxiety; rearranging objects so that they appear “just right”.
l Excessive and persistent rumination. This may include chronic self-doubt, avoiding certain situations or people, repeatedly seeking the same reassurance, fears of being a bad person.


Seeking treatment
l Consult your GP and ask for an assessment. The standard treatment for OCD is cognitive behavioural therapy from a practitioner with suitable experience, often in conjunction with a prescription of selective serotonin re-uptake inhibitors (SSRIs).
l Mindfulness meditation can also prove beneficial.
l David Bass treats his OCD with Alpha-Stim, a pocket-sized device that calms the body through electric currents (alpha-stim.co.uk). However, the specialists spoken to for this article do not consider this to be an evidence-based treatment.