Experienced search and rescue pilot who saved many lives 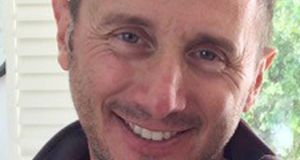 Mark Duffy, who has died aged 51, was co-pilot of the Irish Coast Guard Rescue 116 helicopter which crashed off north Mayo last month with the loss of all four air crew on board.

The experienced search and rescue pilot had saved many lives and assisted many people requiring medical help during his 16-year career with CHC Ireland.

“When you make a difference, there is no better feeling than that . . . it’s priceless,” he said of his job with the Irish Coast Guard in an interview with Co Louth radio station LMFM in December, 2013.

Tributes on behalf of the Irish people have been paid to the late Capt Duffy and his colleagues by President Michael D Higgins, Taoiseach Enda Kenny and Defence Forces chief of staff Vice Admiral Mark Mellett.

Capt Duffy’s body was recovered last Sunday by Naval Service divers from the cockpit of the aircraft lying in 40m of water off the north Mayo coast. Senior pilot Capt Dara Fitzpatrick (45) was the first casualty of the air crash, and the search is still continuing for their winch team colleagues, Paul Ormsby and Ciaran Smith.

He paid for his first flying lesson at the age of 16 with money from a part-time summer job in Dundalk, and managed to secure a helicopter flight with the late US army captain John O’Sullivan, one of the most decorated US army combat pilots, who lived near Termonfeckin.

Aer Lingus turned down his application for fixed-wing training as he didn’t have honours Irish, and he was driving plant machinery when he decided to borrow money from his mother and the local credit union for private flying lessons with Westair Aviation.

After he secured his licence, he spent a year in California, and then flew a Bell 206 Jet Range for businessman Declan Ganley, who told Newstalk Breakfast radio this week that he was “genuinely one of the most meticulous men I have ever come across” and “ a more professional man you could not come across”.

In 2001, he landed his “dream job” as an Irish Coast Guard pilot for CHC Ireland at its Dublin base, and colleagues have described how “some pilots are born, some train” and Capt Duffy was a “natural”.

Much of his search and rescue work was in the Wicklow mountains and the Irish Sea, and across the Border in the Mourne mountains on behalf of Belfast Coast Guard, as well as medical evacuation and organ transplant flights.

He recently flew several sick children to London, and his last mission with Capt Fitzpatrick before the “top cover” tasking off north Mayo was to assist an injured mountain biker near Laragh in Co Wicklow on March 12th.

He married Hermione 17 years ago and the couple settled in his home village of Blackrock, Co Louth. The couple had two children, Esme (14) and Fionn (12). Once he shut the door, her husband engrossed himself in home life, his wife said in a tribute read at his funeral.

She recalled her husband telling her that if anything should happen, she should not be afraid, as she was “the better parent to do it”.

In his LMFM interview, Capt Duffy described how training prepared one for “whatever emergency might be thrown at you”. Statistically, helicopters had saved more lives than they had taken, he said.

“I love what I do,”he said, and making that difference was what counted. He was also passionate about organ donation and would wish people to carry organ donation cards and donate blood.

Capt Mark Duffy is survived by his wife Hermione, children Esme and Fionn, mother Sheila and brothers Gavan and Donard. His father Jimmy died in 1979.