Missionary who risked his life to help the oppressed 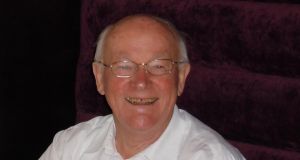 John Baptist Doyle, who has died aged 76, served as a missionary on three continents. He spent his life – and risked his health – working with the oppressed and disadvantaged, bringing them Christ’s message of love and forgiveness.

We have a description of him in action in Brazil from journalist Peter Stanford. “One remarkable Irish Holy Ghost priest, Fr JB Doyle, looked after a parish of 100 communities, confronting the multinationals which were tearing down the rain forest, and supporting the peasant farmers . . . ‘Padre João Batista’ as he was called had earned death threats for his prophetic work. He took us in his battered truck to one of the outlying settlements . . . The track was so rough that we had to stop a good mile before we got there, but the village had come to greet us. He led the way, on foot, at the head of a colourful procession as we walked through this barren landscape, through great puddles of red mud that swamped my shoes, to the makeshift church for Mass and then a feast to celebrate our arrival.”

Blackrock College
Fr Doyle had travelled a long way from his childhood home in the Dublin suburb of Crumlin. Known as Seán to his family, he was born in Sundrive Road in 1937 to Margaret (née Wilson) and John Doyle. While his brothers went to CBS Synge Street for secondary studies, he boarded at Blackrock College. Having entered the Holy Ghost (Spiritan) novitiate in 1955, he studied for the priesthood in Kimmage Manor followed by theology in the University of Fribourg in Switzerland.

Always JB to his confreres, after ordination he was posted to Nigeria. A science graduate, he began by teaching in secondary schools. When the civil war broke out he was just 30. He became a liaison officer for French and German relief agencies dealing with the aftermath of dreadful atrocities. The Biafran war claimed the lives of a million civilians.

Traumatised
Whether the Holy Ghost order allowed its heart to rule its head in becoming so closely aligned with the secessionist side is for history to judge but in 1970 some 300 of its members were expelled from Nigeria. JB Doyle with many others returned home, traumatised by the ghastly scenes he had witnessed.

By 1974 he was fit enough to begin a a lengthy posting to Brazil. He was superior of Brazil southwest district from 1980 to 1986 and over the subsequent 10 years he worked firstly in Paróquia Nossa Senhor and later in Paróquia da Catedral São João Bosco, Ji-Paraná.

Hot climates never really suited JB – colleagues remember him in short sleeves in cold Irish winters – and his final major posting took him to Germany. In 1997 he became part – and later leader – of a Spiritan project in the Baltic port of Rostock in former East Germany. This atypical project – inter alia it taught ethics to the local police academy – aimed to be a church of open doors in a society that had until a few years earlier been resolutely communist.

It was said of his ministry that “he went among people as one of themselves”. He returned to Ireland in 2009 and, until worsening health intervened in 2012, continued to serve in Irish Spiritan activities. He is survived by his brothers Fran, Gay and Joe Doyle.