Miriam O’Callaghan: Now votes are cast I can stop being tough and mean 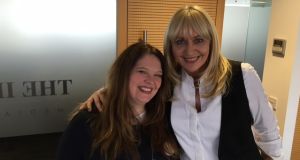 On this week’s Róisín Meets podcast, RTÉ broadcaster Miriam O’Callaghan said she can stop being “tough and mean” when she goes on air to cover the election results today at 9am.

“I always feel it’s not for the faint-hearted, standing for public office. There will be people who are losing their seats.

“There will be joy for the people who win, but I will be as empathetic as I can be to people who lose their seats because it’s very tough,” the Leaders’ Debate host said, adding the audience will see a “different Miriam” today because “it’s over”.

While the broadcaster could not discuss her thoughts on political gender quotas, she told presenter Róisín Ingle: “In a country like ours, we should have half representation male and female…I would also say that women need to vote for women.”

O’Callaghan added that she would not like to have her job if there was a man out there who would be better at it.

“And likewise, I wouldn’t vote for a woman if there was a better male candidate. But it looks like there’s a whole load of equally good female candidates, so they should do well, so let’s wait and see,” she said.

She spoke about the focus on Tánaiste Joan Burton’s appearance and mannerisms during her election campaign.

“There is a different level of scrutiny about a woman’s appearance,” O’Callaghan said, adding that she could ask a “killer question” on Prime Time, but often viewers are more concerned about what she is wearing.

“Afterwards, and it happens a lot, a viewer will text in or ring the information desk and say, ‘Miriam’s jacket was lovely, where did she get it?’”

O’Callaghan said she bought € 1.50 earrings and € 4 shoes, reduced from € 11, from Penneys to wear while hosting the Leaders’ Debate.

She also talked about admiring the American broadcaster Barbara Walters, who is still working at the age of 87.

She said: “I would love to present Prime Time for as long as they’ll have me. I always say they’ll have to carry me out in a box because it’s in my DNA.”

To listen to the conversation or other episodes of the podcast, go to Soundcloud, iTunes, Stitcher or irishtimes.com.

London Fashion Week: Paul Costelloe back in form with a little help from his son
4

Drivers, slow down for the good of the planet (and your wallet)
9