LS Hilton: I wish my sex life was half as exciting ... I really do 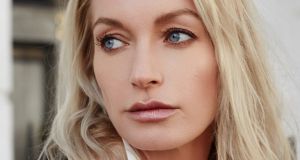 Anyone reading Maestra will certainly brush up their sexual expertise.

Oscar Wilde would have had a field day with Lisa Hilton, or LS Hilton as she styles herself on the cover of her new and rather thrilling book Maestra.

Hilton, who is 41, has already got through three husbands. To paraphrase the aforementioned Irishman: “To lose one husband may be regarded as a misfortune; to lose both looks like carelessness.” Wilde never stretched the phrase to include a third loss, of course.

Lisa Hilton, is conventionally a very attractive woman and extremely engaging too, although she says some women have struggled with warming to her, The Irish Times has no such difficulties.

“Some things are a lot easier and some things are a lot harder, because on the whole women don’t like you if you are attractive,” she says. “Whatever you do, however nice or sweet you are, they will not like you. I can’t help the way I look - and, look, I am not prancing about the place permanently in stilettos and fake tan. But, at the same time, has the way I look been a horror? No, I have had a jolly good time.”

Stilettos and fake tan may not be a “permanent” wardrobe choice for novelist Hilton, but in the photographs she shot for the London Times recently she is lying flat on her back wearing (what else?) stilettos and fake tan. She has a coat half on, too, though, so we will let that one go.

More interesting than her déshablillé is her decision to use her initials, LS ,and not her name, Lisa, as she has done on previous books.

Hilton’s publisher thought Maestra, the thriller with big sex and an even bigger movie deal, would compromise her historical reputation too much. She says that she wasn’t aware she “had a historical reputation” - a claim that is undermined somewhat by the fact that historian Lucy Worsely is a close and she lunches with Lady history herself, Antonia Fraser.

“There are some nice old ladies who want to read about Elizabeth I, but probably don’t eat to read about Judith Rashleigh,” she says, name-checking her sex-club attending, auction house heroine.

I dispute the fact that old ladies might not want a racy read. Hilton comes straight back. “I retract that comment, I think that many old ladies will read this book and enjoy it.”

No doubt they will.

So did she manage to sex-up England’s favourite virgin queen Elizabeth 1?

No, says Hilton. In fact, she was quite surprised by that description “because what I was trying very much to do with Elizabeth was not to write about her sex life. Mainly because from an historical perspective there is nothing to know, the facts stop at the bedroom door.”

Immersing itself in locations often favoured by mini-breakers - London, Paris, Rome - and stuffed with lusty sexual encounters, even the book’s cover is a work of very suggestive art.

The novel’s Fifty-Shades-of-Grey-vibe enables readers to know exactly why another reader sitting across from them on the train is blushing. The cover is red, with a suggestive slash down the middle. There will be no getting away from it, whichever form of public transport you favour this summer.

So is the newly-named LS Hilton tapping in to EL James’s Fifty Shades phenomenon?

“Nothing wrong with that,” laughs Hilton before issuing a caveat. Maestra is nothing like Fifty Shades, she says.

“This is not a love story. EL James created a book that tells the story of a shy young virgin who falls in love with a dominant older man and the book is their relationship. This is not what Maestra is about at all. It does have sex in it certainly, but it doesn’t have much love.”

No, it doesn’t. To tell you anything else would be to spoil the surprise, though.

Anyone reading Maestra will certainly brush up their sexual expertise. “I think it’s fantastic that women are getting interested in reading about sex and exploring it in fiction and I think it’s a much more accurate reflection of the world we all live in,” says Hilton.

“We do, like it or not, live in a world of Tinder and Snapchat. We do live in a world where sexually explicit material is available at the touch of a button and I suppose this novel tries to reflect that new climate candidly and unapologetically.”

Judith Rashleigh, Maestra’s 28 year-old heroine, is not Hilton, she says.

“Golly, I wish I was 28. (She looks considerably younger than 41). We do have some elements in common. I was born in Liverpool. So was she. We both studied history of art, but in terms of where Judith goes in her adventures, these are not places I have ever been.”

Thank goodness for that, we think.

So the sex is in Hilton’s head - or did a friend tell her about it?

“I think we all have experiences that we draw on in fiction, but one of the reasons I didn’t describe Judith physically in the book was that during the sex scenes, I didn’t want people to have a prescriptive idea of how this person should be physically. I wanted each reader to be able to imagine those scenes. I wish my sex life was half as exciting as Judith’s. I really do - but it’s not.”

We will have to take the thrice-married Hilton, who is currently dating a Danish entrepreneur, word on the sex front.

But the fact that heroine Judith loves sex and is totally unapologetic about it is a big bonus says Hilton.

“You can do all sorts of things to women’s bodies on the page. In crime fiction, you can subject women’s bodies to appalling, disgusting, unimaginable tortures, but to show a woman who unapologetically enjoys the pleasures of her own body is still seen as disgusting. I find this a paradox,” says Hilton.

“Why should it be seen as shocking that a woman enjoys her own body? She just enjoys the pleasures of her own body on her own terms.”

Interesting, but the book is no manifesto for re-framed womanhood. Hilton just wanted it to be fun. “It’s glamorous. It wasn’t in any way meant as a statement. I wanted it to be really entertaining and keep people turning the pages.

She says that if the novel offers any reflection at all it is that “women are ready to read about an ambitious, feisty, ruthless heroine who refuses to be a victim.” And likes sex. Or have we said that already?

Listen to LS Hilton talk to Anthea McTiernan on The Women’s Podcast http://iti.ms/ITwomenspodcast