Lives Lost to Covid-19: Marie Cummins was a knitter, swimmer and painter

Despite the loss of her beloved husband, Marie continued embracing new ways of life 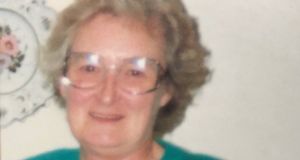 Marie Cummins from Waterford. ‘There was always a smile on her face – she always came across as being happy,” says her nephew Billy O’Keeffe 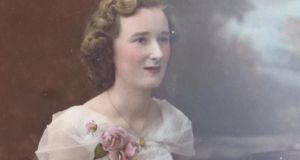 Marie Cummins was a gifted craftswoman who loved the outdoors and never let age get in the way of her embracing new ways of life.

The proud Waterford woman learned to drive when she was in her 70s and when she was hospitalised, aged 87, early last year, she wouldn’t be without her mobile phone and iPad so she could keep in touch with her family and friends on email, text messages, FaceTime, Viber and Skype.

Born in March 1933, she was the eldest of eight children. Her mother, who had to give up her job as a nurse at Waterford’s City and County Hospital when she married, took up handicrafts as a way of helping support the large family.

“Marie took after her mother learning all those crafts,” says nephew Billy O’Keeffe.

“Knitting, crocheting, fine needlework, Aran jumpers. She was absolutely gifted, could do anything with her hands.”

It wasn’t just her children – Michael and Marie – who enjoyed the fruits of her labour. “All of her nephews and nieces benefited growing up too. We all had her Aran jumpers – she made us all a new one every September for starting school. She could turn her hand to anything.”

Marie (née Jackson) met her husband John in their native Waterford city. John spent all his career working for Shaws department stores. The role took the pair to Limerick, where he managed the then newly opened outlet from 1973, and finally to Athy in Co Kildare, where the couple settled.

The house they built together became a home from home for their wider family. “It was always a house that was open and full of people and a very welcoming place,” says Billy.

Christmases and summers, nieces and nephews from both sides would take the bus or get dropped off at Athy.

The couple had a big station wagon in which they would pack as many of them as they could in for excursions up the Comeragh mountains. They would spend days camping, fishing in the lakes and cooking over a campfire.

“On one occasion, the weather was so bad we had to be evacuated from the mountains. But instead of sending us home they took us to Piltown in Co Kilkenny, where Marie’s aunt had a farm, and we set up camp there instead,” recalls Billy.

“We milked the cows, got the eggs from the hens, cleaned out the cowshed and her aunt made us pancakes every day. As cousins, they brought us all close together. They gave us great memories from growing up.” Later, the pair would also dote on their six grandchildren.

Daily Mass goers, faith was a big part of Marie and John’s lives.

And, if you were staying with them, you did as they did. At midday you would say the Angelus with them, the same at 6pm and the family rosary was important at night.

Another routine was the weekly trip back to Waterford. “Every Sunday, religiously, they drove back to bring their own parents out to Tramore for an ice cream cone or a walk on the prom.”

It was a huge loss to Marie when John died after an illness six years ago. The pair had been together most of their lives. But, ever practical, she knew she had to get on with things. She took up swimming and met with a group of friends at the local swimming pool every week.

She also painted, mostly landscapes, as a way of relaxing. “There was always a smile on her face – she always came across as being happy,” says Billy.

“She was maybe able to hide what was going on inside, particularly after John died, as she was fairly lonely at that stage. They were well suited to each other – I don’t think I ever saw them have an argument as such. They were very happy together, enjoyed each other’s company.

“But Marie saw that that was her situation and that she needed to get on with it. She was always interested in other people, always kept connections to other people over many many years, friends who she had all her life.”

After a back injury, Marie was taken to Naas General Hospital for bed rest early last year before being moved to a facility for physiotherapy. But she wanted to be back in her own home.

A few days after going home she developed Covid-19 symptoms and went back into Naas hospital, and she died there shortly afterwards, on April 9th.