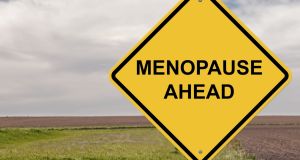 “I always thought menopause was some kind of faffy, airy fairy change type thing. I didn’t realise how severe the symptoms were”

Last year, aged 32, Irish Times journalist Una Mullally was plunged into an accelerated menopause as a result of her cancer treatment. This week on The Women’s Podcast, she spoke frankly about her experience of the ‘change’ that women go through, usually in their forties and fifties.

“This is a really serious medical issue. Some people mightn’t experience it severely, some people might. It is legitimate, it is real, it is not just little mood swings and getting a little sweaty now and then. It is not a punchline. It is a serious thing”, she said.

Up to 25 per cent of women suffer debilitating symptoms of the menopause over a seven year period and while those experienced by Mullally aren’t unusual, her situation is. After being diagnosed with bowel cancer, she was told that the radiation treatment she needed was likely to make her infertile. She was eventually told that she would need a hysterectomy and to have her ovaries removed. That process threw her into a very early menopause – an experience she describes as nothing short of “horrific”.

“I always thought menopause was some kind of faffy, airy fairy change type thing. I didn’t realise how severe the symptoms were”, she said.

Mullally says there is a lack of information available to women about the menopause and that is symptomatic of a greater undermining of women’s health in general.

“There does seem to be a lack of legitimacy around menstrual health, reproductive health. You know the terminology that we use around menopause is really vague, really ambiguous. So I suppose, I got a baptism of fire in more ways than one”, she said.

Dr Ciara Kelly provided joined Mullally, Kathy Sheridan and Irish Times’ features journalist Anthea McTiernan for a discussion on the topic. Dr Kelly talked about Hormone Replacement Therapy, dispelled some myths about alternative treatments and waxed lyrical on the importance of lubricants to combat the vaginal dryness that comes with menopause.

“I’m always saying to women, use bloody lubricants! Because that’s a big, big issue. Don’t be getting your KY Jelly, because that makes sex feel like you’re having a smear test, you know what I mean? Don’t do any of that stuff. Get something a bit sexy”, she said.

The panel also talked about the difficulties faced by menopausal women in the workplace. Mullally suggested that if men went through it they would get 7 years paid leave, while McTiernan said there are real gender equality issues associated with the menopause for working women.

“You go into a workplace and you don’t want to make a song and dance about your menopause because you don’t want to give any ammunition to anyone to view you differently to the person sitting next to you who happens to be wearing a pair of trousers and some underpants”, she said.

British author and journalist, Christa D’Souza also joined this week’s Women’s Podcast. She spoke about her book The Hot Topic, detailing her experience of the menopause, which she says is still shrouded in secrecy for so many women.

For D’Souza, the menopause meant gaining weight, having to give up alcohol and being told by her teenage son that she was sprouting rogue hairs from her nose. But she says, ultimately the menopause has been a liberating experience.

“Now maybe I’m going to do all these things that god put me on this earth to do that I couldn’t do before, because I was, I don’t know, I was making dinner for the kids; Going ‘there, there’ to my husband; Worrying about how attractive I looked. Not to say I don’t worry about that sort of thing now, but the noise level has been turned down and you feel sort of liberated”.

We want to hear about your menopause experience.