Instrumentalist and teacher whose forte was early music 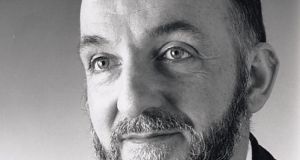 Douglas Gunn, classical musician who arranged, performed and recorded much of the music of Turlough O’Carolan.

Douglas Gunn, who has died aged 80, was a boy chorister at St Patrick’s Cathedral and the chapel of Trinity College, Dublin and was later in charge of the choirs at St Patrick’s and Christ Church cathedrals, so it was not surprising that his heart was set on a career in music from an early age.

Born in Dublin, he was educated at St Patrick’s School and went on to specialise in early music, playing the recorder and the viola da gamba. He was best known, perhaps for his work with the Douglas Gunn Ensemble, which he founded in the 1960s, continuing to play with the group until the late 1990s, when he was diagnosed with Parkinson’s disease.

Described by an Irish Times critic as “a superb baroque ensemble”, it performed at festivals and concerts throughout the country and abroad, receiving high critical acclaim. His fellow musicians in the ensemble were: Deirdre Ní Shé (recorders and baroque bassoon); Rachel Talbot (soprano); Carol O’Connor( baroque cello) andBrian MacKay (harpsichord).

Besides carrying out a special study of music by Irish composers of the 17th and 18th centuries , Gunn arranged, performed and recorded much of the music of Turlough O’Carolan, ranging from Sí beag, sí mór, to Cait Ní Bhríain, Lord Inchiquin, The Princess Royal, Molly O’Rourke and Lord Galway’s Lamentation.

In 1962 he joined RTÉ, working in Cork and Dublin. Blessed with boundless energy in his day, he proceeded to found the Locrian Consort, the Douglas Gunn Ensemble and the Douglas Gunn Singers. At the same time, he was kept busy conducting several choirs, including the Lydian Singers, the RTÉ Singers, the Irish Pro Musica Chorale and Sequence Twenty in Dublin and the Cork Schola Cantorum.

As well as being a composer, he taught baroque chamber music at both the Cork School of Music and the Dublin Early Music Centre, influencing a generation of young musicians, one of whom played the recorder at his funeral.

His compositions, editions and arrangements have been widely performed, recorded and broadcast and were published by J and W Chester, Ossian Publications and his own companies, the Poddle Press and Melrose Music MM, which published music and recordings of 17th and 18th century as well as contemporary choral, instrumental, traditional and vocal music.

He is survived by his partner, Deirdre, daughters April and Orla, son, Ralph, and sister Marjorie.