The British columnist and author spoke to the Women’s Podcast about abortion, Trump, Brexit, fatness and why she has written a book about dogs 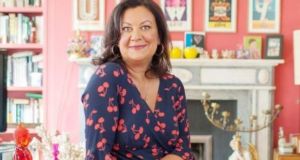 In a modern European democracy, people having to take to the streets to protest for abortion rights is “profoundly strange and wrong” according to British journalist and author India Knight. She made the comments about Ireland’s restrictive abortion laws while talking to the presenter of The Women’s Podcast Kathy Sheridan.

“I hope that everything that needs to be repealed is repealed,” she said. “It’s insane. I find the idea in 2016 of women not being able to have abortion on demand completely nuts ... medieval, pre-medieval, just completely baffling and extraordinary.”

“And the idea that in a modern European democracy, people have to take to the streets and protest what is actually a fundamental right, to be in charge of your own body and fertility and the enormous life choices that we all make, for an aspect of that not be available seems to me ... so peculiar, so strange, so profoundly strange and wrong. Good luck to you.”

The Sunday Times columnist was speaking as her new book ‘The Goodness of Dogs’ is published. The dog lover told Sheridan she wrote the book to explore the reality of what is involved in having dogs as pets. “Lots of people think ‘we’ll get a dog and it will be great’ and actually dogs are quite hard work ... there’s an optimal time in life for a dog and I feel I am in it now”

Knight, who is the author of a previous book ‘From Pig to Twig’ about her weight-loss experiences told Sheridan “I am terrifically fat at the moment” adding that there was a distinction between fatness that comes from joy and that which comes from misery.

“My current fatness is the result of happiness so I quite like it ... I don’t feel moved to do anything about it for now. There’s a sort of contentedness about it that I quite like. I won’t like it forever and I will do something about it eventually, but it’s quite nice’

She said her happiness was partly due to her relationship with former Labour MP Eric Joyce - the couple are getting married next year. “I feel a bit foolish discussing marriage plans but we are having a big old party and you don’t really care that much about all the stuff that you cared about when you got married when you were 25.”

She spoke about how Joyce, a Scot and former soldier with working class roots, had in the past been banned from pubs for getting into fights. “He had a problem with fighting, he is a former soldier ... when people got on his wick he’d whack ‘em ... that’s all behind us now. He needed to get out of politics .It’s no place for a sane person”.

The current state of British politics especially regarding the Labour Party and Jeremy Corbyn makes her want to “go and boil my head in a pit” she said, adding that while she can’t stand “babyish” Donald Trump she fears he might win the election.

The latest episode of The Women’s Podcast also features a report by Kathleen Harris on consent workshops in Irish Universities and the Herstory this week is 1916 hero Brigid Lyons Thornton. Subscribe to the podcast on iTunes, Soundcloud or Stitcher or listen at irishtimes.com/womenspodcast

Cankles conundrum: How to avoid swollen ankles when you run