A recent conference in Dublin explored the ‘end of retirement’ – but is the ‘third act’ a concept only for the wealthy? 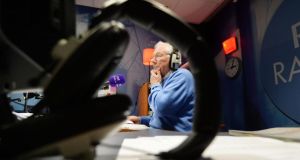 It has been called “the third act”, but is a fulfilling early retirement really just for the rich?

When Bob Semple left PricewaterhouseCoopers after 36 years, at the age of 56, he knew he was lucky in lots of ways, but he wasn’t about to “retire” into a gradual decline. “I began rediscovering my personal pulse,” he says. Semple travelled the world, cycled from Vancouver to San Francisco, did a skydive and scuba-dived on the Great Barrier Reef, while continuing to meditate and learn more about positive psychology.

Semple supports the concept of “the third act”, whereby “retirement” is a dirty word. The former company partner cut the corporate umbilical cord early to focus on the final third of his life. He now splits his time across three areas: serving on boards at home and overseas, lecturing (at the Irish Management Institute and the Law Society, among others) and providing facilitation and consulting services. He also works with not-for-profits all over the world.

He is just one of the 175 “key influencers” aged 50-plus who attended this week’s Third Act conference in Dublin, where he was on the panel. Its organiser Dr Edward Kelly, an adult-development expert, explains that life’s first act is about dependency on family, its second is about leaving home and becoming independent, with your own career and home, and its third act is about psychological maturity and desiring, spiritually, to connect to something other than ourselves.

Another panellist was Margaret Sweeney, a 54-year-old who in 2011 chose to “transition” from the lifestyle of a corporate executive to a “more unstructured way of living your life”. The former chief executive of Dublin Airport Authority has been a member of public-sector boards for many years and is currently a director of Dalata Hotel Group and of Dublin City University’s governing authority. “I enjoy work – I will never stop – yet I wanted more flexibility and so crafted my own future,” she says.

“Transitioning” in your 50s towards a more fulfilling life, often with what Charles Handy, who addressed the conference, calls “a portfolio career”, is a concept inspired by the simple fact that we are living 30 years longer than our grandparents did and still have vitality and a desire to achieve long after the traditional retirement age.

But is it really just for the wealthy?

Semple thinks not: learning to live in the present and be happy with what you have is for everyone, in his view.

Kingsley Aikins, the sixtysomething former head of the Ireland Funds, who also addressed the conference, sees the negative side. “We’ve been given this phenomenal gift of longevity. We’re looking at 25 to 35 more years, and a lot of people aren’t prepared for it.”

He admits that he “floundered a little” after 21 years of constant travel with the Ireland Funds. “If you’re not prepared for the third act you realise you have no one else but yourself to blame. I had to do some fundamental thinking when faced with this blank sheet of time. Would you spend your days on the golf course or engage with the community?”

With two of his children still at school, he has embraced the chance to be more involved in their lives, working from home and developing a “micro multinational global consultancy”, Diaspora Matters.

But he explains that a third act can be as fundamental as being in your 70s and working in a shop – as many retirees do in the United States.

For high-flyers, the use of one’s professional experience to create a new business, often in the area of not-for-profits, is typical of “third actors”, says Edward Kelly, who is an experienced entrepreneur. “It’s about replacing the word ‘retirement’ with the word ‘transition’.”

Ageism remains a barrier for many, however, according to another conference speaker, the Australian social entrepreneur Michael Traill. A former investment banker, he left the corporate world in his early 40s to establish Social Ventures Australia, raising more than $55 million from social investors to fund nonprofits.

He doesn’t believe that wealth is essential to quality of life in the “third act”, as anyone can volunteer to make a difference.

There is another view. The reality of the “pensions time bomb”, as the population ages, is one reason why Brian O’Neill, the 52-year-old strategic marketing director at Friends First, wanted to become involved with the conference. He quotes Handy when he talks about “the jam in the doughnut”. “The key to a balanced life is the jam – financial stability – yet with half of people having no private pensions, many people will have to continue working in some capacity to supplement their State pensions.”

The third act may be by necessity a “new developmental stage in human evolution”, but not everyone is going to buy the argument about “upgrading yourself for the third stage of life”.

A further dissenting note is sounded by the broadcaster Gay Byrne, who is sceptical about any expectations of increased vitality in later years. “Don’t let them fool you,” he says. “When you’re old, you’re old.”