Finding a daughter, then a sister 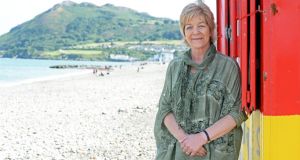 Anne Ferris is tough and funny, extremely attractive and a smoker. You can’t help being drawn to her. She is Labour Party TD for the Wicklow-East Carlow constituency. On July 17th, the last day of the Dáil before the interminable summer recess, a debate took place on the Commission of Inquiry into the country’s mother-and-baby homes. The very recently appointed Minister for Children James Reilly, who had just been demoted from his job as Minister for Health, was among the few people in the chamber as Ferris got up to speak.

“I caught his attention right away,” she says. “I’m not terribly emotional usually, but I was surprised – I could feel myself getting emotional as I spoke. I was thinking of all the thousands of people in my situation. ”

Ferris told the almost empty chamber and Reilly about how she had recently met her sister for the first time. Both girls had been placed – separately – for adoption by their mother. They had only just met, in the Merrion Hotel.

“I know,” she says now, “A friend of mine did say that the least the Merrion Hotel could do is send us a voucher or something, after all that free publicity.”

She is unsentimental. A mother, a grandmother and soon to be a bride. “My toyboy,” she says of John Nolan, who she will marry next month. John is eight months younger than she is. “He was a member of Fianna Fáil,” she says. “A real Charlie Haughey man.” The two of them grew up within a mile of each other, John in Walkinstown and Anne in Crumlin. “Went to the same dances and everything.” But they did not know each other then.

Her life is like a romantic novel, and it is only her level-headedness that keeps it from collapsing into high drama. If ever there was a life that illustrated Irish culture’s hysterical fear of female sexuality, and its hypocrisy in leaving women and children to deal with all the consequences of that fear and loathing, that life is hers. Some things have to be read into the Dáil record.

In April of this year, Ferris drafted and presented to the Dáil the Open Adoption Bill 2014. It will guarantee women placing children for adoption some channel of information on, and contact with, their children, as well as information for children on, for example, their medical history. She says she believes this could increase the number of women willing to place their children for adoption. She is pro-choice, in that “I’m in favour of all choices being there for women,” she says.

Her birth mother was from a rural area in the southeast. She was married with three other children, and her husband had left and gone to England. “Some years later she met someone else,” says Ferris. Her mother became pregnant. “She was denounced from the pulpit,” says Ferris.

The solution to this problem came, as it often did, from within the family. “Her sister said that she would take me, whenever I was born. Her sister was living in Dublin with her husband and three kids. So I was reared by them, very, very happily.”

Her birth mother emigrated to England with her three older children and new partner, Ferris’s father. “But before she went England she had another baby [also by Ferris’s father]. My sister was in a mother-and-baby home in the southeast for 18 months. She was adopted by an Irish couple, who were lovely people, and she was their only child. They later went to live in England.”

As was often the case with adoptions within families, Ferris grew up with a skewed view of family relationships. She played with her cousins, as she thought of them, when they came to visit from England. And she lived with her cousins thinking that they were her brothers and sisters. She knew her mother as her aunt, but never met her. She knew her aunt as her mother. The two women were from opposite ends of a large family, with her biological mother much the younger.

“I was told as a child I was adopted. I was about six. I was out playing when my mother called me in and told me. I went out again. I forgot all about it.”

In the end she learned the truth 10 years later. “When I became pregnant as a stupid 16 year-old. That was when a sibling told me that I had brought shame on the family and that I was adopted. In fact my parents were very, very supportive.”

She had got a summer job in an office at the end of fifth year in school. “I met a guy who was about 10 years older. He flattered me.”

She is beautiful now and so are her three daughters. As a 16 year-old she must have been stunning. She was madly in love with him. One night, “he poured me full of drink and had his wicked way with me”.

When September came he begged her not to return to school. When she told him she was pregnant he told her he wanted nothing to do with her. Her employer fired her on the spot. Her former boyfriend kept his job. It was 1971.

She gave birth at St James’s Hospital, where she herself had been born. “I was three weeks overdue. They let you go the three weeks in those days. I had a lovely baby, a beautiful baby. I spent seven days in hospital feeding her and bonding. Bonding is the word. I still thought the baby was coming home with me. My mother made the decision [to have the baby girl put up for adoption]. And she was right.”

Neighbours who owned a car came to pick Ferris up. She got into the car.“I can still see my mother carrying the baby down the steps.” She thought the baby was going to be put in the car with her.

The male neighbour told her to put on her seatbelt. “That was quite unusual in those days. And then we drove off straight to the adoption authority. The nun in her black clothes had the papers ready for me to sign. She said, ‘Well, you’ve made your bed, you have to lie on it.’ ” Ferris signed. She went home.

“My mother sat me down. She said, ‘We will never speak about this again.’ She was strict about it, but there was no cruelty in it. She had her hands full. She’d had another child after taking me in.

“I was very bitter. I was very angry. I was very hurt . I went a little bit wild the next couple of years. But then I started to accept that the decision had been made for all the right reasons.”

Also around this time she began to spend time with her birth mother at her home in London. “I think there was some sort of arrangement between the two women that I wouldn’t meet her until I was 18.” So now she got to know the woman she had thought of as her aunt. She was still with her partner, Ferris’s father, but she shows little curiosity about him. In fact she didn’t talk about the circumstances of her own birth, even with her mother.

“I know it sounds a bit daft, particularly when I’m talking publicly now. But I got on very well with her. She was great fun, she was great craic, she was very attractive. She had this buzz about her.”

The mother who had raised her was an interesting woman who had worked in Manchester as one of the first clippies (women bus conductors) and did not marry until she was 33. She died in 1999, having been ill for 10 years. “She was a very, very strong person. I feel she’s hovering somewhere and very proud of me. Of a life she thought would turn out to be a disaster. I’d say she’d be so proud of me.”

My eyes fill with tears when she says this, but Ferris’s do not.

Ferris went on to become secretary to Chris Flood of Fianna Fáil, who had been a minister. “I learned a lot from him.” She got married. She had two more daughters, her second daughter almost exactly 10 years after her first. “That was when the hole in my heart began to heal,” she says.

Just before they moved to Bray, in 1985, where she still lives, she and her then husband went to the Adoption Authority on Haddington Road to leave her new address on her file, in case her daughter ever came looking for her. In Bray, she started canvassing for Liz McManus. “I thought Liz McManus was the best thing since sliced bread.” She joined the Workers’ Party.

During the 1995 by-election, her eldest daughter started to seek her out. A few weeks later Ferris went into the Adoption Authority office to meet her.

“She walked in. It was just like looking at myself,” she says. “She’s more like me than the others. You give up a baby and you get back an adult. We have an adult-to-adult relationship now.”

Her sister did not find her until this year. Now a successful businesswoman, living in the UK, she had not wanted to upset her adoptive parents. After their deaths a friend encouraged her to look for Ferris, and brought about the meeting in the Merrion Hotel. Her sister brought her friend for moral support and Ferris brought her other sister. Her new sister is five years younger than Anne. “Did we look alike? Well, we’re all dyed blonde.” In the Dáil she said, “We looked like sisters but we didn’t sound like sisters.” After the meeting her new sister sent her “ a lovely email”.

Now there is the Open Adoption Bill to be seen to, and the wedding to look forward to, on September 12th. Twelve days after the wedding she will turn 60. Perhaps there will be another party. You can’t help hoping that there will be.