Family Fortunes: Polio took me from my friends in 1950s Cork 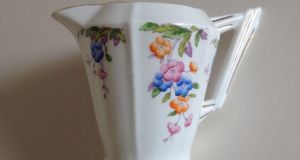 I was born in Kilkenny in 1950. My mother met my father, who was a young Army officer stationed at Kilkenny Castle during the Emergency.

In the absence of phones, they had developed their own method of communication: he would flash the light in his bedroom in the castle (which my mother could see from her house) three times when he was leaving and she would meet him at the bridge.

They married in 1949, and my birth took place in my grandmother’s house. I was delivered by the local midwife. I was called after my grandmother, which seemed to add to our closeness. I spent most of my school holidays with her and was spoiled rotten.

In 1956 I was living in Cork with my parents when polio struck the city. I was shipped off to Kilkenny for my safety, while my parents remained behind. I attended the local national school, where my aunt was principal.

Sadly, when I returned to Cork a year later, many of my little friends were not in school and I wondered where they were. My mother eventually took me to visit them in the local sanatorium but all I was allowed to do was wave at them through a glass screen. I always felt this was very cruel, not realising the risk of infection that was involved. Many of my friends ended up wearing calipers.

Kilkenny was exciting to me; even the milk was delivered by horse and cart.

My grandmother would go out to meet the milkman with a metal container and I with my little “tilly” jug.

Dick must have been a very patient man, as I only ever saw him with a smile on his face as he filled my tiny jug.

I keep this jug in pride of place in my kitchen to remind me of those happy days.

Meanwhile, in the background of the milk delivery, another vignette was happening. The horse, as if to order, would do his business on the street.

There was much competition between the matriarchs in their blue pinnies to collect the fresh horse dung. There was an unwritten rule that if it was outside your house, you had first call. A shovel and pan were rushed out and the still-steaming manure was brought straight to the rhubarb patch.

These were simple, happy days and worth remembering.

Carry on trading: The businesses working hard to keep us fed, and workers paid
2