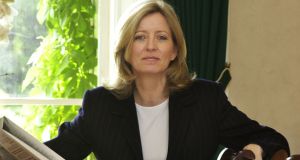 Joining the European Union liberated a generation of Irish women, according to European Ombudsman Emily O’Reilly.

“Two years before I did the Leaving Cert, women still had to leave their jobs in certain areas upon marriage, we didn’t have equal pay and so on. To me, joining the EU was a huge liberating force for Irish women,” the former journalist told Kathy Sheridan, presenter of The Women’s Podcast.

“I think we owe it to them and we owe it to our daughters, who may not be as familiar with that, to take time out to recognise, not just the generations before us, but also take a look across the world and see the way that women are still treated in so many societies … be they used as slaves in some countries or denied basic rights in others,” O’Reilly said.

The Ombudsman also congratulated the “brave” women who ran for election in Ireland recently, applauding the increase in the numbers of women who were elected. She said gender quota initiatives to “force political parties to have them on the ballot paper” led to a good result.

O’Reilly also said that she was considering changing the name of her Ombudsman post to Ombudswoman. “My female colleagues in work feel I should start calling myself Ombudswoman ... and I think I will,” she said.

Discussing the challenges of being abroad for work and away from her five children, O’Reilly said she believed “women’s lives are hardwired to their children”. “I think women with children are constantly multi-tasking in their own heads ... I work hard but my children are never out of my head, it’s the emotional piece for me and for other women that is the most difficult”.

In this week’s International Women’s Day episode of the podcast, O’Reilly joined Eimear Farrell from the United Nations High Commission on Human Rights and Managing Editor of The Irish Times Orna Mulcahy to talk about Irish women making their mark abroad.

On March 8th, this newspaper will publish a magazine featuring Irish women who are doing just that. The ’Women of the World’ magazine features profiles of women pursuing careers in every sector, from space exploration to academia to Hollywood.

The episode also features three women fighting for human rights in their countries. They were brought to Dublin by Front Line Defenders, a group that protects people who work, non-violently, for human rights and put their own lives at risk in the process.

And the playwrights behind Granuaile Pirate Queen came in to talk about what a medieval pirate queen can teach young girls today. The play is on in Axis Ballymun in Dublin until 16th March. For more information, go to www.axisballymun.ie.

Next week’s show is a live recording of a Waking the Feminists International Women’s Day event at Liberty Hall. The podcast question of the week is: Who is your favourite feminist and why?