Almost 80 years after his death, Berlin is acknowledging one of its most celebrated sons 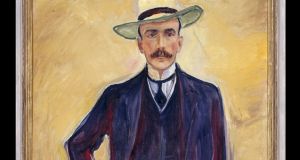 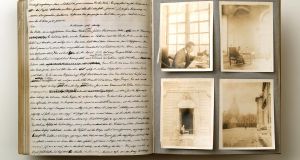 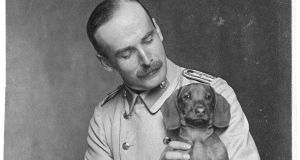 Taking centre stage in Berlin was the dapper Count Harry Kessler, Germany’s original hipster. Kessler is so cool that, though dead almost 80 years, he has just earned his own hashtag: #hgkberlin.

Beside the Brandenburg Gate, Harry has been holding an open house. He is rake thin, with an elaborate moustache, a blue three-piece suit, cane at the ready, straw hat at a jaunty angle.

That is the best-known image of Kessler, from a 1906 portrait by Norwegian painter Edward Munch, and the one that welcomes you to Berlin’s Kessler exhibition. But Count Harry Kessler had many faces: spoiled aristocrat, dandy diplomat, passionate patron of the arts, curator and publisher. For almost 60 years, and more than 10,000 pages, he kept a detailed diary of an era of tumultuous change, from Kaiser to Weimar to Hitler, much of which he experienced first hand.

One evening he discussed God over dinner with Albert Einstein, on another occasion he held a private party for the scandalous dancer Josephine Baker. Kessler was the first on hand to make the death mask of his idol, philosopher Friedrich Nietzsche. The count co-wrote the libretto to Richard Strauss’s Der Rosenkavalier and attended the infamous 1913 premiere of Stravinsky’s scandalous Rite of Spring. Kessler ended that memorable evening by taking star dancer Valsav Nijinsky on a nocturnal joyride through the deserted streets of Paris.

Two decades later, in 1933, as Hitler seized power in Berlin and jack-booted Nazi troops held a torchlit victory parade through the Brandenburg Gate, Count Kessler drowned his sorrows in a pub nearby with a friend and two blonde prostitutes.

“It was a worthy and, given the general mood, suitable conclusion to this ‘historic’ evening,” he noted sarcastically in his diary entry for January 30th, 1933.

Less than a month later, a sombre Kessler noted in alarm. “The expected attack has happened: not on Hitler but on the Reichstag building ... it’s burning, what follows now is not clear.”

Within days he had fled Berlin for good, leaving behind his beloved apartment and its modernist interior, a second home to a who’s who of the inter-war art scene. He died in impoverished exile in Lyon in 1937 and was buried at the Père-Lachaise cemetery. But what a life he’d had.

Blosse-Lynch was a singer, would-be actress and one of the most beautiful women of her era, whose coterie of admirers across Europe included the German Kaiser, Wilhelm I.

So great was the German emperor’s obsession with the Irish woman that he raised the Kesslers into the German aristocracy when Harry was 11. Just two years later the family was awarded a hereditary title, a rise so rapid that gossips claimed the Kaiser, a man the young Kessler called “uncle”, was in fact his father.

That claim of royal blood stuck to Kessler all his life, something he dismissed in a diary entry as “idiocy”.

His elite education in Paris, Ascot, Hamburg, followed by law studies in Bonn and Leipzig, set him up for life as a multilingual cosmopolitan, someone who looked beyond the conservative strictures of Berlin court life – and the pungent nationalism of the day.

He was just 23 when he embarked on a round-the-world tour through the US, Canada, Japan, China, India, Egypt and, later, Mexico – keeping copious notes for eventual travel books. On his father’s death in 1895, Kessler inherited a vast fortune, kick-starting in earnest his days as a dandy and art collector. Soon he had accumulated works by Seurat, Maillot and Rodin, all of whom he knew personally.

Now a man of means who had seen the world, Kessler felt at liberty to distance himself from what he saw as Prussian provinciality, openly mocking its ruler Wilhelm II after a November 1895 hunt, for his “abnormally broad hips and an almost feminine bottom”.

Kessler was a rare bird in late Wilhelmine Berlin, fluttering between court balls and artistic salons. But the persistent paternity rumours impinged on his ambitions to become a diplomat. By the time the monarchy collapsed in 1918, taking all aristocratic titles with it, Kessler soon found the new Weimar Republic – which he supported – preferred to keep aristocrats like himself at arm’s length, allowing him serve for only a brief time as ambassador to Warsaw.

A final barrier to the conservative establishment’s embrace: his ostentatious bachelorhood that simultaneously drew attention to, and distracted from, his repressed homosexuality.

“He was an aesthete and at the same time an intellectual, which is pretty rare,” said John Dieter Brinks, a Kessler biographer. Shut out of diplomacy, he ran for parliament, but his colourful count routine failed to impress voters in rural western Germany. In the end, those early failures set him on his life’s path, devoting his considerable energies to his other passion – art.

Kessler saw himself as a patron of the pan-European art scene and embraced the continent’s rising cosmopolitan modern art scene, collecting as friends many of its key players: Igor Stravinsky, Georg Grosz, John Heartfield.

Like many of his generation, he embraced Nietzsche’s idea that art could improve humanity and, with Berlin unsure about him, he turned his back on the capital’s reactionary society.

He moved to Weimar to give Germany’s dusty cultural capital – the spiritual home of Goethe and Schiller – a shot in the arm. For three years, as head of Weimar’s Fine Arts museum, Kessler organised almost 40 exhibitions and lectures that, overnight, turned the provincial backwater into the modern art capital of Germany.

It was in Weimar that he set up his Cranach press, producing fine art volumes for a discerning public, and where his collaboration with Dutch architect and designer Henry van de Velde flourished – energy and inspiration that flowed into the later Bauhaus school.

Kessler’s enthusiastic support for the first World War later gave way to pacifist politics, and he was dispatched, along with Albert Einstein, as a German delegate to the founding of the League of Nations in Geneva, precursor to today’s United Nations.

Still viewed with suspicion by many Weimar-era establishment figures, Kessler earned the name “Red Count”, as one of the few members of his class to engage with, and write about, the staggering poverty among Berlin’s working class, in particular the hopeless situation of Berlin’s children.

The exhibition dubs its subject a restless “wanderer through modernity”, who spent his life flitting between social classes, political parties and artistic circles as he zipped around the continent on express trains.

Today we have the Easyjetset, skimming superficially across the European circuit. But Count Harry Kessler was the original, a Lebenskünstler who made living life an art form by being open to everything that stimulated him around the continent. If anything his dream, of a European cultural union, has a new urgency today as populist nationalism once again rears its head.

February 1st, 1921, Amsterdam: “Dinner with Einstein. Talked about God and Humanity. I said: ‘The human with his endlessly colourful fantasy and intelligence rests in God like the pearl in the oyster.’ To which Einstein countered: ‘On the contrary, the deeper one drills down into nature the more respect one has for God.’

February 13th, 1926 on Josephine Baker: “Apart from a pink muslin gauze, completely naked . . . an enchanting creature but almost completely unerotic. With her you think as much about eroticism as with a beautiful beast of prey.”

On the fairer sex: “Women, even the smartest, always judge with their sexual organs.”