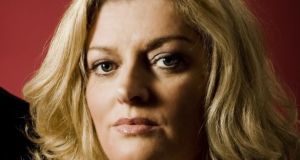 Cara O’Sullivan, one of Ireland’s greatest and most loved sopranos, has died at the age of 58. The exceptionally talented Cork-born operatic singer captivated audiences at home and abroad with her ability to incorporate dramatic ornamentation in her vocal melody.

As well as regular performances at the Cork Opera House and the National Concert Hall in Dublin, she performed at the Sydney Opera House, the Royal Albert Hall in London and the Paris Opera.

'When she unleashed her vocal fireworks, she made time stand still.'

Her first major role was as Donna Anna in Mozart’s Don Giovanni with Glyndebourne Opera in 1995 and then with the Welsh National Opera in 1996. She won first prize in the female voice category at the International Stanisaw Moniouszko Vocal Competition in Poland in 1995 and in 1997, she received the classical music artist award at the Irish National Entertainment Awards.

She went on to perform starring roles in Mozart’s The Magic Flute and Cosí Fan Tutte, Verdi’s La Traviata, Handel’s Messiah, Mendelssohn’s Elijah and Verdi’s Requiem. She sang with Opera Ireland, Opera de Paris, Opera Nantes and Cincinnati Festival Opera. She toured extensively with the Glyndebourne Opera Company in the early 2000s. In 2006, she achieved a first-class honours in her MA in music at the Cork School of Music.

Fergus Sheil, the artistic director of the Irish National Opera said that Cara O’Sullivan possessed a voice of pure beauty. “When she unleashed her vocal fireworks, she made time stand still,” he said. And Irish conductor David Brophy said that O’Sullivan was one of the most versatile singers that he had ever worked with.

Over her 30 year singing career, she was equally beloved and respected by audiences, fellow artists and promoters for her world-class talent, her warm personality and her great sense of humour. She performed regularly at charitable events and loved singing the Munster rugby anthem, Stand Up and Fight, on the pitch before games. She was also a mentor to many young singers.

O’Sullivan grew up on Old Blackrock Road, Cork city. Her parents and grandparents on both sides were amateur singers and Cara began training as a singer in her teens. When she was 17, Bob Beare, her singing teacher at the Cork School of Music told her parents, “She can go anywhere in the world. She can be anything she wants to be. She can go to the very top.”

In 2019, O’Sullivan also received the inaugural Cork Cultural Award for her outstanding contributions to the artistic and cultural life of the city

In her early 20s, O’Sullivan gave up singing for a few years after she became pregnant with her daughter, Christine. A single mother, she lived with her parents who encouraged her to return to singing by sharing in the care of her young daughter. When Christine was a toddler, she began training again. “I had a greater appreciation and hunger than I had before. There’s nothing like a baby to make you grow up or to understand the need to make a living,” she said in an interview in 2004.

In 1990, O’Sullivan won the RTÉ Young Musician of the Future competition and subsequently represented Ireland in the Cardiff Singer of the World competition in 1993.

In the early part of her career, she sang only at recitals and oratorios, making the transition to opera gradually. Her first operatic role was the Queen of the Night in Mozart’s The Magic Flute.

Devoted to her native city, she made her home in Frankfield in Cork. She said once that “singing a great aria in a famous opera house is always a thrill and a challenge but I do love to perform in a more individual way too and engage with the audience on a personal level”.

In the mid-1990s, O’Sullivan was treated for cancer in her leg and a few years later, has nodules removed from her vocal cords in London. She recuperated in Glenstal Abbey where she was completely silent for a week.

Always willing to share her talents, she recorded her CD, Cara Diva, with the RTÉ Concert Orchestra under Proinnsias O’Duinn to raise funds for the Marymount Hospice in Cork in 2003. And, she was the ambassador for the Kinsale Pink Ribbon Walk in 2012 and 2013, singing Stand Up and Fight before joining more than 1,000 runners and walkers on the 10km route around Kinsale.

The diagnoses of early-onset dementia in 2018 brought a premature end to her glittering career. She gave her last concert performance with tenor, Noah Stewart and the RTÉ Concert Orchestra in the National Concert Hall in June 2018. In 2019, her musician colleagues acknowledged her generous contribution to the musical life of Ireland at sell-out fund-raising concerts at the Cork Opera House and at the National Concert Hall in Dublin.

In 2019, O’Sullivan also received the inaugural Cork Cultural Award for her outstanding contributions to the artistic and cultural life of the city.

She is survived by her daughter, Christine, her sisters, Aoife (Coyne), Nuala, her brother Jim, nephews, nieces and grandnephews.