Linda Ervine, a sister-in-law of the late unionist politician David Ervine, is introducing the Irish language to loyalist parts of the city 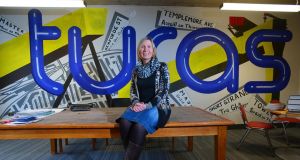 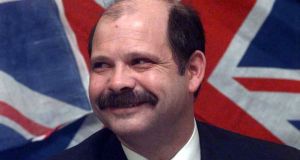 There’s a community garden outside East Belfast Mission, and its little signs are in three languages: English, Polish and . . . Irish. This is a bit of a surprise on Newtownards Road, in the middle of loyalist Belfast, with the old Harland and Wolff cranes, Samson and Goliath, down the road, just beyond the mural extolling the proud history of the UVF.

And here is the woman responsible for bringing Irish to this new location: Linda Ervine, small and blonde. She is a sister-in-law of the late Progressive Unionist Party leader David Ervine. His sudden death, in 2007, at the age of 53, was devastating for her husband, Brian. “There was only 10 months between them,” she says.

Linda had known of David Ervine long before she married his brother. “My granda and uncles were very friendly with David Ervine. I remember being in my nanny’s kitchen and them asking me if I’d voted for David yet. My family had never voted for any party with unionist in its name until David Ervine.”

These exchanges happened in her granny’s house on Beechfield Street, not far from where we are sitting.

Ervine is a woman so local that she can trace her life for you on the map of this area that is painted on a wall of her office. She lived on Beechfield Street herself, as a young married woman. Here is the street, just behind the mission, where she and Brian Ervine, who is her second husband, live happily now. Here is Thistle Street, where Linda’s paternal grandmother, Annie Catherine Collins Watson, was born in 1910. And where Linda’s father was born. And where the family was living when Linda was born.

Over the large map is painted the word “turas” in tall letters. It means “journey”, she says. But actually it is her own journey that is writ large in this office. Ervine is impressive in any language, but she has fallen in love with Irish.

For this she has been strongly criticised in the Protestant community of which she is so much a part. The unionist politician Nelson McCausland has said, among other things, “The Irish language is still undoubtedly a weapon in Sinn Féin’s cultural war.”

Now she’s running 10 Irish classes a week here, teaching 120 people, with the support of East Belfast Mission. There have been objections, but they have held firm, and so has Ervine. “I’m not doing anything wrong,” she says quietly. “I’m not forcing it on people.”

She never doubted that there was a demand on Newtownards Road for Irish, and she has been proved correct. “One of the things that I realised when I first started learning Irish was that this is something that’s been withheld from me, this is something that was denied me. I wish I would have known this language before.”

It was on her visits to the Republic that Ervine, like many other visitors, would try to work out what the Irish-language signs were saying. “I thought every beach in Donegal was called ‘trá’. I didn’t know what ‘fáilte’ meant. I thought ‘amach’ was a town.”

Bilingual signage intrigued Ervine. Through a difficult youth and early life – she was a grandmother at 33 – it was her curiosity that rescued her. She bubbles with enthusiasm when she talks about the lectures she gives to Protestant communities about the Irish origins of place names – the home ground of Glasgow Rangers, for example, being Ath Bruic (Badger’s Ford), commonly known as Ibrox. And she wants to reclaim the Protestant supporters of Irish from history.

Although Ervine’s life might have appeared typical of working-class Protestants of her generation in Belfast – she was born in 1961 – this was not actually the case. “My family is communist,” she says. “At 11 I went to live with my father in Twinbrook” – then, as now, a republican stronghold in west Belfast. “I went to a Catholic school while I was there. I had the opportunity to see the other side. When people here talked about Fenians I knew something else.”

As a young married woman she “was in the last Protestant house in Beechfield Street”. “I couldn’t put my baby out the front in her pram. You had to have your windows put in three times before [the local authority] would give you grilles. It was hard. But I knew that there were [Catholic] people down the road who had no windows either.”

Her coming to Christianity started when she re-entered education, at Castlereagh College, and began to study the last two books of Milton’s Paradise Lost. She found out that she was a Protestant who didn’t know the Bible. “That kind of bothered me.”

After many false starts in her search for psychological support she began psychotherapy. “I had weekly treatment off and on for eight years. It was extremely intense.”

Her childhood had not been ideal – her father, although a hero to her, was not the perfect parent – and her life experience had left her with a series of phobias, as well as issues around food.

Slowly she made progress. “I learned to drive. And I started every class that was going. I was hooked on education. I was obsessional to get As. My God, it was like someone opening a door . . . It was intimidating, but, my God, it was exciting.”

She started to leave the roads that still sit on the map on the wall behind her now, the area she loves dearly. “You see, coming out of east Belfast, it was like a weight was lifted off your shoulders,” she says.

She started going to the theatre. “I was in the front row of everything.”

And she still is.