To mark the first anniversary of the marriage-equality referendum, Charlie Bird asks gay people, and their relatives, how Ireland has changed for them.

Charlie Bird collected 52 stories from people around Ireland affected by the marriage referendum results. The resulting book 'A Day in May' is out now. 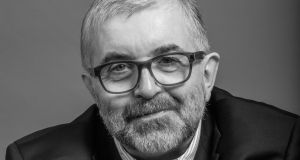 To mark the first anniversary of the marriage-equality referendum, Charlie Bird asks gay people, and their relatives, how Ireland has changed for them. Among them are Garry Hynes, Bill Hughes, Erney Breytenbach, Brandon Martin, Vivian Cummins, Enda Morgan, Rachel Morgan and Marion Doherty.

Bill Hughes is a radio presenter and television producer

I’m from Athy, in Co Kildare. Born in 1955. I’m one of 13 children. I was the loud, overachieving middle child. My parents were straightforward God-fearing people. He came from a Protestant tradition up north. She came from an extremely Catholic republican tradition down south. And so in our house that kind of stuff didn’t get talked about, because it would only be too contentious.

I always knew. I was always the one that was fascinated by the big entertainment shows on telly. I was a cliche myself. My mother’s father, my grandfather, commented once that I walked in a funny way, that I had turned-in feet. I walked like a duck. And he said, “You would need to be getting him playing more sport, to break him out of that.” So my father brought me to boxing lessons. 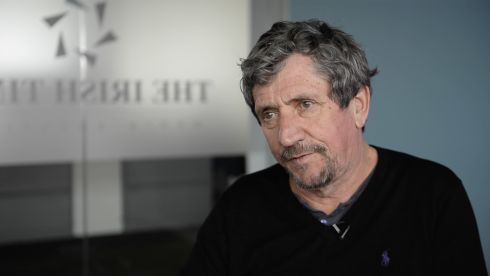 I came out when I was 16. And my parents were at the end of a long kitchen table. And there had just been a programme on TV, and it was one of those heavy interview programmes, but the subject of the interview was Christopher Isherwood, one of the great writers of the 1930s.

And I said, “What if I was like that?” And they were, “What do you mean?” My mother was, “Don’t be ridiculous. That’s just nonsense. You couldn’t be. You are only looking for attention.”

My father said he had met lots of men like that on his travels, and the one thing they all had in common was that they were lonely. And he said, “I hope you never tell me that you are lonely, because I will have failed you.” And that was it.

I sat down in the chair, and he said, “Now, what seems to be the trouble?” And I said, “I think I’m bisexual.” And he said, “Don’t be ridiculous. Most young guys go through that phase.” I went back the following week, and he made a pass at me. So I thumped him in the face, and I walked out and never went back.

I came to college to UCD. There were dark days. I was pretty much out to most people. But most people didn’t really understand it or believe it at that time, because it was kind of a new thing.

There was a fantastic character called Gerry McNamara, and Gerry subsequently became a senior scriptwriter in RTÉ and wrote Nighthawks and all that sort of stuff. Sadly, Gerry got Aids and died. But in UCD Gerry was a fantastic English student. He would march through the corridors of Belfield in a blue velvet cape, and everybody was, “Darling”, and “Are we going down to the dram soc?” I remember thinking, Okay, I’m gay, but I’m not that gay.

In Dublin in the early 1980s gays would meet on a Saturday afternoon at the Bailey pub, on Duke Street. It would be a great place to socialise, real fun. But this is a secret society. Everybody within the group was thinking, Nobody knows; everybody outside on the street, doing their shopping, didn’t know that we are all queers.

I lost my college peer group to Aids. I stopped counting after 30 friends, and that’s just in Dublin. I could count 30 friends in New York, 30 friends in London. I could count so many people who died in so many parts of the world. I have photographs of dinner parties in my old house on South Circular Road where there were maybe 10 of us around the table, and I’m the only one still alive. Everybody died of Aids. I don’t know how I didn’t get it.

There was definitely nothing good about being gay in those days. And that’s why everybody was so much in awe of David Norris, that he was putting his professional career and his reputation on the line by declaring that he was gay and tackling decriminalisation. What David did was extraordinarily brave, because he put his head above the parapet. Most people didn’t.