After my mother died, I realised she was a hoarder 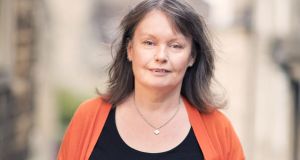 Susannah Walker is getting used to people telling her that they relate to her experiences, and I’m no exception. I open up our conversation with a gambit she has heard many times by now: that after reading her book The Life of Stuff, I too was reminded of my mother’s death, and the silently devastating ritual of clearing out her house. How opening old files and coming across forgotten trinkets and belongings tore wounds open afresh, almost reframing who my mother was in my mind.

Walker, gracious and polite, nods at the compliment. But then I remember. Susannah Walker’s experience of clearing out her dying mother’s house and mine are worlds apart.

Walker’s mother, Patricia, was nearing the end of her life and living in a hospital when Walker returned, after many years, to the family house on Rose Terrace. The walls were pockmarked with damp and mould, the floors flecked with mouse droppings. There were piles and piles of detritus everywhere. Brambles had started invading the kitchen from the back garden, via a broken door. Unbeknownst to Walker and her brother, her mother had been living for decades like this. She had lived among chaos and squalor, eventually giving way to the grisly fate of a hoarder.

Walker was hit with a maelstrom of emotions: confusion, anger, shame, guilt.

“As soon as I started dealing with hospitals and social workers, I heard ‘we see this all the time’,” recalls Walker. “There were huge feelings of shame and awfulness and ‘it’s all my fault’, but it becomes a relief to see you’re not alone. There’s a kind of sense of . . . well, not normality, but you’re not stuck in a terrible situation with no one to help.”

Walker’s feelings of shame and regret were all the more complex given that she had endured a difficult relationship with her mother – who had experienced depression and grappled with alcoholism – down the years.

“The nurses were so good about the anger I felt towards my mother,” recalls Walker. “There was a sadness that we hadn’t been able to sort things out. Because, I think in a way, the hoarding was this external representation of the sad life my mother had had. In reacting to her hoarding, I was reacting to her whole biography.”

Almost immediately, Walker went into a “kind of coping mode. I thought if I can organise the living daylights out of the situation . . ., it was easier than thinking the alternative,” she recalls.

She made weekly visits to the house on Rose Terrace, chipping away at the mountain of debris and decay. Getting the house ready for market aside, another goal began to surface. Walker wanted to understand finally what kind of woman her mother had become.

To say that she found Pandora’s Box is understating the case somewhat. She unearthed a battered suitcase of documents that told her more about her mother than she could have ever imagined. There was a family history of drinking and feckless young men, or husbands dying young. Patricia had attempted to distance herself from her own dysfunctional childhood with marriage, but her relationship with her husband broke down when their first daughter, Walker’s elder sister Fiona, died in infancy. After her parents divorced, Walker spent more time with her father and his new wife, with the chasm between her and her mother growing ever larger.

“I started to see just how terrible my mother’s life had been,” admits Walker. “When she started her own life, she was hoping for a brand new start, and to have catastrophe follow her again and again . . . I really did start to see her in a different light.”

Walker, already the author of a handful of design books, began to ponder the possibility of writing about the experience in memoir form. She knew that writing about a difficult mother/ daughter relationship was addressing one of our culture’s last taboos. Not only that, she also realised that the story was an extraordinary one: a few precursory emails to some major agents only confirmed it.

“No one in this country had written a memoir about hoarding, other than ‘we can fix you’, or ‘20 steps to decluttering your home’,” she says. “It was a helpful thing for me to do, writing about it.

“Yes, there’s a bit of you that thinks, I will write this and everything will be different,” she adds. “Virginia Woolf said that once she wrote To The Lighthouse [a book about the Skye family, and the recall of childhood emotions], she never dreamt of her mother again. You kind of hope that when you write, everything will be sloughed out, but it’s not as straightforward as that.”

Some parts of the story could well have been more difficult to commit to paper than others. In one particularly heart-stopping moment, Walker finds a note in the suitcase: “Birth daughter two – didn’t sleep much. Hell as a small child.” It seemed to confirm Walker’s long-held suspicions about how much, or how little, her mother loved her.

“That really did happen like that,” Walker recalls. “I didn’t feel like I’d been punched in the stomach or anything, but I knew there was a value to [that moment]. It would have been easy to put the suitcase in the attic and not think of it. In a sense there was a therapy involved in forcing yourself to look at these things.”

Now that Walker is a mother herself, I ask her if her experiences with her mother have affected her own parenting.

“I think there are ways in which I’ve spent my parenthood trying to be better than my mother,” says Walker. “In a wider sense, we work on the inverse logic that we’re not as miserable as the generation before. We are perhaps more conscious of the value of throwing things away.”

That almost sounds like a direct reaction to her experiences with Rose Terrace, I note. “That’s definitely a reaction,” she affirms. “I have a morbid fear of unopened post, and post piling up.”

In a bid to make herself feel ostensibly better, Walker began researching the psychology of hoarding. Among the commonalities that hoarders present are huge experiences of grief and loss. Even more intriguingly, hoarders tend to personalise the items that they own; so much so that they can’t bear to throw even a newspaper away. Pretty soon, Walker fell down a rabbit hole of hoarding research. Among the most bizarre phenomena she learned of was “wet hoarding” – people who hold onto their own body waste.

“You read of people hoarding five gallon containers [for that purpose],” says Walker. “I think a lot of it has to do with once things get into a certain state, it’s just so hard to get out. In some cases, a toilet might stop working, and someone is merely making a provisional choice.

“I read message boards and almost everywhere you’ll find people trying to stop hoarding,” she says. “Loss is recurring. You read of people whose mother died and they were sent to live with a father, and they could only take what they could carry in a suitcase, and the new wife tries to burn the suitcase. You spend your life, essentially, trying to replace their lost objects.”

I ask Walker how, given her own first-hand experience with Rose Terrace, she feels about the current fetishisation of hoarding via reality TV.

“I have a complex relationship with those shows,” she admits. “I watch them partly to see the clearing up happening. The British ones don’t seem so voyeuristic once you see the American ones. In a way, there’s a real benefit to talking about it, as it’s very much a hidden problem.”

As to whether the entire process has been help or hindrance for the grieving process,Walker is still unsure.

“I spoke with a friend whose parents divorced acrimoniously, and when her father died she was just waiting for a wall of grief to crash on her, and it didn’t,” she notes. “I thought I’d end up grieving for things I never had, but it never happened. I think I had to some degree grieved the loss of my mother beforehand but that doesn’t mean it was a straightforward process. I hadn’t thought about what the actual grieving process would be like, although I always knew that when it would eventually happen, things would be somewhat different.”

‘He was some man’: Shane’s journey from care child to fearless activist
Real news has value SUBSCRIBE