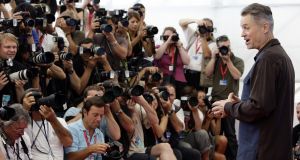 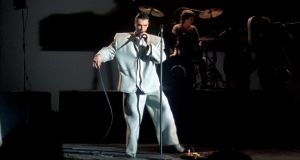 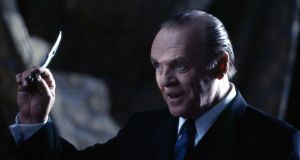 Hannibal Lecter, Silence of the Lambs

Jonathan Demme, who has died aged 73 from complications from cancer, rose from his colourful if tawdry beginnings under the aegis of the exploitation maestro Roger Corman to become one of the most eclectic, delightful and original film-makers in Hollywood. He also happened to be one of the nicest: the compassionate sensibility that lent his work its warmth and musicality was no put-on. Plainly put, he loved people.

Even his darkest work, such as the hit thriller The Silence of the Lambs (1991), which gave him his first taste of box-office success nearly two decades into his career and also brought him a best director Oscar, had a beguiling tenderness about it. For all that film’s gruesome frights, it was the connection between the FBI agent Clarice Starling (Jodie Foster) and her macabre mentor, the serial killer Hannibal Lecter (Anthony Hopkins), that lent the film its emotional bite.

His movies could be bewilderingly diverse – he made the innovative concert film Stop Making Sense (1984), the uproarious screwball thriller Something Wild (1986), the Aids drama Philadelphia (1993) and a remake of The Manchurian Candidate(2004) – but they were united by their colour and vim, as well as a deep-seated sense of conscientiousness and community. Demme cared deeply about what he put on the screen.

“That’s one of the joyful aspects of the work and I also feel it’s part of my responsibility as a film-maker,” he said in 2004. “You have to remember that the behaviour you visualise on screen will be witnessed by thousands or millions of people, and will ultimately say something about us as a species. That’s why it gets harder for me to have pure villains in my films. When people tell me, ‘Oh, Meryl Streep’s great in The Manchurian Candidate, I hated her so much!’ – well, I don’t wanna hear the ‘hated’ part, because I see her as a fully fledged, emotional person.”

Crucially, he never lost touch with his B-movie roots. He always remembered Corman’s advice to keep the viewer’s eye stimulated; as a mark of affection, he gave Corman cameo roles in most of his films.

He was born in Baldwin, Long Island, the son of Robert Demme, who worked in PR, and his wife, Dorothy (nee Rogers). Jonathan was educated at the University of Florida, where he became a film critic on the college newspaper and came to the attention of the producer Joseph E Levine, who was so impressed (not least by Demme’s positive review of Zulu, which Levine had produced) that he hired him as a publicity writer.

Demme met Corman while working in London on publicity for the latter’s war film Von Richthofen and Brown (1971), and was soon recruited into the stable of writer-directors that had already spawned Francis Ford Coppola and Peter Bogdanovich.

He shot one scene of the sex film Secrets of a Door-to-Door Salesman (aka Naughty Wives) (1973) and wrote assorted scripts for Corman, such as Angels Hard As They Come (1971) and The Hot Box (1972), before making his directing debut with the women-in-prison thriller Caged Heat (1974) and the lighthearted gangster movie Crazy Mama (1975). In both instances, he insisted that the criminals should survive; Crazy Mama even ends with the outlaws cheerfully running a hot-dog stand. “They escaped! You’ve got no ending!” cried an outraged Corman.

After his last outright exploitation picture, the revenge thriller Fighting Mad (1976), Demme made his major studio debut with Citizens Band, aka Handle With Care (1977), intended by Paramount to cash in on the CB radio boom but shaped by Demme into a sweet-natured comic roundelay. The agent turned producer Freddie Fields interfered in the production and even sacked Demme at one point, until Roman Polanski, who had heard about the incident through a mutual friend, demanded his reinstatement.

Glowing reviews (Pauline Kael likened Demme to Renoir) did not translate into ticket sales and the film was a flop, as was Last Embrace (1979), his witty homage to Vertigo.

There was praise, too, for Melvin and Howard (1980), which dramatised the true story of an unassuming milkman who helps an old man stranded in the desert one night after a motorcycle accident; only later does he discover that he came to the rescue of Howard Hughes and that he has been made a beneficiary in his will. Demme’s intimate, easygoing humour, and his affectionate work with his cast (including Mary Steenburgen, who won an Oscar) brought purpose and definition to this featherweight tale.

An on-the-lam adventure steeped in colour, eccentricity and music, Demme negotiated masterfully the switch halfway through from comedy to suspense

He had another bruising encounter with Hollywood on Swing Shift (1984), a wartime comedy-drama which was re-edited by its star Goldie Hawn, who was also the producer. But Stop Making Sense was a triumph – a fully cinematic visual record of a Talking Heads performance, with the band and the show assembling gradually, song by song, beginning with just the singer David Byrne on stage with a guitar and a tape-recorder and ending with a full battalion of musicians, dancers, backing singers, props and costumes (including, famously, Byrne’s boxy, over-sized suit).

Something Wild threw together an uptight businessman (Jeff Daniels) and an unpredictable kook (Melanie Griffith) in an on-the-lam adventure steeped in colour, eccentricity and music; Demme negotiated masterfully the switch halfway through from comedy to suspense.

In Swimming to Cambodia (1987), he brought to a one-man show by the actor and raconteur Spalding Gray some of the same minimalist magic of Stop Making Sense and delivered another quirky marriage of crime and comedy in Married to the Mob (1988), starring Michelle Pfeiffer as a mafia widow. However, the audiences were not won over. “I wondered if I was missing some commercial gene,” he said. “Or if I had a curse.”

Demme claimed to be as surprised as anyone about the success of The Silence of the Lambs. “I had just done what I always did. Only this time it worked.” That was an understatement. The film was only the third in history to win all five major Oscars; it made more than $240m worldwide and its influence was strongly felt on the thriller genre, though it was to Demme’s credit that he opted not to direct the sensationalist sequel (Hannibal) and prequel (Red Dragon).

Philadelphia, about the efforts of a lawyer (Tom Hanks) to sue the practice which dismissed him after discovering that he was dying from Aids, could hardly have been more different. It was credited with encouraging a better understanding of HIV/Aids.

“We got together and tried to come up with a movie that would help push for a cure and save lives,” Demme said. “We didn’t want to make a film that would appeal to an audience of people like us, who already had a predisposition for caring about people with Aids. We wanted to reach the people who couldn’t care less about people with Aids. That was our target audience.”

He later conceded that the success of those two films changed the course of his career, and not exclusively for the good. “There is some seductive upward spiral, which I might have got sucked into, where once you have success, you get to make even more expensive films, you get paid more and your work seems even more ‘important’ and ‘major’.”

His adaptation of Toni Morrison’s novel Beloved (1998), though intensely powerful and boasting a spectacular performance by Thandie Newton, did not continue his box-office success, while The Truth About Charlie (2002) was an insipid remake of the much-loved caper Charade.

He rediscovered his earlier vitality with Rachel Getting Married (2008), a fizzy family drama which drew on memories of his mother’s alcoholism and starred Anne Hathaway as a woman leaving rehab to attend her sister’s wedding. Shot with hand-held cameras (camcorders were even placed in the hands of the extras playing wedding guests, and their footage spliced into the movie) and peppered with impromptu musical turns, it fulfilled Demme’s ambition to create “the most beautiful home movie ever made.”

Less well-received, but brimming with bonhomie, was Ricki and the Flash (2015), with Meryl Streep as a rock singer re-connecting with the daughter she abandoned.

You get a good script, good actors and try not to screw it up.

Aside from his fiction work, Demme was an accomplished documentary maker whose subjects ranged from family (his cousin, an Episcopalian minister, in the 1992 Cousin Bobby) to musicians (Robyn Hitchcock, Neil Young, Justin Timberlake) and politicians (Jimmy Carter in the 2007 Man from Plains).

In 2008, asked whether he had anything to add to the formula he had outlined in 1986 for making a decent movie – “You get a good script, good actors and try not to screw it up.” He let out a joyful laugh and gave an exaggerated slap of the thigh: “That’s the formula, baby.”

He is survived by his second wife, Joanne Howard, and three children, Ramona, Brooklyn and Jos.