Our Wedding Story: Down on one knee by the washing machine

Sinéad Vaughan (29), originally from Edinburgh but living in Limerick since she was nine, is a nurse, and Ger Corcoran (32) from Glasnevin, is currently completing a master’s in education at DCU. They met four years ago when Sinéad moved to Dublin to study at Trinity College.

Ger proposed in November 2013 in the kitchen of their friends’ house while Sinéad was unloading the washing machine. 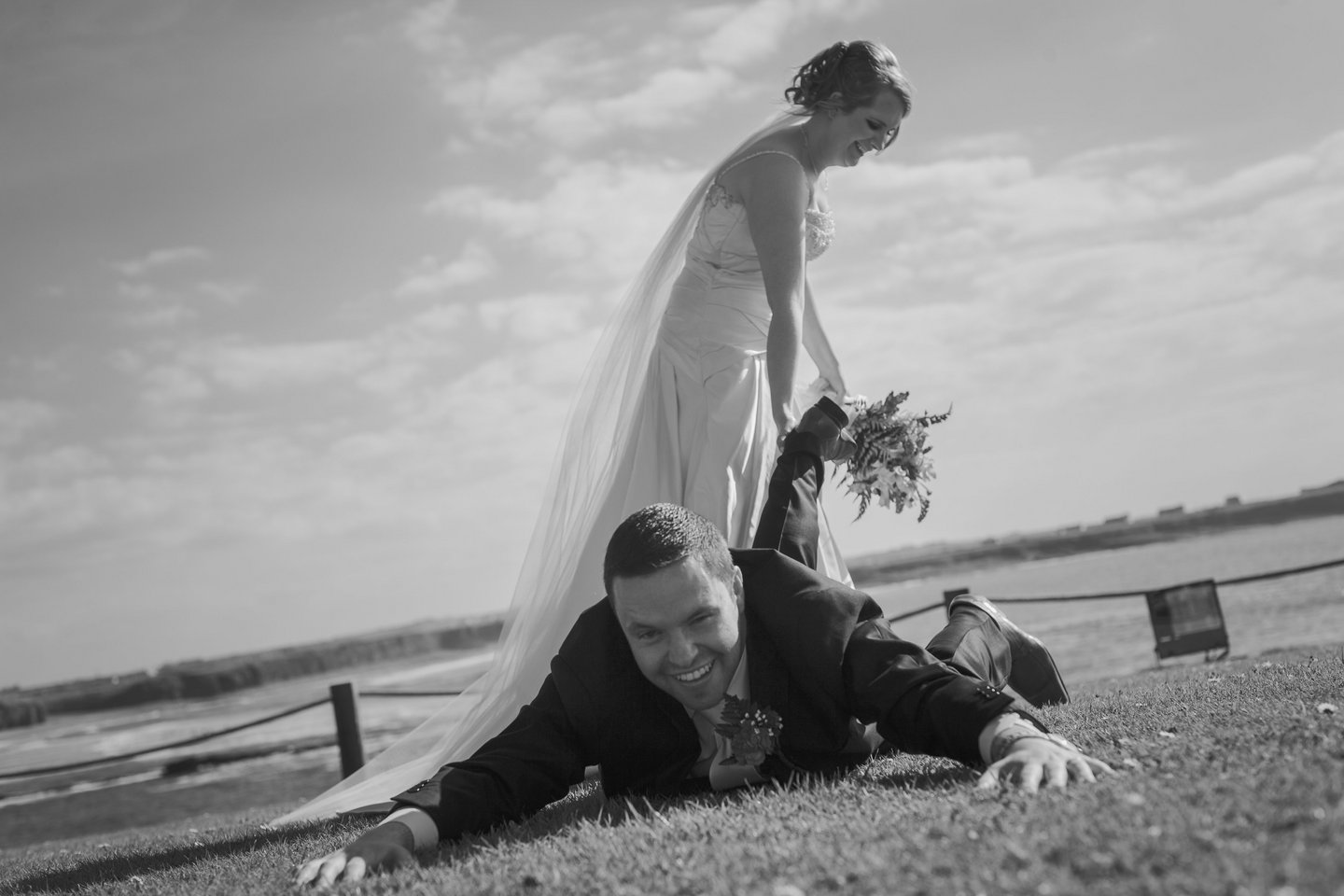 “We were renovating our own house and had moved in with some really good friends, Brian and Siobhán, while the work was being done . . . not a traditional proposal, but perfect for us and a lovely lift for Sinead in the middle of her MSc.”

They were married by family friend Fr Leo Traynor at Cloonanaha Church, near Inagh, Co Clare (the Vaughans have roots in West Clare), on April 6th. Music during the ceremony was performed by the couple’s close friends Dave Flood and Lora Gilbert.

The reception afterwards was at the Armada Hotel in Spanish Point and, says the groom, “we were blessed with beautiful sunshine all day, with temperatures up to 22 degrees”.

Maid of honour was the bride’s cousin Caoilfhionn O’Sullivan, and Caoilfhionn’s sister Muireann was bridesmaid. Best man was the groom’s friend Brian Lang, and David Tyrell was groomsman.

Sinead’s mother Marion made the cake, her father made the mass booklets and her brother James was “chief fixer”. Ger’s cousin George organised the flowers.

Band Hot Fuss brought the house down with music by AC/DC, Oasis, Van Morrison and The Beatles. The first dance was to "a cracking cover" of Between the Raindrops by Lifehouse.

The newlyweds live in Dublin and spent three weeks in Canada and Alaska for their honeymoon.

Michael Harding: My friend said a bank holiday in honour of some holy biddy who never existed was a farce
Róisín Ingle: Marie Kondo has given up cleaning? We have so much more in common now
‘Living in Dublin feels so romantic, but living here is incredibly challenging financially’
When Walt Disney World closed one of its most popular rides, superfans began to sell bits of it
Brianna Parkins: Did I really need to buy all that shite? Let me tell you what I regret the most

Finglas anti-immigration protest: Garda deploys public order unit on raised risk of violence
‘I barely recognise our 17-year-old son any more, either physically or emotionally’
PR executive seeks judgment against ex-partner for alleged defamation
Michael Harding: My friend said a bank holiday in honour of some holy biddy who never existed was a farce
Oscars 2023: Uncomfortable truth is that two black women are best-actress race’s most obvious losers

Tyre Nichols: Funeral blends celebration of his life with outrage over his death

The Irish Times view on the latest road death statistics: a worrying trend requiring a response

The Irish Times view on the Labour Party’s performance

Ukraine steps up anti-corruption crackdown before talks with EU