Neil Diamond: He’ll say a little Christmas prayer for you

Another Yuletide album? ‘Christmas lends itself to exquisite expression,’ the songwriter explains 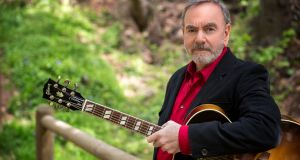 Neil Diamond: “When I was a child, I must say I did feel a little left out, not celebrating Christmas. But I’ve taken up that banner. We celebrate it now with a vengeance.” Photograph: Micah Diamond 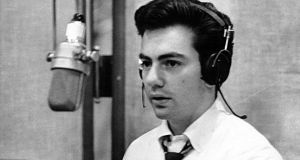 Neil Diamond in 1963: When starting out, he toyed with “Noah Kaminsky” and “Eice Charry” as possible stage names.

There’s a line in Neil Diamond’s deceptively jaunty 1972 hit Song Sung Blue that captures Diamond’s entire marvellous oeuvre: “Funny thing/ But you can sing it with a cry in your voice/ And before you know it get to feeling good/ You simply got no choice.”

Even in the riotous, punchy choruses of Diamond’s most beloved singalong compositions – real belters such as Cracklin’ Rosie, Sweet Caroline and I’m a Believer – there is weight and melancholia in his unmistakable bass.

“You don’t leave yourself behind when you start writing songs,” Diamond (75) tells me. “I was a quiet kid. I’m still pretty quiet as an adult. Being solitary may have been one of my traits earlier on, and it has left its mark. A sense of sadness and loneliness is part of my persona as a writer.

“But you can’t stay solitary in the entertainment business. I’m also quite gregarious. I love to laugh and joke around. I’d say I’m a more balanced person than I was as a young man.”

Diamond, the rakish, rhinestoned performer they once called the “Jewish Elvis” wears more sombre attire these days, entirely in keeping with his late, stripped-back sound. He didn’t need to change a thing.

The perennial concert draw grossed $168 million over the three tours preceding the release of 12 Songs, his 2005 album produced by Rick Rubin. Rubin, a Beastie Boys, Slipknot and Jay-Z collaborator, masterminded a similar back-to-basics career move for the late Johnny Cash.

The voice, whatever the accruements, remains the same. What’s Diamond’s secret?

Diamond retained Rubin’s stripped-down approach for Melody Road (2014) and Acoustic Christmas. The latter is a new festive collection that is a very different record to Diamond’s lush, multimillion-selling 1992 Christmas Album.

The new project, in common with Melody Road, was produced by Don Was and Jacknife Lee, and was borne from sadness and love. How very Neil Diamond.

“It began with the song Christmas Prayers,” Diamond says. “It was kind of a natural expression of something that I had shared with my wife when she was feeling very blue about her grandmother’s passing. She actually asked if I’d write something for her grandma. I don’t recall ever doing anything like that before. But I was very simpatico with her.”

He suggests that Christmas Prayers may be his most difficult song since 1971’s I Am . . . I Said, an intensely personal lament inspired by months of psychoanalysis and the death of Lenny Bruce.

“Christmas Prayer was a really lengthy process and a hard song to write,” he says. “I wanted it to soothe and serve a purpose. Firstly for my wife, and then for anyone else who might listen to it. It was written over a year and a half, which is a long period of gestation. You would have to go back 40 years to I Am . . . I Said, since I had a hugely difficult time. That was maybe for different reasons.”

Diamond is a veteran of difficult birthing. Inspired by a Pete Seeger performance, the Brooklyn youngster dropped out of NYU medical school to take a songwriting job in Tin Pan Alley. It took him eight years to score a hit.

In I Am . . . I Said, Diamond expresses a spiritual homelessness: “LA’s fine, but it ain’t home/ New York’s home but it ain’t mine no more.” He has subsequently mellowed on the issue of Brooklyn’s gentrification.

“I go back there occasionally for family, for work, for nostalgia reasons,” he says. “There are unrecognisable buildings in my old neighbourhood. But it hasn’t changed drastically. It’s a pretty big borough. It’s a city, really. I see it changing; the rents are getting higher. But it would take quite a bit for it to change so much that I wouldn’t recognise the place. It still has the same characteristics and sights and attractions.”

Neil Leslie Diamond was born to Russian and Polish immigrants. He is culturally Jewish enough to have toyed with “Noah Kaminsky” and “Eice Charry” as possible stage names. And yet he has loved performing Christmas music since high school, where Barbara Streisand was a fellow chorister.

“When I was a child, I must say I did feel a little left out, not celebrating Christmas. But I’ve taken up that banner. We celebrate it now with a vengeance. The whole family. We’re making up for lost time.”

He is in good company with Christmas Prayers. Irving Berlin’s White Christmas, Jule Styne and Sammy Cahn’s Let It Snow! Let It Snow! Let It Snow!, Johnny Marks’s Rudolph the Red Nosed Reindeer, Jay Livingston and Ray Evans’s Silver Bells, Albert Hague’s You’re a Mean One, Mr Grinch: Diamond says it is probably no coincidence that much of the Christmas canon has been penned by Jewish songwriters.

“Christmas lends itself to exquisite expression. I’ve always loved the music. I don’t know what the attraction is. But just as I didn’t have Christmas as a child, that’s probably true of all the other Jewish writers. Writing beautiful Christmas music isn’t something they were born to do. They just felt they had missed out and relished the opportunity to make up it.”

Diamond is delighted by recent developments with another Jewish-born songwriter. Last month, when the Swedish Academy announced Bob Dylan as the recipient of the 2016 Nobel Prize in Literature, every singer-songwriter “held their head up just a little bit higher”, he says.

“When that news broke, I felt like I had won something.”

Coronavirus: How to keep your car a safe haven during the crisis
6

Paul Flynn: Here’s what happened when my kids took over our kitchen
Real news has value SUBSCRIBE