Tesla is patently ready to share its tech secrets 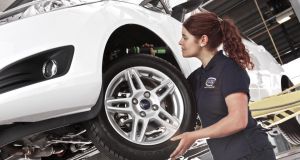 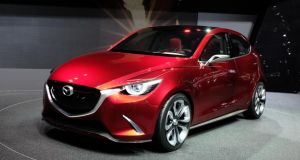 Mazda’s new 1.5-litre diesel will debut in the next-generation 2 supermini

As expected, Tesla has thrown open its patents book to the motor industry at large. The California-based electric car maker has decided to reveal many of its technical secrets and breakthroughs as an altruistic measure, underlining boss Elon Musk’s commitment to the electrification of transport.

“Tesla Motors was created to accelerate the advent of sustainable transport,” said Musk in one of his regular blogs. “If we clear a path to the creation of compelling electric vehicles, but then lay intellectual property landmines behind us to inhibit others, we are acting in a manner contrary to that goal.” The openness has already borne fruit, as BMW has already been speaking to Tesla about potentialy using some of its tech. The patent freedom doesn’t extend, yet, to the batteries themselves though; those have been co-developed with Panasonic so Tesla’s arms are tied in that arena. BMW is believed to be most interested inTesla’s fast-charging ’Supercharger’ network. Rival Mercedes already has an agreement to technology-share with Tesla.

Ford’s crafty plan to service customers
Ford is aiming to help cash-strapped motorists maintain their vehicles with the new Motorcraft 5+ scheme. As part of the plan, for a cost of €129, a Ford dealer will service any car from the Ford range and will include oil & oil filter change, air or cabin filter replacement, an electronic vehicle health check, a check for outstanding service enhancements and software updates , and a free car wash.
According to Dave Pimlott, Ford Ireland director of customer service: “Many customers are postponing or skipping servicing of their cars mainly due to money worries; we are sure that our Motorcraft 5+ service offering will be of interest – and even more so when you take into account our €20 fuel voucher offer.”

Mazda’s new diesel reaches for the sky
Mazda is finally revealing some details of the new 1.5-litre SkyActiv diesel engine that will make its debut in the 3 and the new 2 small car later this year. The engine will have a power output of 105hp and a torque figure of 250Nm, although these are likely to grow with a more muscular version at a later date tom compete with the likes of Peugeot’s 120hp/320Nm BlueHDI engine. Mazda says that the engine is efficient enough not to need an AdBlue system to reduce its NOx emissions and that it will “achieve among the highest level test mode fuel economy figures for a vehicle powered solely by combustion engine in registered vehicles excluding hybrid and micro-mini vehicles in Japan, as well as drastically improved practical fuel economy.”