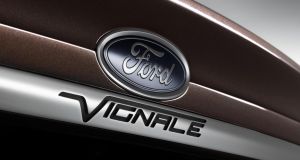 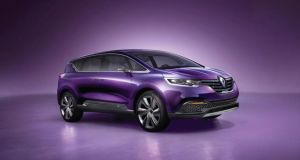 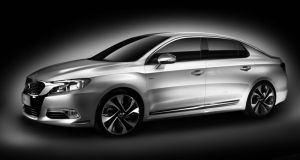 Although it might seem implausible in the current climate, mainstream brands are planning a major assault on the premium car sector. Volkswagen is preparing for the arrival of a sleek new Passat, taking its design cue from the current CC but with much more technology and a clear attempt to lure some entry-level buyers away from the premium brands.

Similarly, Hyundai has a long-term goal of moving the brand up the motoring food chain.

Over at Ford, plans are well in place to introduce some premium appeal to the brand with higher-end versions of its mass-market models as it tries to end years of losses in Europe. With most of Ford’s rivals chasing the same affluent buyers, the tactic is fraught with risk and there may be few winners.

However, Ford’s executives are confident they can convince drivers to pay more for existing models upgraded with leather interiors, chrome mouldings and top-notch customer service packaged under a new label, Vignale.

Ford’s European sales could soar by 25 per cent to 1.65 million cars by 2020, according to research firm IHS Automotive, as the manufacturer will have at least 25 new or upgraded models by 2017.

That may count for little if it cannot raise prices. “Prices are still as competitive as they were in the worst of times,” said Ford’s European sales chief Roelant de Waard.

The firm has spent years searching for a premium formula that works in Europe’s fiercely competitive car market, a process that saw it take on and later jettison European luxury carmakers Volvo and Jaguar.

This time it is focusing on its own brand as it targets more affluent Ford buyers and drivers considering their first purchase of a high-end car. It also has customers of German premium brands BMW, Audi and Mercedes in its sights.

“People assume it would be very hard to sell to them but that’s not the case,” de Waard said, pointing out that one in six owners of Ford’s S-MAX on the continent previously drove a German premium brand.

Much will depend on the reception for its long overdue new Mondeo, now due at the end of this year. Ford will also start selling its iconic Mustang sports car in Europe in 2015 and does not rule out introducing the upscale Lincoln brand at a later stage.

Others with upscale ambitions include the French brands, which have long sought to challenge their German neighbours at the upper end of the market, though in most cases such attempts have ended in failure and boardroom recriminations. French group PSA is more advanced in launching its DS marque, which chief executive Carlos Tavares plans to separate from the Citroen brand.

As if that were not competition enough, Fiat Chrysler is readying yet another major push for its Alfa Romeo brand.

Analysts agreed the outlook for Vignale was challenging.

Ford, however, believes the Vignale label can enhance the appeal of cars like the Mondeo and the S-MAX as it overhauls its European model line-up.

To differentiate Vignales from cars produced on the same production lines as cheaper versions, Ford will set up special customer lounges at 500 of its 2,400 European dealerships. They will hold exclusive rights to sell Vignale- badged cars.

Marketing strategy has shifted too, with Ford ending its sponsorship of UEFA Champions League football after 21 years. The league brought the brand to 300 million television and online viewers in more than 200 countries but its focus has shifted to business-minded, tech-focused buyers whom it will seek out using digital media and sponsorship of technology fairs.