“It’s not going to change me”: what to do with your lottery millions

The anoymous Irish winner of €94 million lottery prize has some big, if enviable, decisions to make 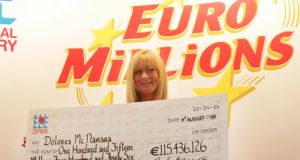 Dolores McNamara, from Limerick, who won over €115 million in 2005. Photograph: Frank Miller 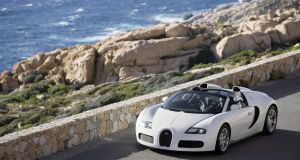 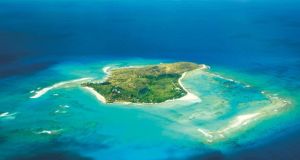 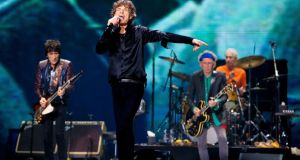 The Irish person clutching a €94 million winning EuroMillions ticket to their chest becomes, if they are not part of a syndicate, the 96th-richest person in the country.

It’s the second-biggest Irish lottery win after that of Dolores McNamara from Limerick, who won €115 million in 2005. She went public but the National Lottery has confirmed that the new winner wishes to stay anonymous. But once the vintage champagne has gone flat and their heart rate is back to normal, it’s decision time.

The boringly sensible option of shoving it all into a high-interest savings account would yield about €5 million in interest a year. That could ensure your continued anonymity but you’d probably go insane after a year or two trying to keep your riches secret.

When factory worker Vivian Nicholson told reporters she was going to “Spend! Spend! Spend!” her 1961 football pools win, she unwittingly became the poster girl for exactly what not do with your lottery winnings. Nicholson went bankrupt after a few years of excessive spending and her riches-to-rags story became the subject of a book, film and West End musical.

The approved approach now is to caution the winner to:

Pay off any debts

Plan for your future

Live a little, give a little (bling up your life a bit but donate handsomely to charity)

Protect yourself (from new best friends and hangers-on)

If our winner were to splash that €94 million they would get, at today’s prices:

2 A €3 million Bugatti Veyron Grand Sport Vitesse (the world’s fastest car), a €12 million diamond-encrusted iPhone, a €1 million hand-stitched silk/cashmere suit with diamonds as buttons, a €2.5 million hand-sewn alligator skin HD television (“a pleasure to look at even when it’s switched off!”), the rights to the sex.com domain name for €15 million (traffic to the site is huge, apparently, so you can flog loads of ad space), a €1.8 million one-year holiday on Richard Branson’s Necker Island, €19 million for a one-bedroom apartment in Tokyo (but at least you can boast that it’s the world’s most expensive one-bed home) and a €2.3 million private Rolling Stones concert. And you’d still have a fair few million left for sundries.

3 You could buy the footballer Cristiano Ronaldo (bought by Real Madrid for €94 million) but his wage bill (€27 million, including off-field earnings) would cripple you after a few years.

4 You could buy the 10-year naming rights for the Aviva stadium (approximately €40 million) and the 02 (€25 million) and name them both after yourself.

5 You could go to the likes of concern.net or trocaire.org and learn just how many lives you could help save or dramatically improve and how many preventable diseases you could begin to eradicate.

Above all, heed the wise words of Irish writer and comic Ian MacPherson. When asked what he would do about all the begging letters if ever he won the lottery, he replied: “I would keep sending them”.