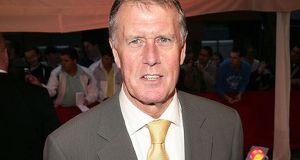 Sir Geoff Hurst: Seville-based solicitor Fernando Salmerón is taking a case to recover funds invested in a failed Royal Marbella development by the former England footballer, one of the company’s clients

Irish investors in Spanish property who took out a Spanish mortgage and were charged fees while doing so may be due a refund.

In its latest purge of the property market the Spanish judiciary has taken its banking sector to task on two fronts: mortgage set-up fees and floor clauses.

For more than two decades bank clients were charged loan setup fees that should have been covered by the banks. Many were also subject to illegal “floor clauses”, where the bank would not allow loan repayment rates to fall below a certain level, even in the low interest-rate environment that prevailed through much of this period. Legislation is now in place to help those affected to reclaim the overcharged amounts.

In December 2015, Spain’s supreme court ruled that clauses introduced by two Spanish banks, forcing borrowers to pay all fees associated with taking out mortgages and buy-to-let loans, were abusive. Additionally, the court ruled that banks should pay for at least part, or in some cases the entirety, of these set-up expenses. It reasoned that it is the lender that requires the lien of the debt placed on a title deed, so it should also be responsible for the associated fees.

Floor clauses have long been used by Spanish banks to protect their profits in a low interest environment. These have now been deemed illegal by both Spanish and European courts.

Last year it was widely reported that those who had lost deposits on unbuilt properties could reclaim the money, plus interest, from their Spanish bank using Ley 57/68 (see The Irish Times report on May 21st, 2016). Bufete Salmerón is using its experience in Ley 57/68 recovery for English-speaking clients, to now make claims for those overcharged by banks. Salmerón says that, although claim forms are freely available, it requires an understanding of Spanish, and the Spanish legal system, to complete them properly.

Mortgage set-up fees vary, but are usually about 3 per cent of the loan value. A typical recovery will involve recoverable amounts of €3,000 upwards. Claimants can expect to pay about 40 per cent of the value of the recovery on receipt of the payment on a “no win, no fee” basis.

Buyers of Spanish properties wishing to check whether they are due a fee refund will need access to a number of documents such as payment invoices from the bank along with a copy of the mortgage deed. Fees charged may include payments to the notary and land registrar as well as Documented Legal Acts tax (AJD duty).

Loan set-up documents along with associated terms and conditions will be required to see if they included an illegal floor clause. Initial assessments will generally be carried out without an up-front payment.

Ruined castles, beautiful views and the Dart: make a move to Shankill

Coronavirus: 16 tips to help you cope in the new world we live in
5

McDonald’s is shut. Here’s how to make your own Big Mac at home
8