Dublin 6 throwback with pool and development potential for €2.95m

A 1950s Rathgar bungalow on a 0.75 acre site will pique developer interest 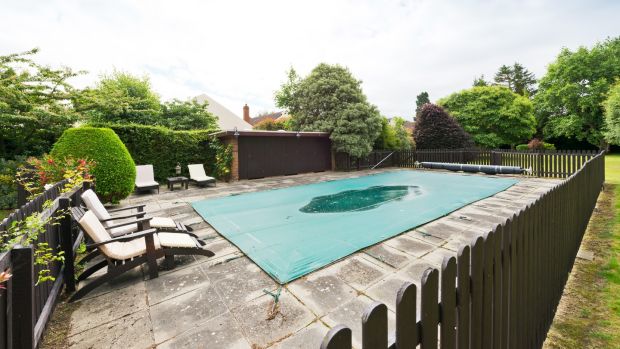 A swimming pool in the garden of a suburban Dublin house is a swanky feature in any decade.

But in the 1950s, when 59 Bushy Park Road in Rathgar was built, it must have seemed the last word in luxury – or optimism, given our climate.

The redbrick bungalow was designed and built on a 0.75 acre site by its architect owner with internal features popular at the time such as teak-framed glass room dividers, exposed brick walls and strip plank wooden floors.

The current owners – who bought in the 1980s – changed aspects of the low-slung detached bungalow but it retains its 1950s feel.

One of their many alterations included converting the garage to the front into a living space – now kitted out as a snooker room and overlooking the front garden. The rest of the living space is orientated towards the rear and its enormous, south-facing garden where two reception rooms open out on to a roomy terrace.

The swimming pool, which is fenced off for safety reasons to protect visiting grandchildren, is, the owner says, very much in use.

There are four bedrooms with the master the largest with an en suite and a small seating area.

The 280sq m property is called The Paddocks – not that it has any current horsey associations – but perhaps in reference to the former use of the site which must have been the location of a larger Victorian property.

It is set behind electric gates with parking to the front for several cars. The owners are downsizing locally and it is probably time for number 59 to get its next makeover – starting with a new kitchen and bathrooms – that is if it is bought as a residential family home to be lived in.

In reality that’s unlikely to happen – a prospect acknowledged in its pricing by agent Turley Property Advisors. At €2.95 million, it’s a bullish price for a four-bed bungalow in Dublin 6 in need of an update – even one with a swimming pool.

But the price could pique the interest of a developer looking for a small residential site in an established area where there is always strong demand.

For further development inspiration all they need do is look over the garden wall of number 59. Decades ago the garden in the property next door was sold off and eight bungalows built on it – and it is that potential (obviously subject to planning permission) that accounts for the price.