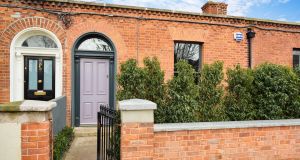 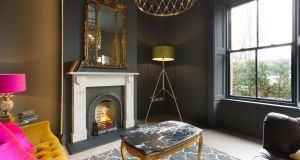 The livingroom of 23 Portobello Road, D8 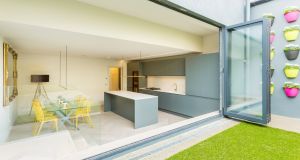 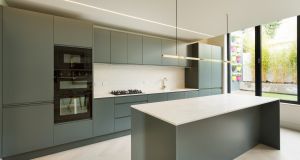 The kitchen of 23 Portobello Road 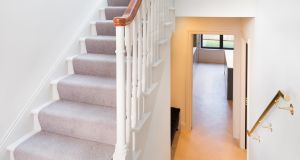 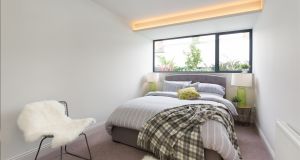 One of the bedroom at 23 Portobello Road, D8 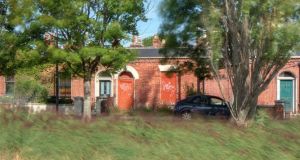 Previously boarded up, number 23 Portobello Road has been fully renovated 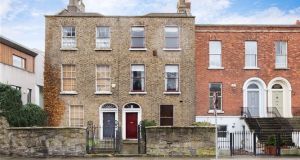 A canalside two-bedroom villa in Portobello that was sold last year for €260,000 has come back on the market fully restored and with a brand new price of €695,000.

Number 23 Portobello Road, Dublin 8 goes on open view on Saturday for the first time since builder and property developer Johnny O’Loughlin gave it a bells and whistles make over that includes a swish kitchen, a vast skylight that brightens up the multi-level interior, underfloor heating and ultra-fashionable astro-turf patio garden.

Selling agent Jane Young of Young’s Auctioneers is expecting a queue when the house is opened for viewing tomorrow at 12.30pm. “The minute it went up we were getting calls, and about 30 emails, ” she said.

It’s a far cry from when Young last sold number 23, in 2016, when the front window and door were blocked up and the interior was a building site. The previous owner had “downed tools” according to the sales brochure. Rooms had been taken back to their bare brick walls and partititions removed throughout.

O’Loughlin’s development company Mountpleasant Developments has beeen in business since 2014, but O’Louglin himself has more than 20 years experience in building and restoring period homes, mostly in the Dublin 6 area. Last year he sold his own home at 50 Mount Pleasant Avenue Lower for just over €1 million having carried out extensive work since buying it in 2010 for €400,000.

Number 23 has been sumptuously restored with the kind of features that will appeal to cash rich, time poor buyers. Pale washed oak parquet flooring in the hallway runs through to the sitting room to the right, a room that feels large thanks to its 12ft ceiling. There are two focus points here - an antique fireplace and, through the tall window, a view over the canal.

For househunters looking for a project to get stuck into,  the same agent has just launched 30 Ranelagh Road, in Ranelagh village, a three-storey terraced house needing complete refurbishment. It’s currently arranged as a four-bedroom house but it’s likely to be extended given that there is a back garden of around 80ft to play with. There is also rear access with parking which is a valuable plus in this neighbourhood. It goes on view tomorrow, noon to 12.30pm.