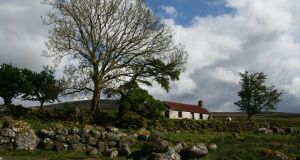 Christiaan Corlett will give a public lecture on traditional farmhouses in Wicklow. 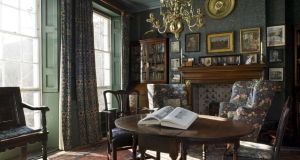 A perfect Arts & Crafts interior open to the public at 7 Hammersmith Terrace, London 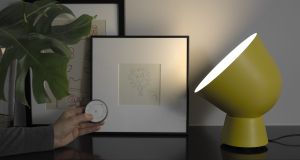 Tradfri kit, €29, is part of the new smart lighting range from Ikea.

Christiaan Corlett has a particular fascination for “above-ground” archaeology, and he has spent much of his spare time over the past 10 years going up old boreens in the Wicklow countryside, seeking out abandoned farm buildings.

“When I first started exploring old farmhouses, I couldn’t believe the amount of features still there – especially if the roof was intact,” says Corlett, an archaeologist with the National Monuments Service. He has discovered everything from old stone fireplaces to dressers, settle beds (benches that turn into beds) and falling tables (pinned up against a wall and pulled down when in use). Outside he has found lime kilns, corn stands (a traditional stone structure with a thatched roof in which corn is kept safe) and various outbuildings.

“In the west of Ireland, these houses would have been snapped up and renovated,” he says, “but I’ve found about 100 of them throughout Co Wicklow that people have left. Sometimes new houses are built nearby. But, sometimes, no one knows the owners, or there are multiple owners.”

In his book Wicklow’s Traditional Farmhouses: Rediscovering Some of Wicklow’s Hidden Treasures and a Way of Life That Went with Them (published by Wicklow County Council), Corlett includes photographs of these late 19th and early 20th-century vernacular buildings, their windows, roofs, furniture and wallpaper.

“People now have expectations of houses that are light-filled and energy-efficient. These houses don’t tick those boxes but they are environmentally friendly in that they were made from local materials. They are an integral part of the Irish landscape and it would be a shame to see them disappear.”

Corlett will give a public lecture on traditional farmhouses at 6.30pm on Tuesday in the Royal Society of Antiquities of Ireland, 63 Merrion Square, D2. The talk is organised by the Irish Georgian Society. Admission €10/€5.

Felt is one of the oldest materials known to the human race. In its original warm, fuzzy incarnation it has kept us warm since Sumerian times: more recently it has been reinvented as one of the most versatile, sustainable and delicate of textiles. Irish designers, in particular, have taken it to their hearts, weaving it into everything from brooches and scarves to iPad cases and wall hangings.

Now it has lightened up yet again. The Leo Scarff Design studio has produced a series of pendant lights using felt, fibreglass and wood veneer. The 100 per cent wool felt exterior provides a soft outer appearance and a high level of acoustic baffling: inside the shades, the wood veneer reflects the warm white LED light source, resulting in a subtle, downward-focused light.

The pendants will be available in a range of sizes and can be custom-made to order, with many colours of felt available alongside a selection of veneers including walnut, oak, ash and birch. The large Module 08 pendant costs €595 and the slimmer Module 04 is €295.

Lighting is one of the most effective ways to change the ambiance in your home. Ikea’s new smart lighting range is an affordable way to add wireless solutions at the flick of, well, a switch. Its Tradfri kit (€29) is an LED bulb that takes the place of the usual bulb, and is operated by a simple steering device you can set to three different levels of luminosity, from night-time low to morning bright.

A second option is Surte, a wireless LED lightbox-effect door panel that can also be controlled using the Tradfri wheel. The panels can be used in conjunction with Ikea’s Besta cabinets or mounted on the wall, as panels on an internal corridor and also on ceilings. Prices range from €70 to €130. The remote control costs €17.

The west London home of Emery Walker, a key member of the UK’s Arts & Crafts Movement, reopens to the public on April 10th after 18 months of restoration.

Situated at 7 Hammersmith Terrace, the waterside property is still very much the home it once was, and one of the few houses in the world to have original hand-blocked Morris & Co wallpaper in nearly every room.

Walker is known as the father of the Private Press movement and remains a “font” of wisdom to typographers everywhere, so the house is for those with an interest in graphic as well as interior design.

With furniture from Philip Webb and William de Morgan ceramics, it features all the leading lights in the movement from which the modern hipster can trace their roots.