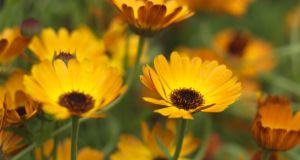 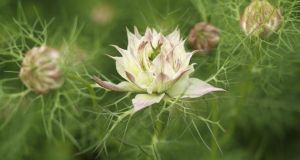 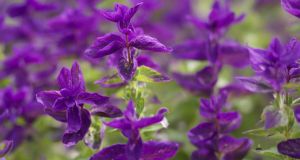 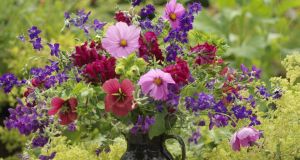 I’ve always thought that one of the most enduringly fascinating things about plants is their great variety of life-cycles. Take the titan arum (Amorphophallus titanum), a plant which flowers only a few times during its decades-long life with the result that when one of its giant, putrid-smelling blossoms appeared last month on a specimen growing in the glasshouses of the US Botanic Garden, it made world headlines.

What made the event all the more noteworthy is the fact that the flower of this native of the Sumatran rain forests is so short-lived. Within just a couple of days, that single, giant, metres-tall inflorescence (whose Latin name roughly translates as “giant shapeless penis” and gives a good clue as to its appearance) had unfurled and then . . . collapsed. Which makes the titan arum not only a botanical oddity but also lacking in those qualities – floriferousness, a reliably regular and long flowering period – that most gardeners value in a plant.

Annuals, by comparison, are stalwarts, providing months of colourful blooms of such generous abundance that most can be regularly picked as cut flowers without leaving unsightly gaps in the garden.

The reason for their floriferousness is their short-lives: true annuals are the ephemerals of the summer garden, completing their life cycle within a year. The multitude of blooms produced within that brief period of time is the plant’s way of compensating; more flowers equals more seeds, more seeds equals a far greater chance of successful reproduction.

This summer I’m growing a wide variety of these plants both outdoors and in the polytunnel, both as cut-flower crops as well as for the pleasure that it gives me to see their vivid blooms light up the garden.

Another great boon is the sight of the many insects and butterflies that flock to feed from their nectar-rich flowers.

Sown under cover in late March and transplanted out in early June into a sunny, fertile spot, the first blooms appeared in July and the plants have been flowering their hearts out ever since. Kept dead-headed and well-fed, they should continue to do so until the first frosts, giving me four months of non-stop blossoms.

A particular favourite is C ‘Tetra Versailles’ whose luminously beautiful rose-pink petals are flushed with carmine and arranged around a central golden ‘button’, but there are plenty of other lovely varieties worth growing including the white-flowering C ‘Purity’ and the bi-coloured C ‘Rose Picotee’.

Just next to the cosmos I’ve planted a block of Ammi visnaga, the lesser-known (and I think, prettier) cousin of the popular Ammi majus. Beloved of flower arrangers who prize this plant for its sculptural, umbelliferous white flowers, it resembles a very posh cow-parsley. Sown under cover back in March and transplanted out in early June, its large, domed pale flowers are only now just unfolding, making it a very useful addition to the August garden. Flowers aside, its finely-cut foliage and decorative seedheads are equally attractive.

Unlike half-hardy annuals, which can only be direct-sown in spring, Ammi visnaga is a hardy annual that can also be sown outdoors in-situ in August/September to give a more robust plant that will flower earlier the following summer; well-worth doing if you have the space.

Yet another annual that’s been flowering its heart out since early July is annual clary, or Salvia viridis ‘Blue Clary’. Easily cultivated and remarkably floriferous, its deep-purple flower bracts are as lovely in the flower-bed as they are in a vase where they act as a wonderful foil to more brightly-coloured cut blooms.

My plants come from a spring-sowing, each seedling grown on in modules under cover before being planted out in June, but this is another hardy annual that can also be sown in situ in late August/ early September to give an earlier-flowering plant the following summer.

The same goes for the sun-loving ‘love-in-a-mist’ or ‘devil-in-a-bush’ (Nigella damascena), a daintily pretty hardy annual with wispy foliage and star-shaped flowers that come in shades of forget-me-not blue, violet, rose and white.

Unlike annual clary, this plant hates being transplanted and must be direct-sown into a well-prepared seed-bed or a gravel path. Left un-deadheaded, it produces ornamental seed capsules (like horned balloons) that are very decorative in either fresh or dried flower arrangements.

Other hardy annuals that can be grown from an August/September sowing (outdoors, in situ) and that will be all the stronger and more floriferous for it include the blue-flowering cornflower (Centaurea cyanus), the English marigold (Calendula officinalis), larkspur (Consolida sp), the greater quaking grass (Briza maxima),and the Californian poppy (Eschscholzia californica) although in frost-prone gardens, it’s best to protect seedlings with fleece or cloches. In October, if you can offer winter protection in the form of a glasshouse/polytunnel, you can also sow seeds of the deliciously fragrant annual sweet pea (Lathyrus odoratus) into root-trainers for transplanting outdoors next spring. The reward will be a summer garden filled with colourful, fragrant flowers. And all for the modest price of a few packets of seeds and some compost.

10 things to do in the garden now, to give your a lovely spring
10