Green screens: how to create a sense of seclusion without growing resentment

There are lots of ways to plant for privacy without choosing something that will become invasive, shady or high-maintenance 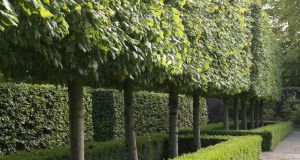 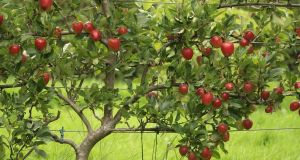 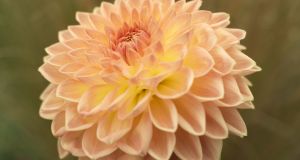 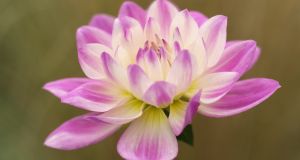 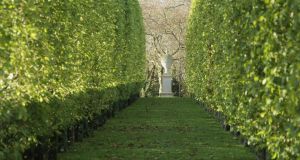 Ugly views, glaring street lights, nosy neighbours, goldfish bowl-style glass extensions added to next-door properties . . . or just a natural desire to create a sense of privacy and seclusion. There are, you’ll agree, many reasons we might want to create a leafy, living screen between our homes and the outside world.

That said, we’ve all read those nightmarish stories of next-door neighbours brought to blows as a result of gloom-inducing coniferous hedges grown to gargantuan proportions, or heard cautionary tales of bamboo screens so invasive that their underground rhizomes have spread stealthily into next door properties to slowly undermine paving, paths and pipework. As for certain rampant climbers, such as the ‘Mile-A-Minute’ vine that lives up to its name, or the “small urban trees” that turn out to be anything but . . . let’s just say the pitfalls are many.

So how do you create a “green” screen that’s not only effective and space-efficient but stylish and neighbourly?

Garden designers get around this perennial problem in a variety of clever ways. Where there’s sufficient space, I’ve found that a tightly-clipped evergreen hedge of Portuguese laurel or yew, or a sinuous line of the reliably non-invasive, hardy bamboo, Fargesia (F. robusta, F. murieliae and F. nitida) are all excellent. Alternatively, where there’s room to play with, I’ve planted a miniature “copse” of just one kind of tree; favourites include the snowy mespil (Amelanchier lamarckii), various species of Betula, and the evergreen lacebark (Hoheria sextylosa).

Depending on your budget, there are many other clever planting solutions, some of which can give an almost instant effect. For example, Bernard Hickie, the well-known Dublin-based designer, is in the process of completing work on a tiny city courtyard garden where the client’s brief was to screen off ugly views while creating a sense of privacy and enclosure. In this case, Hickie has plumped for a series of ready-pleached specimens of the handsome Persian ironwood, Parrotia persica, sourced from the wholesale Wicklow nursery Gardenworld.

While costly to buy and labour-intensive to plant (a mini-digger is often required), these kinds of hedges are a favourite device of seasoned garden designers where an immediate effect of height and semi-maturity is required. To the casual observer, the plants appear as if they are on stilts; each has been expertly trained and pruned so that a substantial section of its lower trunk remains bare of branches, giving a sharply sculptural effect.

Once difficult to obtain, ready- pleached, semi-mature plants are now widely available. Evergreen examples include the ubiquitous Photinia ‘Red Robin’, turkey oak (Quercus ilex) and the aforementioned Portuguese laurel (Prunus lusitanica), while popular deciduous choices include lime (Tilia), hornbeam (Carpinus) and field maple (Acer campestre). Persian ironwood being used in this way is new to me, but Hickie promises that this slow-growing deciduous tree, with its dense latticework of gleaming branches, discreet spring flowers and scalloped leaves famed for their autumn colour, makes an especially beautiful pleached hedge. The plants he is using are 3.8m tall by 1.5m wide, which includes a bare stem height of 2m. To underscore their quiet elegance, he is planting them along the base of a 2m high wooden fence stained soot-black; the effect will be that of a leafy screen floating high above the ground.

Another Irish designer experienced in dealing with such challenges is Dominick Murphy of Dublin-based landscape architecture firm Murphy & Sheanon. He points out that many plants are eminently suited to being grown as a screen if kept well pruned. “It’s all about practising good horticulture and using traditional, time- honoured methods of training and pruning.” Those methods can also save gardeners money. “A much more affordable alternative to buying ready-pleached hedges is to do it yourself, using young ‘feathered’ plants (where the branches are down to the ground) or ‘standards’ (a clear stem) that you gradually prune and train to the desired height and shape.”

Another of Murphy’s clever space-saving suggestions is to install a custom-made rigid metal frame onto which tensioned training wires are secured to act as a plant support system. “Use it to grow climbers, including roses, the evergreen Trachelospermum, the lovely Solanum laxum ‘Album’ (the last two only in sheltered gardens), or even ivies, all of which can be easily kept in shape with proper pruning.” The same frame could easily be used to train espalier, fan or cordon fruit trees.

Before planting any “green” screen, bear some things in mind. Proper site preparation aside, make sure your garden can offer the right conditions for the species you’ve chosen. There’s little point, for example, in planting bamboos as a screen if your plot is exposed and windy. The amount and quality of shade the screen will cast when mature is another consideration. So is the maintenance cost. An example is very tall, pleached hedges, which are notoriously labour-intensive, requiring regular, expert pruning, often with the use of costly equipment.

February is the month to finish pruning many kinds of fruit trees and bushes, including apple and pear trees grown as bush or standards as well as currants, gooseberries and autumn fruiting raspberries. For individual pruning requirements, see rhs.org.co.uk. Always use a sharp secateurs or loppers to prune as blunt tools can injure the plant, leading to disease.

Start ordering dahlia tubers. These need to be potted on and grown under cover for planting out later in the year after all risk of frost has passed. Now is also a great time to propagate fresh stock of dahlias from cuttings taken from large, plump tubers encouraged to “sprout” by placing them in a shallow tray in a bright and cool but frost-free space. Recommended stockists of dahlia tubers as well as other summer-flowering bulbs/tubers include the Tullamore-based firm Beechill Bulbs (bulbs.ie), which carries an excellent range. Outside Ireland, UK-based suppliers include Peter Nyssen (peternyssen.com), Halls of Heddon (hallsofheddon.co.uk) and Rose Cottage Plants (rosecottageplants.co.uk). For established Irish-raised dahlia plants including some Irish-bred varieties, contact Lawlor’s (lawlorsfloristdurrow.ie) and Christopher White (flowersbychristopherwhite.com).