From golden Cape gooseberries to sooty skinned figs, the garden keeps on giving during autumn and winter

It may be mid-November, but Dublin-based gardener Nicky Kyle’s produce-filled polytunnel is remarkable proof that with a bit of forward planning, it’s possible to continue to enjoy an impressive variety of freshly-harvested homegrown food throughout the autumn and winter months. Handfuls of marble-sized, golden Cape gooseberries, for example, their sharp, sweet flavour reminiscent of fizzy sherbet fountains. Or dark scarlet Albion strawberries, each fragrant fruit the size of a walnut, as well as succulent-fleshed, sooty skinned figs.

She’s also just finished harvesting bucket-loads of freshly dug sweet potatoes, a red-skinned variety known as Evangeline whose flame-coloured fleshy tubers are waiting to be sliced, diced and thrown into a hearty, nourishing soup, or tossed in olive oil and roasted in slices in the oven. Kyle even grows her very own saffron, carefully harvesting the ruby-coloured threadlike filaments from each of the lilac, cup-shaped flowers of the container-grown Crocus sativus as they open in October. Meanwhile, tucked away in one corner are a couple of large plastic pots planted up with potatoes ready to be harvested just in time for Christmas dinner.

Nor does this Dublin gardener ever have to go without a homegrown salad; she grows at least half-a dozen different varieties of lettuce throughout the winter months, including the beetroot-coloured, crunchy-leaved Red Batavian, crispy, frilly-leaved Jack Ice and the deep-red oak-leaved Navarra. These, along with many other leafy crops, are decoratively planted in contrasting bands of texture and colour that make them as much a feast for the eyes as the stomach. 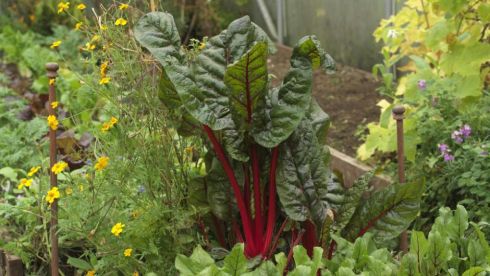 If she wants to add an extra layer of crunch or peppery colour to a winter salad, Kyle might throw in some violet-podded mangetout (variety called Beaujolais sown back in August) or grated radish, using a scarlet-skinned oriental variety known as Pink Dragon. Its long, cylindrical roots can also be steamed, boiled, stir-fried or made into a tasty dip.

Many of the autumn and winter crops cultivated in these polytunnels are grown from seed sown months earlier into modules, allowing the young plants to wait quietly in the wings until the last of the summer’s crops are cleared to make space for them. Kyle’s polytunnels (she has two) are large, but she’s at pains to point out that anyone with a glasshouse, sunny porch or cool conservatory could grow many of the same plants. A surprising quantity and variety of leafy salads and herbs, for example, can be grown on in tiered containers or a couple of grow-bags. Even a pot-grown fig tree takes up surprisingly little space, as do the container-grown Cape gooseberry plants (Physalis) that Kyle raises from seed each spring, before transplanting them into 10-litre buckets.

The trick to keeping all of these food crops happy during the cool, dark autumn and winter months is a combination of generous spacing between plants, ample ventilation and careful watering (only in the morning, never directly onto the plant, and never so much that the soil becomes sodden). Maintaining soil health and fertility is crucial also. Kyle regularly uses easily-dug green manures such as phacelia, caliente mustard and red clover, as well as a dusting of calcified seaweed dust (applied before planting) but only occasional mulches of homemade compost and manure. “I try to do what Nature does, so lots of plant waste and only occasional animal waste.”

Weeds are suppressed using a mulch of grass clippings; these come only from tightly-mown lawns, avoiding the possible introduction of weed seeds. To encourage biodiversity within the tunnels, reduce the risk of pests and diseases and provide food for pollinating insects, she interplants crops with a variety of flowering plants. So even in November, there are sparkles of colour from the perennial evergreen wallflower, Erysimum ‘Bowles Mauve’, lemon pot marigolds and sturdy winter pansies.

Kyle’s polytunnels are also proof that it’s fun to experiment by gently pushing the boundaries with regards to plant hardiness and growing requirements. An example is the handful of container-grown plants that I spot next to the neat lines of Cape gooseberries. Covered in large, felty, purple- veined leaves and festooned with tight clusters of plump, furry fruits, they look bizarrely tropical. Kyle tells me these are specimens of Solanum quitoense, a tender plant commonly known as the Lost Fruit of the Incas. Even in a warm polytunnel, its fruit generally struggles to ripen in this country. But when it does, it tastes sublime. 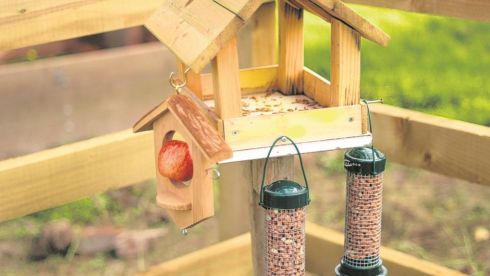 November-flowering plants are always in short supply, which is why the fragrant rose-coloured flowers of Viburnum x bodnantense, are such a treat. In a mild winter, this hardy, deciduous shrub will keep blooming on and off until March, earning its keep in a mixed border or shrubbery. Of the two varieties commonly available, Charles Lamont (3m x 2m) is taller, less spreading and slightly more free-flowering than Dawn. You can plant this shrub now, giving it a moist, fertile but well-drained soil in full sun or light shade, in a position close to a path/entrance where the scent of its flowers can be appreciated on even the drabbest of winter days. 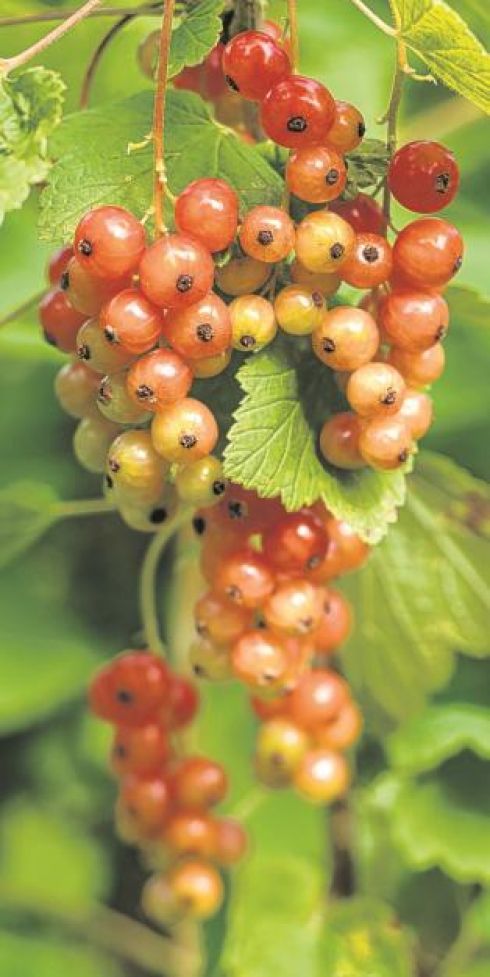 As sources of wild food dwindle during the winter months, make sure to replenish supplies in bird feeders and bird tables. Start off by giving these a good scrub down with hot water (don’t forget to wear gloves) before putting out a mixture of food- this could be peanuts, seeds, sliced apples and pears, raisins or hardened vegetable fat/suet, but avoid giving modern processed bread/cakes. Fat balls are another useful source of energy. See birdwatchireland.ie for more information

This is a good month to plant fruit bushes and trees, allowing their young root systems plenty of time to settle in before the plants burst into new growth next spring. It’s also a good time to take hardwood cuttings of established gooseberry, blackcurrant, redcurrant and white currant bushes as well as of fig and mulberry trees. See rhs.org.uk for details.

Amber alert: Here's how to introduce up-to-the-minute brown glass in your home

Sean Moncrieff: Am I middle-aged? What is ‘middle-aged’ anyway?

India’s Covid Crisis: ‘This is not just human beings dying... Humanity is dying’

Could we care less about people who care?