Why clinical trials should not be random acts of research

‘Bad’ findings can be buried, while successful ones are promoted – why not make all planned trials transparent? 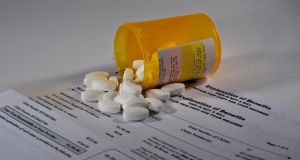 The need for transparency goes beyond the final results and, equally, applies to disclosing that a trial is being carried out. Photograph: Thinkstock

It was open to patients, clinicians, researchers, academics and people working in industry with the aim of conveying to a general audience the importance and value of conducting clinical trial research. The winning entry was written by Frank Moriarty, a pharmacist and PhD scholar, and is published below; second prize went to Kate Burns whose husband, Paul, took part in a clinical trial; and third prize went to Dr Carol Sinnott, a GP. Dr Teresa Maguire, head of the population health and health services research unit of the HRB and one of the five judges, commended the variation and combination of insight that resonated from the three prizewinning entries, which are available to read at www.hrb-tmrn.ie/news/competition-winners/

Tomorrow is International Clinical Trials Day, which celebrates the research studies that test whether medical treatments are safe and effective. Although they’re not the type of trials most frequently mentioned in the media, we often hear news about clinical trials, particularly when they have promising results. Although it may seem trivial, open and transparent availability of information about clinical trials and their findings is probably the aspect of these studies that matters most.

Currently there is no obligation on researchers and drug companies to disclose openly the results of a clinical trial, or even that they are carrying one out. Why does this matter? The ultimate aim of such studies is to provide evidence that healthcare providers and patients can use to decide on the best treatment options.

Generally, treatment guidelines that compile and review all available trials are produced to give an overall assessment of the benefits and risks of medicines. Assuming all trials that have been conducted are included, this provides a good evidence base to inform healthcare decisions.

However, we know that in many cases, results are not disclosed by the researchers or drug company involved.

This means the overall assessment of the evidence may be biased and might not reflect the true effectiveness and safety of a treatment, particularly as non-published trials are more likely to have negative results. A paper published in 2008 in the New England Journal of Medicine illustrates this well(ow.ly/MwX6s).

The authors found that 94 per cent of published trials were positive but when all the trials carried out were included, only 51 per cent had positive results.

Concealing a trial can alter the balance of evidence for a drug and make it appear more beneficial or less risky than it actually is. As a result of this publication bias, a doctor may then prescribe a medicine to a patient, believing that it is the most effective treatment when this may not be the case.

Lack of open and transparent trial reporting can also lead to wasted resources. Following the outbreak of pandemic influenza (swine flu) in 2009, many governments stockpiled the anti-viral medicines oseltamivir (Tamiflu) and zanamivir (Relenza).

A review of the incomplete evidence available at the time from published clinical trials of these drugs suggested they reduced hospitalisations and serious complications resulting from influenza.

However, after repeated requests for the results of unpublished trials, the drug companies made these available in 2014 and an updated review (iti.ms/1H2T7Ag) that included these findings found that the evidence did not support the claimed benefits, and that the harmful effects of these treatments may have been underestimated. Had this been known at the initial outbreak, it is likely that less money would have been spent stockpiling these medicines and that fewer patients would have been prescribed them.

The need for transparency goes beyond the final results and, equally, applies to disclosing that a trial is being carried out.

Compulsory registration of trials before they begin would mean researchers and drug companies putting it on record that they are carrying out a study, before they know whether the results will be good or bad.

This means that if the findings never become available, healthcare decision-makers would at least be aware that something is being hidden, whereas with unregistered trials the concealment of these results would remain an unknown unknown.

A further benefit of compulsory registration is reducing the chance of “fishing” for positive results in clinical trials. It’s like baking a cake without a recipe; with infinite attempts, eventually the perfect cake would be produced by chance.

Similarly, without setting out a plan of analysis for a trial, repeatedly splitting up patients in different ways will eventually yield a significant benefit from the treatment in one patient group by chance.

By registering a trial, researchers have to specify how they plan to analyse the study beforehand, thus limiting the number of attempts to get the “right” result.

In March 2015, there was a significant step towards achieving openness and transparency in clinical trials research. The World Health Organisation issued a statement in which it stated that results from all clinical trials should be publicly reported, and it called on governments and other organisations to put measures in place to achieve this.

This follows a major campaign by the AllTrials project lobbying for mandated registration and reporting of clinical trials to ensure all evidence, good and bad, is available. Many organisations and individuals worldwide have already signed the petition on the AllTrials website (alltrials.net) to support this cause and help ensure that patients benefit from this vital research.

Frank Moriarty is a pharmacist undertaking a PhD through the HRB PhD Scholars Programme in Health Services Research (now the SPHeRE programme). He is based at the HRB Centre for Primary Care Research at the Royal College of Surgeons in Ireland and is researching potentially inappropriate prescribing and its clinical and economic impact.

Railway cottage with amphitheatre garden in Ballsbridge for €745k
3

Support bubbles: Everything you need to know
10