Why are so many women choosing to reject pubic forestation? 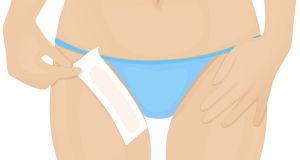 In The Female Eunuch, Germaine Greer disapproves of how women are encouraged to dislike body hair, observing: “In extreme cases women shave or pluck their pubic area, so as to seem even more sexless and infantile.”

From the “extreme cases” of the late 1960s, female pubic grooming in the 2000s is almost de rigueur. For example, in June this year researchers from the University of California reported in the Journal of the American Medical Association: Dermatology that of 3,316 women aged 18-65 years living in the US, 83.8 per cent reported pubic hair grooming.

The groomers in this study tended to be younger, white, have a high level of education and have partners who preferred them to groom “without being based on actual sexual practices”.

There’s no denying the popularity of pubic grooming, and what with the full panoply of grooming techniques and aids – including scissors, tweezers, depilatory creams, waxes, sugaring, electrolysis and laser treatments – the notion of navel gazing has been supplanted with earnest contemplation of an area that’s a bit farther down.

Fear of the follicle

But such comparisons are based on images with little grounding in the real world. For example, the authors of a 2011 study published in the Journal of Sex Research analysed 647 Playboy magazine centrefolds published between 1953 and 2007 and considered “the genital appearance ideals” displayed by models in 185 Playboy photographs published between 2007 and 2008.

Its results suggested “the perpetuation of a ‘Barbie Doll’ ideal characterised by a low body mass index, narrow hips, a prominent bust, and hairless, undefined genitalia resembling those of a prepubescent female”.

The researchers warned that the promotion of such “Barbie Doll” ideals encouraged the “childification” of Playboy models, which “may lead readers to not only regard children and adolescents as sexual objects, but to justify treating them as such . . .”

So what do males make of female partner’s depilatory devotions? Last year the American Journal of Obstetrics and Gynecology (AJOG) published the results of a study which asked 1,847 males about female pubic hair pattern.

Although a groomed appearance was judged attractive most often, the authors state: “It is important to note that these preferences were not an overwhelming majority and that men who reported more lifetime sexual partners were less likely to find the natural hair pattern unattractive.” A further significant finding was that most males do not recommend cosmetic genital surgery to their female partners.

“Complications related to pubic hair removal” is the title of a 2014 study also published in the AJOG, describing a survey of 333 adult women attending a clinic in the US, 60 per cent of whom had experienced at least one health complication as a result of pubic hair removal, the most common of which were skin abrasions and ingrowing hairs. Overweight or obese women were almost twice as likely to report a complication.

Although the authors highlight a British report noting a reduction in pubic lice as one advantage of pubic hair removal, they warn that “herpes simplex [virus infection] following Brazilian waxing is an important concern in immunocompromised patients”.

A recent Irish Times article on the subject – Pubic hair: is it hygienic or harmful to remove it?, July 11th, 2016 – pointed out the possibility of skin infections post hair removal. Writing in the Journal of Pediatric and Adolescent Gynecology, Dr Jonathan Trager explains that shaving, waxing, sugaring and epilation may enhance the local spread of infection in two ways: first, by causing microscopic traumas in the skin, allowing pathogens to enter; second, shaving may allow the mechanical spread of microbes throughout the pubic area.

Are males any more assiduous in their approach to pubic deforestation than many females appear to be? Last year, researchers from the University of California reported in the Journal of Sexual Medicine on “The influence of sexual orientation and sexual role on male grooming-related injuries and infections”. Just over 4,000 men completed the survey, and men who reported having sex with men (MSM) were more likely to groom than men who have sex with women(MSW) – 42.5 per cent versus 29 per cent. In addition, MSM reported more grooming-related infections and abscesses compared with MSW, and the authors state: “Anogenital grooming may put one at risk for a sexually transmitted infection.”

The beauty, fashion, health and fitness and pornography industries, endorsed by their glossy magazine acolytes, promote a distorted image of the human body. Their message – it’s good to be glabrous – is one that we do not have to accept, and its avid pursuit may not be without adverse health consequences.