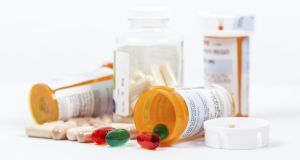 Joan Jordan is studying at the European Patients’ Academy: ‘I think people need to know that they can report their side effects directly to the Health Products Regulatory Authority [formerly the Irish Medicines Board].’ Photograph: Thinkstock

Giving people the opportunity to fully understand their illness, its symptoms and treatment is now widely believed to help people cope better, both physically and psychologically, with their condition.

This form of patient empowerment is now encouraged by medical researchers across Europe as they strive to encourage patients to take part in clinical trials for new and existing medicines.

The European Patients Academy is one initiative funded by the European Union and pharmaceutical industry. It offers patients and patient advocates opportunities to learn more about clinical trials and drug development while seeking to understand their own illness better.

Louth mother of two, Joan Jordan (43), is one of about 100 people across Europe studying at the European Patients’ Academy. “I’m learning about drug research and design from bench to bedside and how long it takes. It’s also very interesting to hear about patients’ experiences of different healthcare systems across Europe from the other people on the course,” says Jordan.

Having returned to Ireland with her husband after working in the Netherlands, France and the United States, Jordan was diagnosed with multiple sclerosis in 2010. “When I was diagnosed, it was a relief really as I had been feeling so awful and had stopped working in 2009. My symptoms were quite severe as I had the relapsing and remitting form of MS,” she explains.

After her diagnosis, Jordan was immediately approached to go on a clinical trial which she accepted. This involved attending Beaumont Hospital once a month for an injection of medicine and a battery of tests. She injected herself with the prescribed medication the other weeks of the month.

Jordan suffered very severe side effects the day after each weekly dose of medicine. “It really affected my quality of life and the fact that my son, Aidan, then three, was also diagnosed with a rare form of epilepsy around the same time made it more difficult,” she says.

After being on the clinical trial for 2½ years, Jordan decided to withdraw from the study. “Because of my side effects, I realised that I was on the standard medicine and not the newly tested drug, so I left the trial. I am now on a daily oral medicine and I’ve gotten a day back every week. There are still serious side effects like most MS drugs but it’s much less intrusive than injections.”

Jordan’s personal experience of MS is what prompted her to follow the e-learning (and twice-yearly workshops in Barcelona) course with the European Patients’ Academy. “I was already very involved with the Louth branch of the Multiple Sclerosis Society and am part of the blogging team on MS & Me,” she says.

“Personally, I think people need to know that they can report their side effects directly to the Health Products Regulatory Authority [formerly the Irish Medicines Board].

“It’s in our own interests that side effects are reported once a drug is on the market as it continues to be monitored. If the side effects aren’t recorded, the research won’t be as valuable,” she says.

A qualified software engineer, Jordan is also keen to point to the value of electronic patient records. “Electronic health records are already well developed in countries like the Netherlands and Germany. I couldn’t believe it when I came back to Ireland to see cardboard files still being used.

“It also wastes precious time and is upsetting being asked the same questions again and again,” she says. She looks forward to the advancement of so-called “individual health identifiers” in the Irish healthcare system.

In the future, Jordan would like to use her newly acquired knowledge for the benefit of other patients. “I’d like to become a patient advocate, review patient information leaflets and be on a hospital ethics committee.”