New research suggests being married could help stave off dementia

Analysis of 15 studies involved 800,000 people from around the world 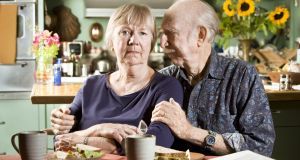 Being married could help stave off dementia, according to a new study.

Levels of social interaction could explain the finding, experts have said, after the research showed that people who are single or widowed are more likely to develop the disease.

Experts conducted an analysis of 15 studies which held data on dementia and marital status involving more than 800,000 people from Europe, North and South America, and Asia.

Their study, published in the Journal of Neurology, Neurosurgery, and Psychiatry, concluded that lifelong singletons have a 42 per cent elevated risk of dementia compared with married couples.

Those who have been widowed had a 20 per cent increased risk compared with married people, they found. But no elevated risk was found among divorcees compared with those who were still married.

The researchers, led by experts from University College London, said that previous research has shown that married people may adopt healthier lifestyles. They may also be more likely to be socially engaged than singletons.

Meanwhile, the effect observed in people who have been widowed could be due to stress that comes with bereavement, they added.

Another explanation could be that developing dementia could be related to other underlying cognitive or personality traits.

Last week a study on dementia – carried out by the University of Edinburgh, Hospital de Sant Pau and Universitat Autonoma de Barcelona – found how damage spreads through the brain by “jumping” between cells.

Scientists used new technology to discover key chemicals disrupting brain cells in a common type of the condition. Tissue from people with Dementia with Lewy Bodies (DLB) showed protein builds up in vital parts of neurons that link cells. Researchers believe these may jump from one cell to another through these connections.