With only one monitoring unit in the country, doctors are calling for a complex dedicated epilepsy centre 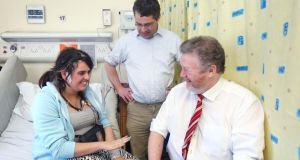 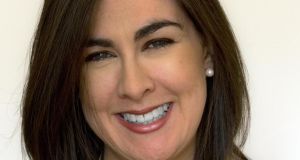 Epileptic seizures can be a frightening experience both for the person affected and also for witnesses. As the patient momentarily loses control, it can be difficult to decipher what exactly is happening and how long the seizure will last.

This is why it is important for experts to be able to monitor seizures as and when they happen and record exactly how the brain is affected and reacting to the event.

There are 37,000 people in Ireland with epilepsy and about one-third of those will have difficulty controlling seizures. But up to 30 per cent will be liable for surgery which would ease or even cure their condition.

Currently there is only one monitoring unit in the country – located at Beaumont Hospital in Dublin – and doctors would like to see the almost completed second unit at Cork University Hospital open to the public this year.

Prof Norman Delanty, consultant neurologist and director of the epilepsy programme at Beaumont Hospital, says monitoring units are vital for experts such as himself to diagnose and treat this complex condition.

“Epilepsy monitoring is required for patients with highly complex and often treatment-resistant epilepsy who experience frequent, debilitating seizures,” he says.

“A monitoring unit offers a safe environment to record and study the seizures to aid in diagnosis and provide a definitive diagnosis in cases where there might otherwise be some uncertainty.

“By enabling multi-disciplinary input for individuals with treatment-resistant epilepsy, the monitoring unit allows us to deliver optimal care for the individual.

“It is particularly crucial in identifying patients suitable for surgery. Up to 30 per cent of the 37,000 people with epilepsy in Ireland fall into this category.”

Staffing issues
The Beaumont unit was reopened in June 2013 after being closed due to staffing issues for several months.

Despite being fitted with a state-of-the- art Epilepsy Monitoring Unit (EMU) at a cost of €500,000 under the HSE’s National Epilepsy Clinical Care programme, a
second centre at Cork University Hospital remains unopened.

It was intended the unit would be up and running by the end of March this year and Prof Delanty says if this doesn’t happen, the consequences could be serious.

There are as many as 130 epilepsy-related deaths in Ireland each year and about 50 per cent of these are attributed to SUDEP (Sudden Unexpected Death in Epilepsy).

“One of the greatest risk factors for SUDEP is having uncontrolled epilepsy, the exact category of people who the monitoring unit is intended to care for. In the absence of the unit, people with epilepsy continue to experience potentially life-threatening seizures which could otherwise be manageable,” he says.

“At the moment people with epilepsy are very under-served in Ireland and we really need a complex dedicated epilepsy centre in this country similar to what is available in the UK and Europe.

“The facility in Beaumont is a fantastic resource and when the unit in Cork opens, it will also make a significant difference to patients, but it is just the tip of the iceberg when it comes to the care and treatment of people with epilepsy in Ireland.”

Tough programme
Twenty-six-year-old Claire Nolan from Dublin spent a week in the EMU at Beaumont and says while it was a tough programme, it has enabled doctors to get a handle on her condition and prescribe treatment accordingly.

“When I went into the monitoring centre last October, I wanted to find answers,” says the architect. “I had gotten to the stage where I had a list of questions every time I visited the neurologist and the answer I always got was ‘We don’t know.’ So I wanted to find out more.”

Nolan, who has two siblings, was hooked up to an EEG monitor 24 hours a day for the duration of her stay and was instructed to try to bring on a seizure so medics could then study what was happening in her brain.

“While I was at the EMU I had to do everything possible to force myself into a seizure,” she says. “This involved being taken off the majority of my medication, enduring sleep deprivation most nights, and going on an exercise machine to tire myself out. Once I felt a seizure threatening to come on, I would hit an emergency button to alert the technicians so they knew the exact point on the EEG to read seizure activity off and to alert the nurses that I was going into a seizure.

“As I have complex partial seizures, I remain conscious so they could ask me questions to see how best I could respond during the worst part of the seizure and as it was wearing off.”

The seizures are never a pleasant experience but Nolan felt safe having them in the unit and feels that she benefited from the monitoring programme.

“Epilepsy is such a complex condition so to have a bit of a better grasp on it is a bonus,” she says. “After my seizures the doctors were able to go through my MRI scans and show me exactly what part of the brain the seizures originate from. We also know I am a candidate for brain surgery should I ever wish to have it.

“So I’m definitely glad I did it. My medication was tweaked and I have been put on a new tablet which allowed me to reach seven weeks without a seizure. So for people with very severe epilepsy, a stay in the monitoring unit can definitely prove to be life-changing.”