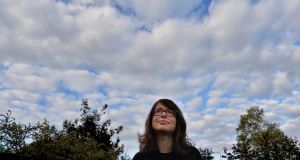 Denise Ryan: ‘I felt really rundown and I couldn’t get out of bed until halfway through the day.’ Photograph: Alan Betson 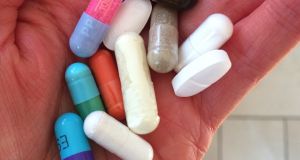 Medications for Denise Ryan’s infections are not available in Ireland. Photograph: iStockphoto

Whether you’re travelling abroad or around Ireland, the summer months and bug bites go almost hand in hand. However, not all bites are mere annoyances. The Health Protection Surveillance Centre (HPSC) recently issued a warning to people about protecting themselves against Lyme disease, a disease contracted from tick bites that can be severely debilitating if not caught early.

“Ticks are tiny spider-like creatures that feed on the blood of mammals and birds and will also feed on the blood of humans and occasionally dogs. Ticks are more numerous and more active in the summer months and protecting against tick bites protects against Lyme disease,” says Dr Paul McKeown, HPSC specialist in public health medicine.

“Ramblers, campers, mountain bikers, and others who work and walk in forested or grassy areas must be vigilant against tick bites,” he says.

According to seroprevalence studies carried out by the department of neurology at University Hospital Galway, Ireland has one of the highest rates of Lyme disease in Europe, but there isn’t much awareness of the condition around the country.

Denise Ryan contracted Lyme disease about 2011 while living in Canada. Despite visiting endless doctors and specialists in Canada, the 32-year-old from Rathfarnham in Dublin was gradually getting more unwell, and eventually ended up returning to Ireland as she was no longer able to work.

“I started having really bad night sweats and heart palpitations and I thought I was going to have a heart attack. My roommates were so worried about me. I thought, this is getting insane I have to go home. Then it was worse here, because even though you can get Lyme here and a lot of people do, doctors don’t know about it; it’s just not on their radar.

“I’ve been through the ringer so much with doctors; it’s not even so much that they don’t know much about it...even though you can get Lyme here and a lot of people do, it’s not the first thing on the doctor's radar,” she says.

Her initial symptoms included “brain fog” and “air hunger” – her brain felt fuzzy and it constantly felt like she had just been punched in the chest. She was throwing up every day and felt very disorientated and “out of it” all the time. Tonsil and sinus infections plagued her. A rash in the area, and flu-like symptoms are the most common symptoms of Lyme.

“I felt really rundown and I couldn’t get out of bed until halfway through the day,” she says.

Despite visiting doctors about these symptoms, she never connected any of them to insect bites. Her mother has an autoimmune disease and Ryan had always suffered with low immunity and gut issues, so she put her illness down to these problems worsening.

“I went camping a few times in Ontario and there would have been insects on my legs or whatever, but you just flick them away. I hadn’t even heard of Lyme then. I was covered in welts and mosquito bites over there, all over my legs, like I had the chicken pox. I wouldn’t have known the difference between the bites.

“When I came back, someone asked in passing if I had been checked for Lyme disease because I’d been away. I started researching it and haven’t stopped researching it since, basically,” she says.

While a mosquito will typically bite you and fly off, ticks are slightly harder to identify. They are typically very small blood-sucking bugs with eight legs, similar to a spider. They usually appear flat when they first bite and as they feed on you, they will get larger, up to the size of a marble.

However, you often won’t feel a tick bite you as they secrete an anaesthetic that numbs the area.

Usually, if you’re in grassy or woodland areas, you will have to check regularly for ticks. While you probably won’t feel their bite, unlike most bugs that bite, they remain attached to you after they bite so they can feed off you until they are engorged and can detach themselves. This can take from several days to several weeks.

Although ticks predominantly spread Lyme, not all ticks are infected with Borrelia, the Lyme bacteria. However, the ticks that do transmit the bacteria are often carrying more than just Lyme.

“I never thought about the amount of diseases that insects carry, or even the fact that ticks don’t just have Lyme disease; it’s all these other infections,” she says.

“You always think that when something bites you, it’s taking your blood, but you don’t think about the fact it’s also puking all its infections into you. It’s a zoo of infections.”

Doctors in Ireland couldn’t diagnose Ryan’s Lyme disease, she says, and she continued to get referrals to different types of consultants to figure out what was wrong with her. Eventually she saved up money to do a test through a lab in Germany.

When the results came back, she had her diagnosis of Lyme disease, but it also showed up Epstein Barr virus, Ehrlichia, Anaplasma Phagocytophilum and the Coxsackie virus.

It took Ryan almost four years to get this diagnosis, by which point she was already very ill. She wakes up everyday struggling because she can’t breathe through her nose and has trouble swallowing, so her saliva gathers in her mouth overnight.

She says she has thrown up everyday for the past three years, and her body is severely malnourished because she can no longer properly absorb nutrients from food.

Doctors have said her bone density is similar to that of a 90-year-old, as the Lyme has caused her to suffer from osteoporosis and Lyme arthritis. She’s infertile and no longer has periods because of the damage the infections have done.

The Lyme bacteria is in her brain and central nervous system, and it means she can suffer seizures. Day to day, she finds it very difficult to concentrate on anything and is very sensitive to light and sound.

“Lyme makes everything kind of surreal. I know you’re sitting there but it kind of feels like I’m watching TV; I feel really detached,” she says.

Because she was bitten in North America where the strains of Lyme are stronger, she says no European hospital was able to treat her; she also has a variety of other infections.

She found a treatment centre in Seattle that specialises in her particular infections and visited for three months, where she was treated with IV antibiotics and started to feel an improvement.

“It was the first time I’d sat with a doctor and felt they knew more than me about Lyme. I was so relieved. Because of all the stuff the medication is doing to your bloods and your hormones, you kind of feel jittery all the time. Over there I felt much calmer with that stuff, and I could even see a bit clearer,” she says.

She consults with her doctors in Seattle on the phone and they issue her prescriptions for oral antibiotics.

However, as her body’s ability to absorb anything worsens, she is no longer seeing improvements in Ireland.

She is in the final weeks of fundraising €100,000 to return to Seattle for a year to receive treatment via IV and to identify other infections which she couldn’t afford to test for before.

If she doesn’t return to the US in the next month, she will no longer be able to receive prescriptions via post, she says. Ryan says she hopes treatment would send her into remission.

While now she has to be extremely careful around bug bites, she says the most important thing if you find a tick on you, is to remove it and send it away to be tested.

“It’s easier than trying to find everything in you, because it just has whatever it has, but your immune system might not make the antibodies to all the infections.

“That’s the problem with the test here, it doesn’t test for the disease, it tests for antibodies.

“If you’ve been sick for a long time, your body won’t make them necessarily. Also, spend a tenner on bug spray,” she says.