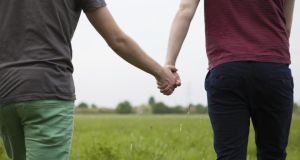 If PrEP is introduced here, is there a risk that it could actually increase sexually risky behaviour? Photograph: Thinkstock

The evidence is in, and it’s conclusive. Trials from the UK, US, France and Thailand show that PrEP (pre-exposure prophylaxis) dramatically reduces HIV infection in high-risk categories, including men who have sex with men, sex workers and intravenous drug users.

The drug, Truvada – the same medicine that is used to treat HIV-infected patients – also prevents infection in healthy people if taken daily before and after exposure to HIV. Although widely available as a preventative measure in the US, it is not licensed for the prevention of HIV transmission in Europe.

But if it is introduced here, it won’t be without controversy.

Who should have it? Who will pay for it? And is there a risk that it could actually increase sexually risky behaviour?

In 2014, the rate of HIV infection in Ireland rose by 10 per cent. “About two in every 1,000 emergency-department admissions are turning up HIV positive, and the majority of these didn’t know,” says Dr Paddy Mallon, head of the HIV molecular research group at University College Dublin.

“The majority of transmission is through sex; there’s very little through drug use. Introducing PrEP into Ireland looks like a clear and implementable approach. Every prevention strategy to date is focused on the person with the virus, whereas this is the first strategy to empower people to remain HIV negative.

“Most transmission happens in the first few months after someone contracts HIV but doesn’t know they have it; with sufficient numbers on PrEP, if you stop these initial transmissions, there is the potential to stop the epidemic in its tracks.”

The emergence of evidence to support the use of PrEP comes as the HSE is putting together a formal strategy for sexual health and wellbeing: as it stands, however, health authorities in Ireland, including the HSE, the Department of Health and the Health Products Regulatory Authority, which licenses medicines in Ireland, do not hold any position on PrEP.

Nor has the drug’s maker, Gilead, filed to have the medicine used as a HIV-preventative measure in Ireland.

In the UK, PrEP may cost more than £5,000 (€6,994) per patient per year; health authorities are currently balancing that against the lifetime cost of treating HIV-infected patients.

One UK study, Proud, showed that it cut the risk of infection among gay men by 86 per cent. The same study also showed the concerns that those on PrEP would engage in riskier sex were unfounded: men reported that they did not change their condom use. Advocates here argue that Ireland’s health authorities should bear the same considerations in mind.

Mallon says that there is a need for PrEP to be considered as part of the HSE’s strategy. He is currently working with international research groups to implement research on HIV into clinical practice, and he believes that Dublin, as a small city, may be an ideal place to conduct research that could have global implications.

“Increasing testing, education and PrEP are all part of strategies to address HIV infection. We want to do a large, complex intervention study to see if we can put downward pressure on HIV rates.”

Not a mainstream topic

Adam Shanley is the incoming director of Gay Switchboard Ireland. He says that, among young gay men here, PrEP is not a major topic of conversation.

“In Ireland, if it became a more mainstream topic I would be concerned for users if they come to the table thinking it was a way to avoid condoms. But it is not up to us to make morality judgments about people’s lives; it’s up to us to keep people healthy and safe.”

A certain complacency around HIV may be responsible for increasing infection rates. Shanley regularly fields calls from young gay men.

“It’s clear that they don’t realise the pandemic that was rife in the 1980s. I know people who are HIV-positive, but I’ve never known anyone who died of Aids.”

Niall Mulligan, executive director of HIV Ireland, says that from what we know about PrEP and its use in the US to date, it has the potential to play an important role in the prevention of the spread of HIV among people most at risk in Ireland.

“At a time when we know that new HIV diagnoses are on the increase in this country, we cannot afford simply to ignore the potential benefits of PrEP in preventing HIV infections.”

Sophie Aujean, senior policy and programmes officer with the International Gay and Lesbian Association, warns that it is not a miracle cure. The success of the treatment is dependent on strict medical observation and follow-up.

“This requires nondiscriminating and patient-centred healthcare, the very relationships that many LGBTI people lack when it comes to medical care.”

An Irishwoman in Milan: ‘Everything that usually seems important suddenly isn’t’
4

What sold for €320k in Inchicore, Crumlin, Phibsborough and Terenure
7

What’s the point of moving home if our kids will have to emigrate?
9