Going the distance: the ironman who just keeps moving

Maurice Mullins has run 130 marathons, 20 100km races and some 24-hour races, but is facing his biggest battle yet 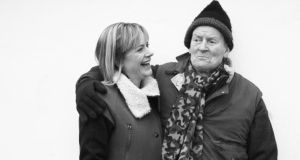 This might sound like the ambitions of your average runner but they were spoken by a far from average man. Maurice Mullins has run close to 130 marathons, about 20 100km races and thinks he may have done “six or seven” 24-hour races. He’s not exactly sure of the figure, because after five rounds of cancer treatment, including a particularly rough course of chemotherapy, the 72-year-old’s memory can be a little sketchy.

Maurice’s lust for life and love of running hasn’t diminished and is beautifully captured in Going the Distance , a short documentary made by his daughter Deirdre Mullins.

Maurice was a relatively late convert to running – he was 38 when he completed his first marathon – having played hurling and then rugby for many years. But a couple of tackles in a match, “which sent me reeling”, convinced the then schoolteacher to hang up his boots in his mid 30s. 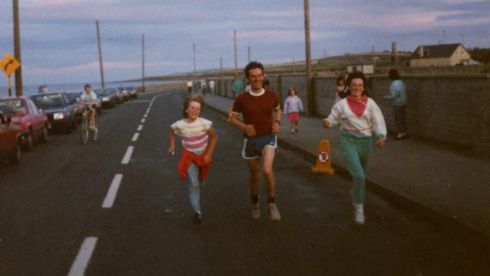 Running addiction
Attracted by the idea of being able to “do a few miles every day, either on your own or with some mates”, Maurice’s running addiction got better, or worse depending on your viewpoint, when he took to the mountains and became a confirmed “ultra” runner, ie regularly clocking distances in excess of a marathon’s 26 miles.

This love of longer distances led him to tackle the Western States 100, one of ultra runnings four grand slam events, which takes place in northern California every June and involves a 100-mile run over the Sierra Nevada mountains with a cumulative climb of 5,500 metres.

“I ran it but can’t say I finished it,” laughs Maurice. “I ended up 9 feet down in a hole in the snow and I’m not quite sure how I got out.”

Despite having represented Ireland at 100km Maurice concedes that ultra running is a “form of lunacy”.

“Every runner should do one marathon and then go back to doing 10ks or 5 mile races,” says Maurice. He had a regular 36-mile training run that he used to complete every Sunday morning in his heyday.

“I’d be passing the farm houses in the morning and I’d be getting the smell of bacon and eggs. Then at lunchtime I’d be smelling people’s Sunday dinner and I’d be going bloody mad because I hadn’t even had my breakfast yet, but was still out.”

Not content to participate, Maurice was also an organiser. He was involved in organising the first triathlon in Ireland, which was held in Skerries in 1983 and four years later put on an Iron Man event in the north Dublin seaside village.

As daughter Deirdre recalls, both events “were grassroots – organised out of our four-bedroom house in Skerries with lots of community involvement” in contrast with the much more corporate triathlon scene of today.

Maurice was diagnosed with prostrate cancer at the age of 64. In Going the Distance , he describes leaving Beaumont Hospital afterwards and seeing a blind kid outside with a cane. “I said, ‘Jesus I’m 64 and I’ve lived a fairly good life. But this lad is only 11 and he’s never seen and the odds are he never will, So what the hell am I moaning about?’”

Such an attitude probably helped him win the first battle with cancer, after which he returned to running and completed another three marathons. Deirdre points out that Maurice avoided surgery at that stage as he wanted to ensure he was able to get back to running. But five years later he found out the cancer was back and had spread to his spine.

His daughter’s documentary, produced as part of a film production course in Dublin’s Filmbase, captures Maurice while he is going through chemotherapy. Despite being told the cancer has damaged his back and he shouldn’t run in case he falls, he is determined to get back out on the road.

Getting back on track
The 12-minute-film follows Maurice, as the self-confessed running addict conducts a daily regime of weights, exercise and static cycling, in a bid to get fit enough to get back running. Throughout it all, Maurice gives his opinions on life, illness, the nature of running and whatever crosses his mind, while maintaining an upbeat attitude and displaying a quirky sense of humour.

One of the most touching scenes is when Maurice meets his running friend of 30 years, Eddie Harrison, for a walk/training session in the grounds of Ardgillan Castle. The easy banter between them charms viewers and not surprisingly Going the Distance picked up the Audience Award at Dingle International Film Festival 2013.

Maurice says he’s pleased with the documentary primarily because it “wasn’t rehearsed and was done for a lark” and fondly remembers the day 10 young people descended on Skerries to film it. Deirdre has now decided to make it available online so she can move on to her next project and the response in the first week – from runners and triathletes in particular – has been overwhelmingly positive.

Maurice now concedes he won’t run again – he is currently on a drug trial to try and beat the advanced cancer – but still carries out a daily exercise regime.

As he memorably says on screen: “I can’t see how rehabilitation is all about sitting still in an armchair and being careful with yourself.”


View Going the Distance at vimeo.com/85677240 . Deirdre Mullins is on Twitter @DeirdreMullins

Two to savour: A German Riesling and an Austrian Zweigelt, each for less than €8
10