Caught in a cycle of bad eating habits? Help is at hand . . . 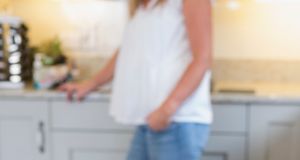 Last week I looked at the importance of reducing treats such as sugary snacks and drinks for children as a means of building good family eating habits. This week I look at what you can do when you are already trapped in bad eating habits and how you can take steps to change these.

Establishing good routines are the key to creating ongoing change in a family. Once something becomes habitual it requires no effort and the benefits reinforce the habit.

Even if you don’t stick to it every day, the fact that you do most days means you are on target for success. Below are some tips for getting started.

Rather than going for broke and trying to change too much, focus on making some small but significant changes. Tiny changes made daily can have large and sustainable long-term effects. For example, cutting out sugar on cereals or fizzy drinks during the week, or introducing one vegetable in the family dinner can drastically reduce the unhealthy calorie intake of children over time.

Also, it is much more motivational to make one small change and keep to it than to attempt big changes that are likely to fail.

Focus on the good habit you want

It is much more effective to focus on a good habit you want to create than the bad habit you want to eliminate. Supposing you want to stop the habit of drinking fizzy drinks during meals or eating biscuits in the evening: if you simply focus on the things you don’t want, this can actually increase your desire for them and make you miserable when they are gone. (Just as when Adam was told in the Bible not to eat the apple, this made him obsessed with eating it.)

Instead, it is more effective to think of attractive new habits you want to create. Some of these might provide alternatives to the unhealthy treat such as “having ice cold milk with dinner” or “eating a piece of fruit afterwards” and some might have nothing to do with the original habit.

For example, instead of comfort eating biscuits in the evening, you might decide to read, play music or to go for a walk. Or instead of having a dessert after every dinner, you might introduce a habit of having a family game one or two evenings a week.

Rather than jumping in and imposing a new habit, take time to involve children in the decision and to prepare them for change. For example, you might sit down with them and say “Listen I was thinking we have all got into the habit of too many sweets at home – what do you think?” or “I was thinking that we should have some healthy treats after dinner – what ones would you like?”

With children, look up healthy food choices online or get a book from the library that you can read together. Taking time to involve children will increase their ownership of the new habit. They might even become more motivated than you to put it into action.

When making changes that are hard to sell to children or when the old bad habit appears more attractive to the children, it is useful to introduce temporary rewards as a means of kick-starting the new habit.

For example, you might agree that instead of a treat in the lunchbox you give them a small token daily. Once they collect seven they can cash this in for a non-food treat such such as coloured pencils, rubbers, clips, football stickers etc.

Alternatively, with older children you might reward them with positive experiences, such as a trip to the park or time doing a game, at the end of the week, once they keep the new habit. Also, you can introduce fun goals with children that help break old habits such as setting the target of trying five different colour vegetables and getting a special star for each one tried.

Next week, in the last of our three-part series, we look at how to ‘say No’ when they pester you for treats.