The majority of funerals in this country are still Catholic, a rural priest talks about the phenomenon 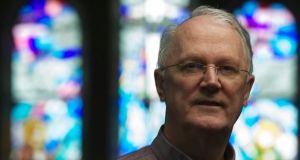 “The Catholic funeral is about conducting the person over the last great threshold of life into death, and it’s based on the belief that beyond this life there is a door that leads into a different kind of life where the person will live happily ever after,” says Fr Brendan Hoban.

“But it would be regarded as very cold for a priest to speak just about the theology of death as distinct to the life journey of the person who has died.”

Hoban is based in Moygownagh, in Co Mayo, where most people have Catholic funerals. “In rural areas the funeral would be Catholic even where you have someone who would be known as having little time for religion.”

How does he feel about that? “It can be difficult, and you have to respect the rights of the individual person – not that you would start discussing the fact he or she was an atheist, but you would respect the journey they had been on and the principals they had lived by and so on. The funeral Mass really isn’t just for the person who has died. It’s very often for the people who are alive. It’s often about their wishes and needs rather than the wish of the person who has died.”

In recent times people have expected more flexibility from the Catholic funeral Mass. Although dioceses can have strict rules about whether they permit secular music or eulogies, in practice these decisions are often left to individual priests.

“There would be some who would adopt a very ideological approach and feel that the sermon or the homily should talk about the resurrection, and that you wouldn’t have in the offertory procession a series of emblems signifying aspects of the person’s life or a eulogy at the end of Mass, but that’s one extreme.”

The reality, he says, is that most priests “recognise that this person who had died wasn’t just a soul but had a life and a body and a history”.

Hoban has mixed feelings about eulogies. “People can end up telling jokes that don’t come off or passing remarks that are insensitive.” But he does like some of the other personal details that attend the modern funeral Mass. He recalls the recent funeral of an elderly woman. “A few days before she died she was in intensive care in hospital, and she sang ‘Red Is the Rose’ for the doctors and nurses. I mentioned that in the homily, and at the end of Mass a girl with a beautiful voice sang ‘Red Is the Rose’ as the coffin was being carried out of the church. People knew its significance, and the whole congregation as one voice seemed to join in the chorus.”

He has no problem with secular music, then? “None whatsoever. It’s an issue in some churches, but most priests nowadays would use their own discretion. We’re not talking about Bono singing rock stuff.”

Recently, he says, a friend attended a funeral where the woman hadn’t been religious and had left very specific details about how her funeral should be organised. “The family gathered expecting the usual Catholic funeral and were appalled that the priest wasn’t there and that prayers weren’t said. In rural areas people would be very conscious of what [other] families would say. There’s a lot of pressure to revert to tradition.”

But is that a good reason to have a traditional Catholic funeral?

“It probably isn’t, but at the end of the day, in terms of caring for people and helping people, it’s a justifiable enough strategy.”

Conor Pope: At 19km/h, I have never felt less like an athlete
9