Where in the world will our best wines come from this year?

Discovering new wines from new regions can be a very satisfying experience, so where in the world will the best ones this year come from? 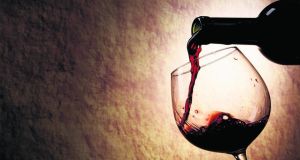 Wines from eastern Europe, the Balkans and the eastern Mediterranean will continue to interest wine-lovers in 2015. Photograph: Getty Images 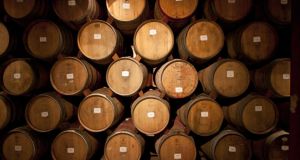 The list of wine-producing regions around the world grows every year. At one time wine books argued that in order to produce quality wine, a vineyard had to be located between 30 and 50 degrees north or south of the equator.

If you take a look at any world map, this covers all of the world’s great wine-producing regions. Only these regions had the temperate climate necessary for viticulture. Large swathes within these bands, including parts of China, Russia, Iran, Turkey, Japan, and South Korea, have yet to develop quality wine industries, although some, such as Russia, produce large quantities of wine and have great potential.

Other countries, such as China (already the world’s fifth largest wine producer), are working hard to expand and improve their wines, with some success. At the moment most Chinese wine is drunk in China, but we can expect to see it here soon.

Several Muslim countries, including Turkey, Iran and Algeria, have large vineyard plantings, but for religious reasons, these are dedicated to other, non-alcoholic products.

However, the wine books have been slowly updated as the wine-producing world has expanded north and south over the last decade. An increased knowledge of viticulture combined with a changing climate allows regions once considered unsuitable for viticulture to produce good – and occasionally excellent – wines. These would include cooler countries such as the UK and Denmark, as well as larger countries with sub-tropical climates such as India and Brazil.

However, it can take an entirely new region a decade or so to start producing quality grapes.

We are also relatively conservative drinkers, preferring tried and trusted grape varieties, regions and countries. For this reason I suspect that changes in our drinking patterns will be small, and most new wines will be sourced from new regions in Europe, mainly France, Spain and Italy, as well as the more go-ahead New World countries. I also predict that eastern Europe, the Balkans and the eastern Mediterranean will continue to interest wine-lovers, although few of these can compete at the volume end of the market.

Greece seems best poised to take advantage of our increased interest with a plethora of its own local grapes. Croatia is not far behind. Our interest in Pinot Noir will continue to grow; Chile, New Zealand and Germany are the main providers, with both Australian Pinot and Burgundy looking a little expensive. I can also see us drinking more Blaufränkisch from Austria as well as some of its excellent white wines.

From Spain, our interest in Galician wines will expand to include the lesser-known regions such as Monterrei, Valdeorras and Ribeira Sacra. There are some fascinating wines being made in this part of Spain.

Just over the border, Portuguese white wines from the northern part of the country will continue to impress; look out for Alvarinho that competes favourably with Spanish Albariño. Other cooler Atlantic regions of Portugal are starting to produce some delicious white and red wines.

In recent years we have seen an increased demand for lighter, less oaky and alcoholic wines. I believe this trend is set to continue. It is interesting to note that both Chile and Australia, once home of the big bruisers, are now focusing on less hearty wines. Chile has been expanding into new cooler regions for the last decade.

In 2004, Santa Rita began a move in to Pumanque in the Colchagua Valley; more recently it has been joined by MontGras and Luis Felipe Edwards. They believe this large virgin valley has tremendous potential. You can judge for yourself by trying the Santa Rita below, where almost all of the grapes were sourced from Pumanque.

Regarding vintages, if you can find European wines from 2010, I would lap them up. In recent months, I have tasted some excellent wines from Piedmont, Tuscany, Bordeaux, the northern Rhône and Burgundy from this vintage. Despite being praised and then damned as too lush, the 2009 vintage is also providing me with some pleasurable drinking. I hope you enjoy many great bottles of wine with friends and family over the course of 2015.